You Can Have That Road, Alphonse … No! You Take It, Gaston! 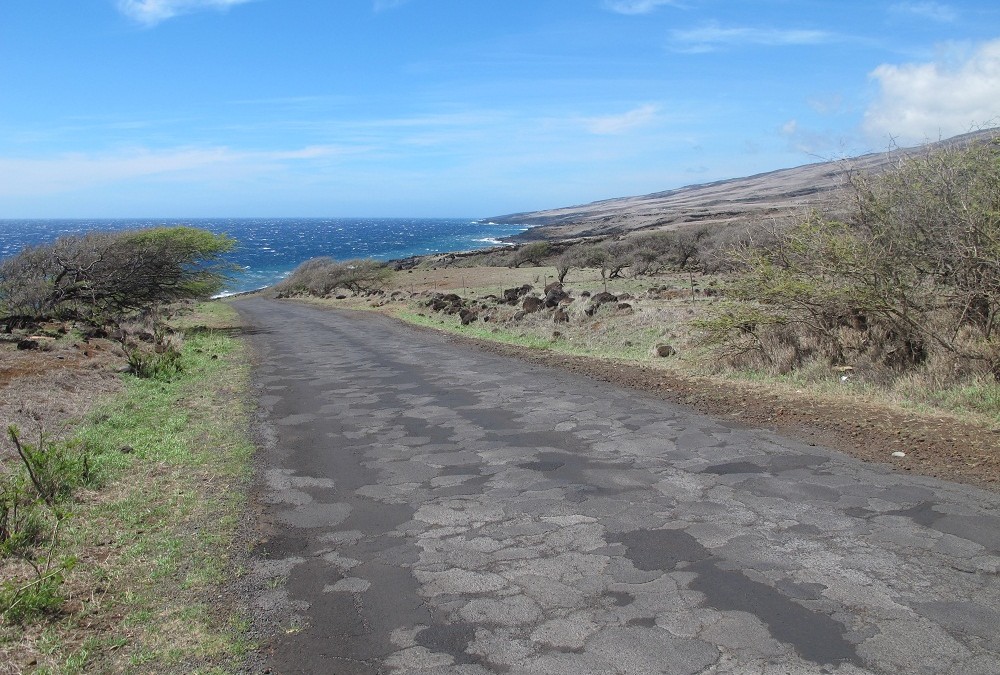 CNBC’s recent rankings of “America’s Top States for Business” pegged Hawaii at #50 overall, despite a #1 rating for quality of life. One factor that led to Hawaii’s rock-bottom position was the condition of its roads and bridges. A big contributor to this state of affairs is that the State and counties aren’t clear on which roads they own, they don’t want to maintain them if they don’t know that they own them, and so there are a number of roads that are not getting maintained. Welcome to “Roads in Limbo.”

When Hawaii was a kingdom, there were no counties; all roads belonged to the people through the sovereign. The counties were established in 1905, and while the counties were given certain rights and duties with respect to the roads in the following years, the division of roads into territorial and county highways did not happen until 1947. The law now defining state versus county highways, which dates back to 1963, refers to state highways as those acquired by or under jurisdiction of the Department of Transportation, and county highways as all other public highways. The law also mentions private roads that are surrendered or dedicated to the government and clearly says that in that context the government’s legislative body (such as the county council) needs to accept the dedication before the government takes over the road.

The big question left open by these provisions is what happens to roads that were never private, but were originally government roads. Is the State allowed to say, “Hey, county, this road is in miserable, substandard condition so it’s now yours, you now bear the responsibility of fixing it, and by the way, if an accident happens on that road because of the dilapidated condition it’s in, the liability is now yours as well?” The State says yes, that is in fact what the law says; the counties say that the State has no right or power to do that, and besides, that it is tremendously unfair. The result is that neither side wants to maintain the roads, other than perhaps sporadic “humanitarian gesture” patching when people complain loudly, for fear of inheriting the road and the responsibilities and liabilities that come with it. The problem is not a small one. On the Big Island alone, the County Department of Public Works has identified over 122 miles of existing roads in limbo. Other counties have less clarity around where the roads in limbo are.

In 2012, the legislature directed the Department of Transportation to convene a state-county working group to hash these issues out. That group was unable to reach agreement and was thinking of asking their respective attorneys if there was a way to fight it out in court or in a similar kind of forum.

Earlier this year when the extension of the Honolulu County rail surcharge was being considered, lawmakers were thinking of attaching a provision that would force counties to accept roads in limbo. Apparently lawmakers were thinking that it would be a small price to pay for the opportunity for counties to swell their coffers by adopting (or continuing) a general excise tax surcharge. That provision didn’t make it to the final version of the bill.

Folks, this “After you, Alphonse” mentality can’t be allowed to continue. The longer we wait, the worse the roads get, the more expensive they are to fix, and the tougher it gets for either the state or county to accept them. Repair and maintenance costs come out of taxpayers’ pockets in any event, and when the two governments fight we pay them both and repair nothing. So it’s in all taxpayers’ best interests to get the matter put to bed, and soon. Let’s get that working group together again, this time with people who have fiscal authority. We suggest that the State, which has more funding mechanisms at its disposal, should pick up the slack, and let’s get the problem dealt with.