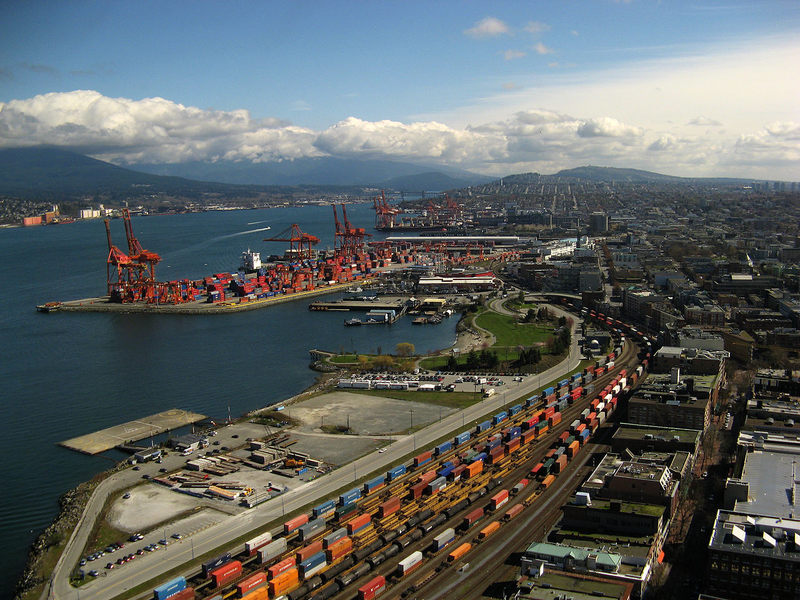 The Garden Island published on Sunday, August 30, 2015, a response from a Jones Act supporter to Steven McMacken’s letter published Saturday, which was critical of the Jones Act and stated that it causes higher transportation costs to Hawaii. In her response, Suzan Kelsey Brooks, also of Lihue, Kauai, claims that the Jones Act helps Hawaii and repeats some of the usual canards promulgated by the Jones Act industry to defend the federal protections it enjoys.

Brooks’ opposition to liberalizing the Jones Act – that is to removing or loosening Jones Act restrictions – is based upon her desire to ensure national security through maintaining a strong U.S. merchant marine. Typically, this line of argument in defense of Jones Act cabotage is based upon three legs: (1) sealift, (2) shipbuilding industrial base and (3) seafarers.

However, as the great 18th Century British man of letters, Dr. Samuel Johnson, famously said (on April 7, 1775), “patriotism is the last refuge of a scoundrel.” Recommending that any recourse to national security must be viewed carefully.

Actually, that has already occurred. Less than 1% of ocean cargo volume in the foreign trade of the U.S. are carried by U.S. flag ships (that includes both Jones Act ships and non-Jones Act foreign built U.S. flag ships). In domestic Jones Act trades, there are only 92 large oceangoing ships of the kind that are employed between the U.W. West Coast and Hawaii representing less than 1% of the world fleet. According to the U.S. Bureau of Transportation Statistics, as recently as 1960, the U.S. flag fleet of large oceangoing ships numbered 2,926, representing some 16.9% of the world fleet.

Books asks, “Do we want to be at the mercy of another country . . . what would food and goods cost if there was no possible recourse to assistance from a weakened American shipping industry?”

Presumably, Brooks is saying that if Jones Act cabotage were to be completely eliminated, U.S. flag shipping would not survive and Hawaii would become dependent on the ships of foreign country who would then take advantage of the market and raise their prices. There is no question that wholesale elimination of Jones Act cabotage would substantially change the domestic shipping industry, particularly in terms of the domestic construction of large oceangoing ships, which would come to an end because costs are too far out of line. However, foreign flag shipping would not come to dominate domestic U.S. shipping for a variety of reasons. Even if we assume foreign flag shipping would dominate domestic shipping, that market would resemble the foreign trade of the U.S. where many foreign flag shipping companies vigorously compete and freight rates are far lower than those offered by Jones Act ocean shipping.

Brook asks, “Does Hawaii want to lose the security of legal immigration and anti-terrorist measures . . .?”

And to further her readers appreciation of the threat, Brook said, “Imagine shore leave for low-wage sailors with Ebola, or a bomb coming into a harbor along with fresh produce.” That is, Brooks states eliminating Jones Act cabotage will open the door to illegal immigrants, terrorists, epidemics, and bombs. I will ignore the seeming open borders policy for illegal immigrants and, by extension, terrorists today. According to the American Association of Ports Authorities (AAPA), there are some 360 commercial sea and river ports in the U.S. that accommodate international trade. At these ports the foreign flag ships typically represent more than 80% of the ship calls. In other words, U.S. commercial ports already experience a very high level of foreign flag shipping without the coming of Armageddon. Perhaps, Brook would have the U.S. government ban all foreign flag shipping from U.S. ports and essentially shut down the foreign trade of the U.S. in the interest of national security. Of course not – this is just another Jones Act canard.

Without knowing more about Brooks, it is not possible to know whether she knowingly made these false statements to mislead her readers, or whether she has heard these scare stories from others and simply repeated them.

According to the Garden Island archives, Suzan Kelsey Brooks is a regular writer of letters to the editor with 24 letters published since January 16, 2011 on a wide variety of subjects.