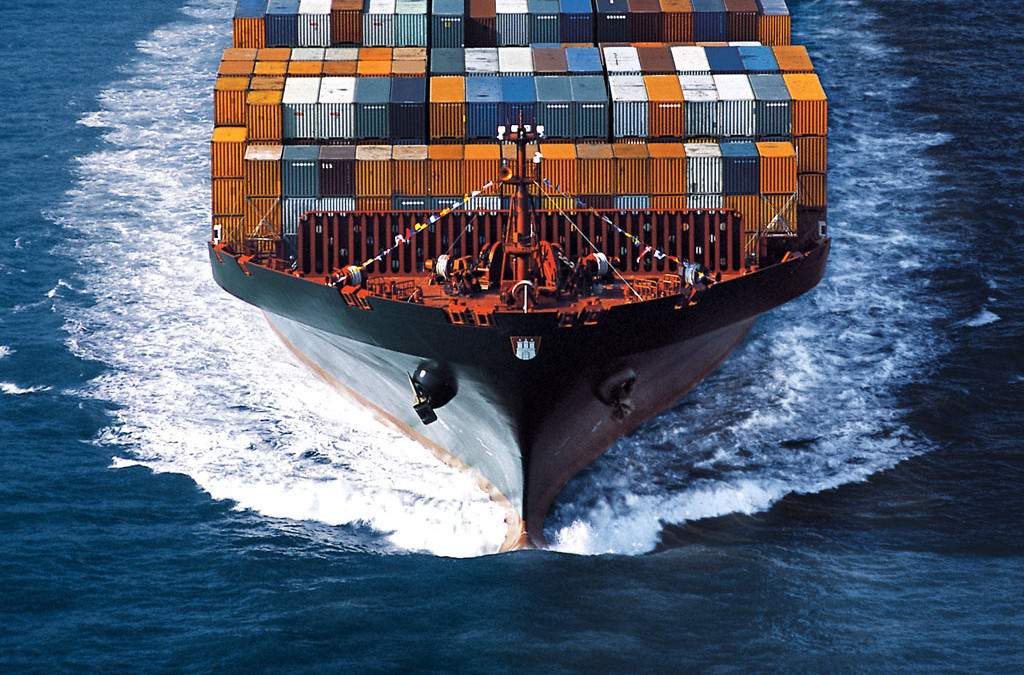 The Merchant Marine Act of 1970 (P.L. 91-469) authorized the U.S. Maritime Administration (MARAD) to issue regulations governing cargo preference shipments by the other agencies.

These U.S. flag international trade ships are manned with a full U.S. crew (all officers and 75% of unlicensed crew must be U.S. citizens and the balance of the unlicensed crew may be resident aliens, also known as green card holders).  These ships are more expensive to operate than their international competition which are largely operating flag of convenience (FOC).

As of December 31, 2014, sixty (60) of the U.S. flag international trade ships were enrolled in the Maritime Security Program (MSP) and receiving an operating subsidy of $3 million per annum.  MSP is administered by MARAD.

The GAO report was requested by U.S. Senator Bob Corker, Chairman, Committee on Foreign Relations, United States Senate, and U.S Representative Edward Royce, Chairman, Committee on Foreign Affairs, House of Representatives.  As chairmen of the committees of jurisdiction, they made the request on behalf of the State Department and the U.S. Agency for International Development (USAID).  The USAID provides a majority of the food aid under the Food for Peace Program (P.L. 480), and a smaller proportion is provided by the U.S. Department of Agriculture (USDA).

Sen Corker, Rep Royce. the State Department, USAID and the international aid community are collectively seeking the ability to use more foreign flag shipping for the Food for Peace cargoes to save on freight expense and make the government’s aid dollars go further in actually providing food.

MARAD and the Jones Act / U.S. flag maritime industry are seeking more stringent requirements to use U.S. flag shipping for preference cargoes.  The U.S. shipping interests claim that it is necessary to maximize preference requirements to support the U.S. flag international trade fleet and maintain that sealift capacity for national security purposes.

The GAO recommends that the Congress pass new cargo preference legislation to more clearly establish when a U.S. flag ship must be used and conversely when a foreign flag ship can be used.

The GAO found that over the period from April 2011 through June 2014, the USAID and USDA’s cost of shipping U.S. flag was 23% greater than would have been by foreign flag.  The GAO was also unable to substantiate whether or not the Food for Peace program preference contributes to sealift capacity for the purposes of national security.

This GAO finding is important for the noncontiguous jurisdictions – Alaska, Commonwealth of the Northern Mariana Islands (CNMI), Guam, Hawaii and Puerto Rico – which are completely reliant on Jones Act shipping for interstate surface transportation.

We now know that Imposition of U.S. flag shipping on international trade lanes increases freight costs by 23%.  The U.S. flag international trade cost does not include the Jones Act cabotage domestic ship build requirement, which is substantially greater in magnitude.  As the cost of a U.S. newbuilding is four to five times that of constructing a comparable ship in Japan and South Korea, presumably the Jones Act build provision adds considerably more to the cost of domestic shipping.

The U.S. Government Accountability Office said in a report issued Friday CPFA requirements have increased the overall cost of shipping food aid by an average of 23 percent from April 2011 through fiscal year 2014.

“Cargo preference laws require that a percentage of U.S. government cargo, including international food aid, be transported on U.S.-flag vessels according to geographic area of destination and vessel type. One intention is to ensure a merchant marine — both vessels and mariners — capable of providing sealift capacity in times of war or national emergency, including a full, prolonged activation of the reserve fleet,” GAO said. But it added “the contribution of such requirements to sealift capacity is uncertain.”

The GAO report noted that different food aid requirements for the U.S. Agency for International Development (USAID) and U.S. Department of Agriculture (USDA) contributed to a higher shipping rate for USDA.

In July 2012, the minimum percentage of food aid to be carried on U.S.-flag vessels was reduced for USAID so that the agency was “able to substantially increase the proportion of food aid awarded to foreign-flag vessels, which on average have lower rates, helping to reduce its average shipping rate,” noted GAO.

USAID paid $281.5 million in shipping costs, $44.9 million or 16 percent more than the estimated $236.6 cost of shipping without preference requirements between April 2011 and the end of Fiscal Year 2014.

Requirements for the amount of food aid that must move on U.S.-flag ships “has varied over the years, and was reduced from 75 to 50 percent in 2012,” said GAO.

The agency recommended that since cargo preference serves statutory policy goals, Congress should consider clarifying cargo preference for food aid legislation “to define ‘geographic area’ in a manner that ensures agencies can fully utilize the flexibility Congress granted to them when it lowered the CPFA requirement.”