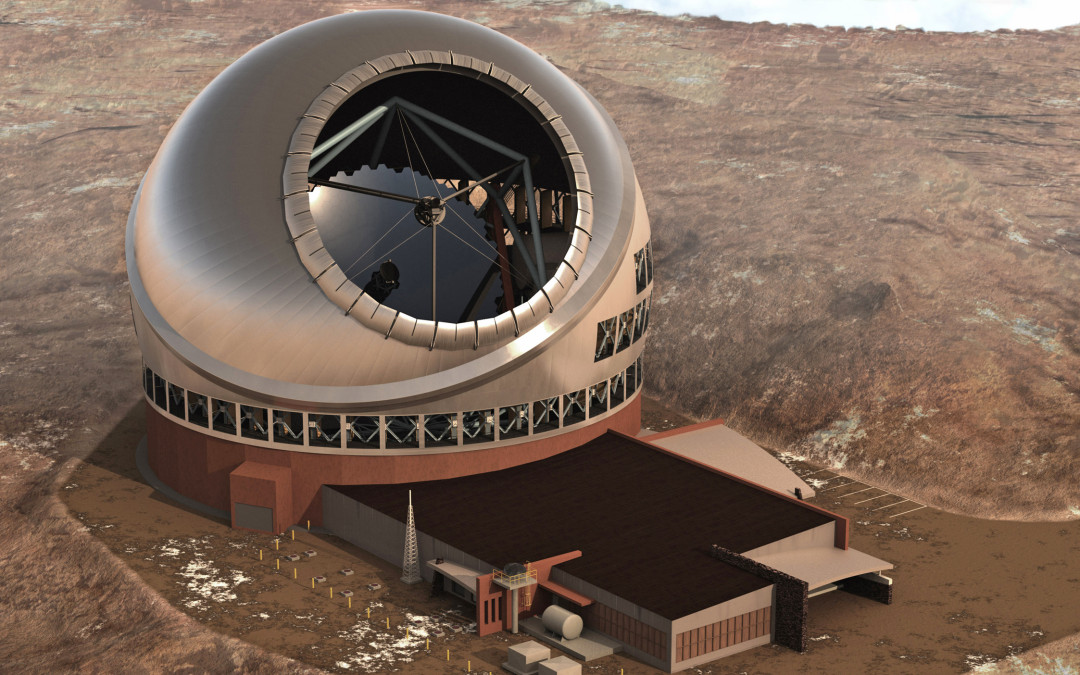 Oral Arguments part II
Three points before we get to our more involved thoughts on the oral arguments in what is known as the “Thirty Meter Telescope” case, Mauna Kea Anaina Hou v. Bd. of Land and Natural Resources, No. SCAP-14-0000873:

The question of whether to build another high-tech telescope on Mauna Kea is the environmental/cultural flavor-of-the-month it seems. There are already a dozen telescopes on the State-owned mountaintop’s “Conservation” land, so the place isn’t exactly pristine, and not quite “where no man has gone before.” But the thought of adding one more telescope has resulted in high-altitude protests, the Governor sorta weighing in, and even the New York Times covering it.

The article “Observing Mauna Kea’s Conflict,” from the Harvard Journal of Law and Technology, is perhaps the best summary of the merits of the case, and the issues.

The locus of the issue has now shifted — as it most often does with land, cultural, and environmental matters — to the Hawaii Supreme Court.

This is the appeal, transferred from the Intermediate Court of Appeals to the Supreme Court, by those claiming a cultural interest in the Mauna Kea mountaintop. They argue the Board should not have issued the University the permit because it was improper to grant the permit before holding a contested case (administrative trial). They are seeking a remand to the Board for another contested case. The makeup of the Board has changed dramatically since the permit has granted, and the Board is almost — if not entirely — comprised of new members, so we presume that they’re hoping that a do-over will get them a different result. The Board and the University, however, contend that the permit which was issued before the contested case was merely a “preliminary” or “conditional” permit that expressly forbid construction, and the Board thereafter held an exhaustive contested case hearing before issuing the final permit allowing construction.

On to the arguments.

The key question of the day was asked starting at the 58 minute mark in Part 1. Justice McKenna, as she often does, zeroed on what we think is the issue at the heart of the case when she asked the advocate for the University, “How do you … Kilakila, this court said that a contested case — this was the conclusion — a contested case hearing should have been held, as required by law, and properly requested by Kilakila O Haleakala, on UH’s application prior to BNLR’s vote on the application. Isn’t that pretty clear?”

The case to which she was referring was a recent Hawaii Supreme Court decision involving the issuance of a CDUP for a telescope on the top of Maui’s big mountain, Kilakila O Haleakala v. Bd. of Land and Natural Resources, 131 Haw. 193, 317 P.3d 27 (2013). In that case, the Board did pretty much the same thing — issued a permit and only thereafter considered a request for contested case. The Supreme Court rejected that approach, holding that the Board’s decision to approve the permit without first acting on the requests for a contested case were themselves administratively appealable under the Administrative Procedures Act.

That decision was, technically speaking, only about the jurisdictional question — and the Board there ultimately rejected the requests for a contested case, in contrast to here, where it agreed with the request and held a hearing. So the case may be distinguishable. But we don’t think it is, at least on the big question of whether the Board should be taking actions like issuing permits before it actually holds a contested case. So we’re predicting that the court’s eventual ruling in the Mauna Kea case will have much of the flavor of Kilakila, and the same result: the Board loses. [Sidebar: the Kilakila case is again being considered by the Supreme Court on the substantive issues, as we noted in this post. Telescopes on mountaintops are controversial in Hawaii, it seems.]

Moreover, although Kilakila is a case that is about jurisdiction, it’s really about not putting the cart before the horse. The idea of rendering a verdict — or issuing a permit — before actually having a trial is, in the words of the Mauna Kea appellants’ counsel, “repugnant” to basic principles of fairness. Courts don’t render their verdicts before the trial. And in our read, a majority of the Justices will agree.

That being a very well-established principle, you might ask how the Board thought it could issue a permit and only then hold a hearing to consider whether to issue it. For that, we return to the second of our initial points: Hawaii administrative law can be horribly opaque, and when presented an unusual process that requires the agency to shift between its executive and judicial functions, while trying to accommodate myriad “stakeholders,” and trying to get it done on time and within a budget, agencies often take their best shot at getting it right. Sometimes, the process they settle on ends up somewhere in between a public hearing and an administrative trial, and is therefore is subject to challenge.

We really don’t buy the Appellants’ argument that the fix was in and the Board predetermined the result. There’s no evidence of that. The contested case was, by all accounts, exhaustive. And, as the Harvard Journal linked to above noted, “the native Hawaiians’ [substantive] legal arguments are generally thin and unlikely to succeed on appeal.” We agree, at least on the underlying merits; although we disagree on the procedural question currently being reviewed by the court.

A majority of the Justices, however, seemed to view the permit the Board initially issued — which counsel attempted to characterize as merely “conditional” because it did not allow the University to actually start construction — as nothing of the sort. Justice Pollack in particular hammered the University’s and the Board’s counsel, expressing his view that the preliminary permit was a final permit and not at all conditional, because it approved the TMT project. He also threw Appellants’ counsel this softball at the 15 minute mark:

JUSTICE POLLACK: Is there anything in the rules that say that permits shall be approved before the contested hearing so that the issues can be better understood by the parties? … And isn’t there a procedure for — if you want to set forth the issues — 13-129 says the party requesting it shall state explicitly the issues and the — disagreement the requester has with the application — not with the approval — with the application. And 91-9 talks about the requirement of setting forth the issues … there’s nothing that says that’s done through a particular notice. That’s not done after approving an application before the hearing. Is it? Is there any procedure in the rules that allow this?

COUNSEL: No, Your Honor.

While no other Justice was as adamant (or returned to this line of questioning as frequently), none of them exhibited any obvious enthusiasm for the University’s and the Board’s repeated claims that the initial permit was like a preliminary ruling from a court which allowed the parties to see which issues the Board was thinking about, to allow them to focus their attention on the key questions. Thus, it appears that a majority (Justices Pollack, McKenna, and Wilson, at least) will reject the argument that the initial permit was just a step in the overall process, and that the Board could thereafter conduct the evidentiary hearing, and then issue the “final” permit.

Here are other reasons why we’re predicting a win for the challengers:

Thus, we’re doubting that the University of Hawaii is going to go on some kind of star trek on Mauna Kea any time soon, and we predict that at least three of the Justices — and perhaps a unanimous court if the Chief Justice keeps the opinion for himself — will rule for the challengers.

A few months time will tell us whether we’re right.