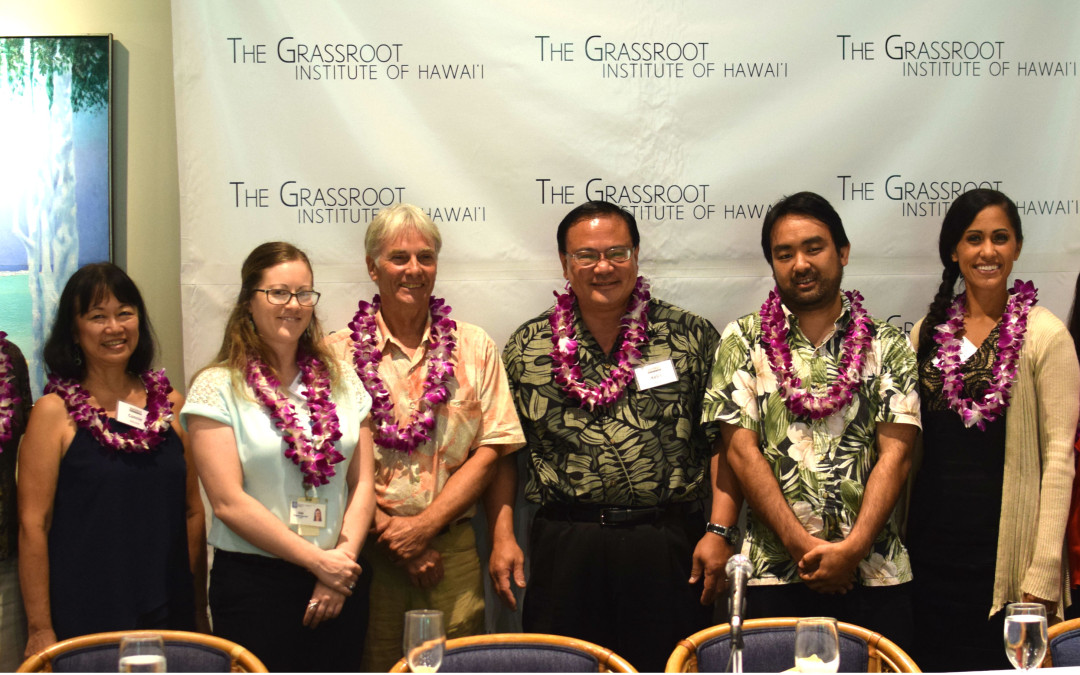 On September 21st, the Grassroot Institute held an important panel discussion on free market solutions to homelessness and affordable housing. Moderated by Dr. Keli’i Akina, the panel featured a number of distinguished experts and community activists. That panel is now available to view online–just click play below or go here to view on You Tube. (And see below for the transcript of Dr. Akina’s opening remarks and the list of panelists.)

At the outset, I want to thank each and every one of our distinguished panelists today. You are doing good work in the community, and one of the purposes of our panel is to highlight that. Thank you for your commitment, creativity and courage.

The Grassroot Institute of Hawaii is pleased to come alongside you, cheer you on, and play a complementary roll with the work that you and other community and government organizations are doing.

There are two approaches to meeting the needs of the least advantaged in society. And both approaches are essential and must take place simultaneously.

The first approach is on the ground level. It’s the meeting of the immediate needs of the least advantaged for food, clothing, shelter, and health care. Those who serve at this level are really the boots on the ground, the heroes, in the endeavor to alleviate poverty and homelessness.

But there is a second approach that is frequently neglected or absent. And that is the revamping of the economy according to free-market principles in such a way that will benefit all people including the least advantaged in society.

The term free-market is often misunderstood or promoted in its extreme, so at the outset let me at least say what we are not talking about. Free-market economics does not mean that the poor must fend for themselves with no safety net. It does not mean survival of the fittest according to the Gospel of Gordon Gecko of Wall Street. Nor does it mean that Government has no role to play at all.

Free-market principles are those which allow the market to work in the most natural way harnessing the forces of supply and demand with the least amount of government interference. The free market allows individuals and companies to exchange freely with each other in the environment of healthy competition, ultimately providing consumers with the greatest amount of choice. When free-markets operate well, government has a limited and accountable role, most significantly in the insuring of the rule of law, which protects individual property rights and insures that contracts are upheld.

Research shows that wherever in the world free-market principles are implemented, the economy flourishes and all segments of society, the wealthy and the poor, are better off in terms of economic and human rights. That is why  Grassroot Institute monitors this research and has become a research collaborator and co-publisher of the Economic Freedom of North America report of the Fraser Institute, to be released again this Fall.

Economist Stephen Moore in his book Who’s the Fairest of Them All? surveys economies in states and nations across the world and has documented an important finding. In the economies that follow free-market principles, the needs of all people along the economic spectrum, for food, clothing, shelter, and healthcare, are met at the highest levels. All segments of society are better off in free-market economies.

To apply this result here in Hawaii, the Grassroot Institute is researching and developing policy in multiple areas. Let me close with ten of our initiatives, which I like to call, “10 things Hawaii Can Do So That Everyone Gets Richer.”

Well, that’s our “10 things Hawaii Can Do So That Everyone Gets Richer.” If we could do enact even a small handful of these 10 initiatives, life would definitely be better for the poor in Hawaii.

Now, you may not agree with each of these policy proposals, and even at the Grassroot Institute we will continue to debate and update our work. So I do not want to give the impression that any of our panelists necessarily agree with all things that I have shared. But the reason I have invited them is that they are doing some exemplary things in terms of free-market principles. Remember free-market is a broad banner. It can include public private partnerships with government, faith-based work, and completely private sector endeavors.

So let’s turn now to some truly exemplary programs and approaches represented by our panelists.

Lisa Darcy is the Executive Director of the Ho’omoana Foundation, a Maui-based organization dedicated to assisting financially and emotionally disadvantaged individuals in the community. Lisa has had more than 25 years of experience helping people with chronic mental health issues, and homelessness issues. She sits on the State Commission on Homelessness.

Connie Mitchell is the Executive Director at the Institute for Human Services, a 501c3 non-profit with the mission of providing relief for the unsheltered. Their vision is, “a community where everyone has a right to, and responsibility for safe, decent, and affordable housing.”

Erin Rutherford is a program supervisor at Catholic Charities Hawaii. She is also on the Executive Committee for Partners in Care, and she leads community efforts for nationwide homeless initiatives. Erin is spearheading efforts to end veterans homelessness, and also works closely with the neighbor islands on this issue.

Victor Geminiani is the executive director of the Hawaii Appleseed Center for Law & Economic Justice, a 501c3 law firm created to advocate on behalf of low-income individuals and families in Hawaii on civil legal issues. Victor has spent the last 45 years trying to improve the lives of low-income people across six states.

Rep. Andria Tupola is a Republican member of the Hawaii House of Representatives, representing District 43. She currently serves as Minority Floor Leader, and has been active in the homelessness and affordable housing issue in her community.

Sen. Maile Shimabukuro is a Democratic member of the Hawaii State Senate, representing District 21. She has been a supervising attorney in the Waianae Branch of the Legal Aid Society of Hawaii, and she has been active in finding solutions to the homelessness issue in Hawaii.