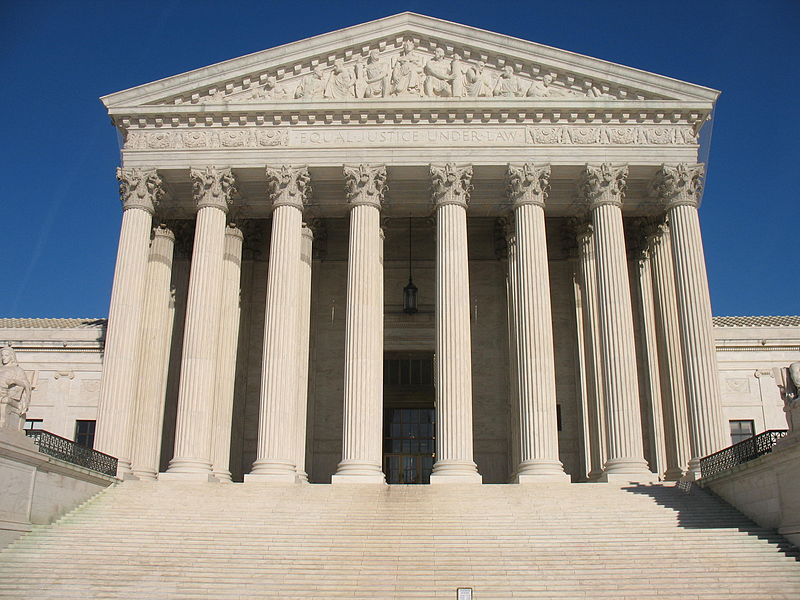 In September, I posted our amici brief in Evenwel v. Abbott, No. 14-940, the reapportionment case which the U.S. Supreme Court is considering. The issue in the case is whether Texas’ use of total population when it reapportions its state legislature is consistent with the Equal Protection Clause, or whether districts must be apportioned to consider voting power. After all, the phrase is “one person, one vote,” not “one person, one … constituent.” Our brief argues that both voting equality and representational equality are valid Equal Protection principles, but the representational equality principle is the more important. Thus, it is never a violation for a state to count its entire Census-counted population, which includes those who cannot vote (aliens, minors, felons, and the like), as well as those who do vote or are eligible to vote. We filed the brief on behalf of two individuals who were plaintiffs in a case we took up recently, in which we challenged Hawaii’s reapportionment plan because it did not include the entire Census-counted population, but counted “permanent resident” in such a haphazard way so that it excluded active-duty military and their families who live in Hawaii.

So imagine our surprise when the State of Hawaii — the very state which counted less than all of its residents, and did so by a method that was guaranteed to be both over- and under- inclusive (it didn’t ask anyone where they resided, it just applied a series of assumptions) — joined an amici brief in Evenwel supporting Texas, which counts everyone.

So how does Hawaii’s brief deal with the fact that it supports a state which, in stark contrast to Hawaii, argues for counting everyone? Here’s how:

Other States moved towards using the federal Census’s total-population count after court rulings expressed doubt as to the constitutionality of other metrics. For example, although this Court had approved an interim redistricting plan in Hawai‘i that equalized the population of registered voters because it “substantially approximated” the results of equalizing total population or state citizen population, Burns v. Richardson, 384 U.S. 73, 96 (1966), Hawai‘i stopped using a registered-voter metric after a federal court determined that its redistricting plan no longer approximated the result of using a permissible population base. See Travis v. King, 552 F. Supp. 554, 564-66 (D. Haw. 1982); see also Kostick v. Nago, 960 F. Supp. 2d 1074, 1083-84 (D. Haw. 2013), aff’d, 134 S. Ct. 1001 (2014) (upholding use of permanent resident population base).

Br. at 5. While technically correct, this quote certainly gives the misimpression that Hawaii is on board with the “move towards using the federal Census’s total-population count.”

It decidedly isn’t, and Hawaii continues to count only “permanent residents” which it defines as someone who is physically present in Hawaii, and intends to remain there permanently. This, Hawaii argues, is the same thing as “state citizen” which the Supreme Court long ago said was a permissible population to count. Hawaii is one of only two states that does not count everyone, and like it has for over 50 years, Hawaii’s metric somehow always ends up not counting military personnel, while at the same time it counts others who pretty clearly couldn’t be “state citizens.”

And how does Hawaii determine someone’s intent? Does it ask them? Take a poll? Nope, it assumes that military personnel who fill out a federal form declaring where they want to pay state taxes who (rationally) choose a state other than Hawaii do not intend to remain in Hawaii permanently. It assumes that the spouses and children of those service members have the same intent. It assumes that Hawaii college students who do not qualify to pay resident tuition do not intend to remain permanently.

That wouldn’t be so bad if Hawaii also made similar assumptions about similarly large populations of other folks who may not have an intent to remain permanently, or who don’t pay Hawaii state taxes, or who otherwise should not be included as “Hawaii citizens” — aliens (both legal and undocumented) and COFA migrants, for example. But it doesn’t. Those people are automatically included, without any inquiry whatsoever.

So what we end up with is a count which systematically excludes military personnel from being represented in any state legislature (Hawaii’s military personnel are not included in any other state legislative apportionment, because they are not counted elsewhere on Census Day), while it automatically includes aliens as “Hawaii citizens.” And the federal court had no problem with that, because “rational basis” review meant that whatever the state says was good is good.

We think that there should be a more skeptical judicial eye cast on such schemes, which is what our brief argues.

Now back to your regularly scheduled programming.