Did the Jones Act Build Requirement Contribute to the El Faro Tragedy? 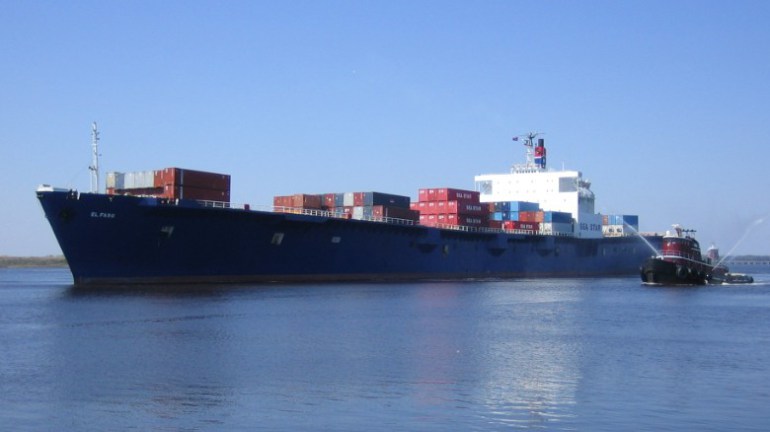 The American Shipper Magazine posted Tuesday, October 6, 2015, an article “NTSB begins investigation into EL FARO disappearance” which delves into the question as to whether or not the domestic ship build requirement of the Jones Act led to the loss of the EL FARO.

The domestic ship build requirement when coupled to the extraordinarily high cost of large ship construction in the U.S. (as compared to building comparable ships in Japan and South Korea) leads shipowners to keep their Jones Act ships in service far beyond what would be considered their useful life in international trade.

As the U.S. Coast Guard continues to search for survivors, experts say the now-likely loss off the TOTE Maritime cargo ship could be the worst disaster involving a U.S. flag vessel in decades.

A National Transportation Safety Board (NTSB) team is scheduled to arrive in Jacksonville, Fla. Tuesday to begin its investigation into the disappearance of the TOTE Maritime Puerto Rico vessel El Faro, which U.S. Coast Guard said Monday it believes sunk after getting caught in Hurricane Joaquin.

“As far as I know for U.S. flag shipping this would be the biggest loss of life since the Marine Electric went down in 1983. I know of no other merchant vessel flying the U.S. flag that has been of this proportion,” said Robert Frump, author of Until the Sea Shall Free Them: Life, Death and Survival in the Merchant Marine, which details the sinking of the bulk carrier Marine Electric off the coast of Virginia and its aftermath. That incident claimed the lives of 31 of the ship’s 34 crew members.

In addition to its normal crew of 28, five Polish nationals were working on the ship to prepare it for an upcoming visit to the Grand Bahama shipyard, where the El Faro was scheduled to have conversion work done on her in anticipation of migrating the vessel to the trade between Tacoma and Anchorage, Alaska.

Built by Sun Shipbuilding in Chester, Pennsylvania, the El Faro was launched in 1974 as the Puerto Rico and delivered in early 1975 to the Puerto Rico Maritime Shipping Authority.

“It’s easy to speak in hindsight. But most ships are considered over age at age 20,” said Frump.

“On the basis of what I know, you’ve got to wonder why you are sending a 40-year-old ship into the path of a hurricane,” Frump added.

The U.S. merchant fleet has many older ships.

Meanwhile, the sinking of a U.S. flag ship could fuel criticism of the Jones Act, which restricts the shipment goods between points within the U.S., including Puerto Rico, Hawaii, and Alaska to ships that are built in U.S. shipyards, registered in the U.S., and crewed by Americans.

Critics of the Jones Act, particularly the requirement that vessels be built in the United States, say it vastly increases the cost of replacement vessels.

The Jones Act, or its “build America” requirement, has been targeted by group such as the Hawaii Shippers Council, Heritage Foundation, and politicians such as the Sen. John McCain, R-Ariz.

Because U.S.-built and U.S.-crewed ships are far more expensive than those that are built in overseas shipyards and crewed by foreign nationals, the Jones Act fleet contains many older vessels.