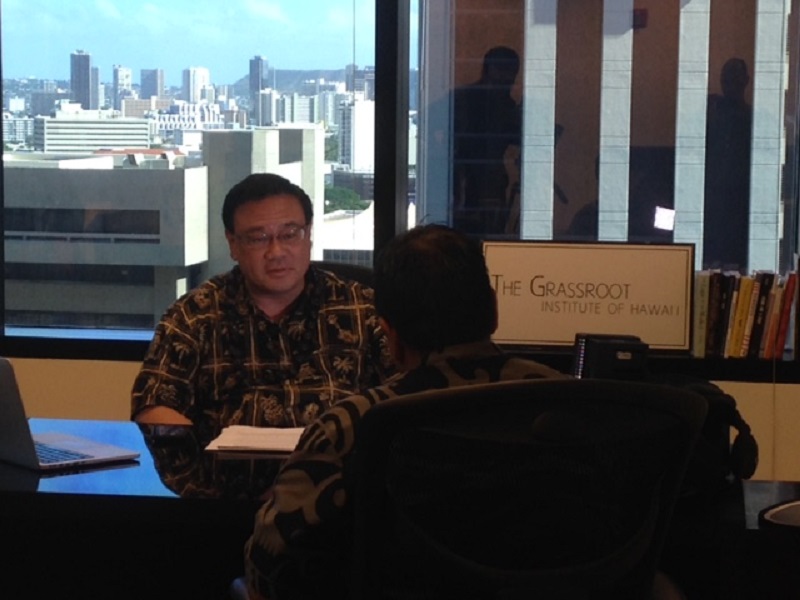 Yesterday, Grassroot released its finding that more than a half a million dollars had been paid out of the public pension fund to deceased beneficiaries. Reporter Rick Daysog of Hawaii News Now picked up the story and covered it in the evening news. You can see more below or go here to watch this exclusive report in its entirety.

A public policy think tank says the state Employee Retirement System has paid out more than $500,000 in public pension benefits to dead people.

The Grassroot Institute of Hawaii said the payments cover a five-year period and that the largest individual payout was over $50,000.

“We were astounded. We discovered that there were 130 cases in which the state government continued to pay $500,000,” said Kelii Akina, chief executive officer of the group.

Some of the payments were accidental and some recipients are reimbursing the state for the overpayments.

Hawaii News Now has learned that the state Attorney General’s criminal team has investigated about half a dozen cases involving ERS overpayments.

Akina said he believes the problems at the ERS are just the tip of the iceberg.