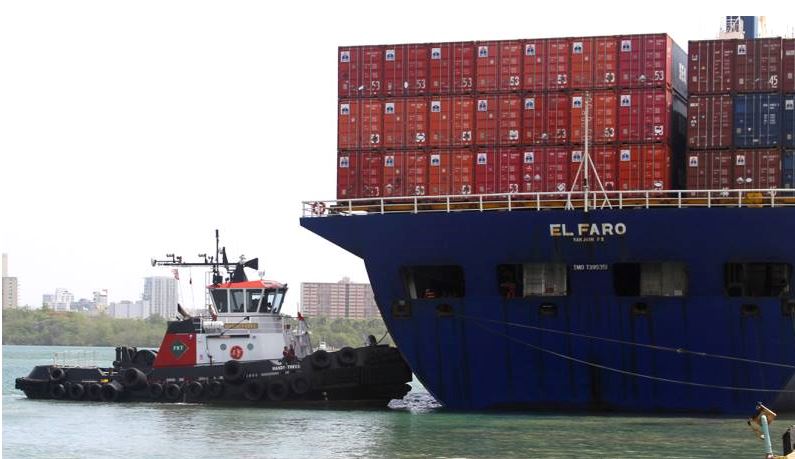 The 40-year-old cargo ship El Faro, which disappeared in the Caribbean this month with 33 people onboard, was about four times older than the global average.

Yet the vessel, built in 1975, was not at the end of its service life. After the ship completed its runs to Puerto Rico this year, its owner planned to send El Faro to Alaska for service between Anchorage and Tacoma, Wash.

The fleet’s relative age is in large part a consequence of a law nearly a century old that regulates domestic maritime commerce, critics of the law say. That law, the 1920 Merchant Marine Act or Jones Act, requires that ships serving routes between domestic ports be built and registered in the United States, and owned and crewed by United States citizens.

“One of the surprises in the case of the El Faro is that a 40-year-old ship is still navigating,” said Okan Duru, an assistant professor of maritime finances and logistics at the Department of Maritime Administration of Texas A&M University, Galveston. “But if a ship is built in the United States, the expectation is that it is put in service for a very long time.”

The domestic oceangoing merchant marine fleet declined 82 percent from 1951 to 2011. At its peak, the ocean fleet comprised nearly 1,300 vessels. Today, it has shrunk to about 166 ships and accounts for about 1 percent of the global fleet.

Of those, only about half are eligible under the Jones Act to serve domestic ports, while the rest sail overseas. More than 60 vessels are more than 20 years old, which is the normal life span of a ship.

The episode has renewed questions about whether to amend the Jones Act. The oil industry, for example, has long complained about the restrictions, which it says limit the availability of tanker transportation for its refineries and drive up its costs.

But academic studies have found a direct link between ship age and accident rates.

A 2012 report by researchers at Southampton Solent University in Britain concluded, “The evidence confirms that the majority of accidents can be linked with older vessels, a predominance of general cargo carrier accidents and a suite of worst-performing flags.”

Captain Doherty said, however: “What they have done over the past 20 years is lowering the bar. Their definition of seaworthy gets lower and lower because the ships are getting older and older.”