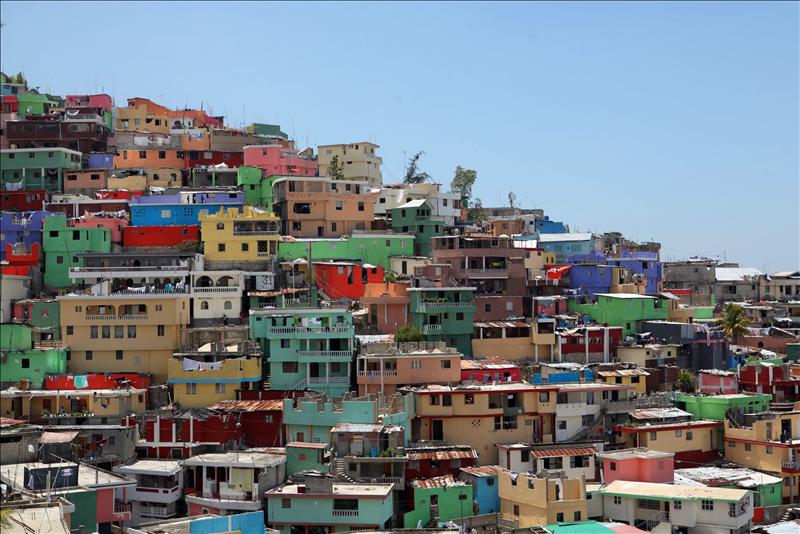 Haitians voted for a new president last month. A run-off looms, but whoever wins will face overwhelming challenges. What’s worse, the Dominican Republic, which shares the island of Hispaniola, is threatening to expel hundreds of thousands of ethnic Haitians. They ultimately could spill over America’s borders.

Haiti was liberated in 1804 but never developed into a stable, prosperous democracy. Haiti’s economic problems are severe. The nation’s per capita GDP ran $846 last year, making the former the poorest nation in the region.

Even an honest and competent president will have a difficult time transforming Haiti. According to the Economic Freedom of the World Report, the openness of Haiti’s economy–a key determinant of growth–has remained largely static since 2000.

As I noted on Forbes online: “While Haiti at best ran in place, other countries moved forward. In 2012, Haiti ranked 92 of 152 nations, barely above the bottom third. By punishing entrepreneurship and investment, the government is allowing its people to fall further behind.”

Reforming the economy will be difficult in the best of circumstances. Unfortunately, for the past year, the Dominican Republic has been threatening to expel nearly 300,000 ethnic Haitians who have lived in the DR, many for their entire lives.

Relations between the two countries have been troubled since their beginnings. The 1929 DR constitution, in effect until 2010, granted “birth right” citizenship, meaning anyone born in the DR, other than of a diplomat or someone “in transit,” interpreted as a short-term tourist, was a citizen.

However, the DR then revised its constitution to restrict citizenship to children of “residents.” In 2013, the country’s top court reinterpreted the 1929 constitution, treating undocumented migrants who came for work as being “in transit,” leaving hundreds of thousands of ethnic Haitians stateless.

The government responded by pushing what became the Naturalization Law, to allow those affected to legalize their residency or citizenship. However, warned Human Rights Watch: “the law has been riddled with design and implementation flaws that have thwarted the re-nationalization process.”

In practice, noted the Open Society’s Justice Initiative, “the new law’s recognition of citizenship is based not on the fact of birth itself on Dominican territory, but rather on whether a birth was officially registered at the time.” Many were not, which results in an enormous problem in documentation.

Moreover, HRW reported: “military and immigration authorities have harassed, detained, and expelled individuals seeking to enter the civil registries through the registration process as well.” Police have engaged in indiscriminate round-ups of ethnic Haitians, even those born in the DR.

Thousands of ethnic Haitians have left or been forced to leave the DR. Hundreds of thousands more could be forced into Haiti, where most have never lived.

There is little that Haiti can do. The government could better assist ethnic Haitians seeking documentary support to regularize their status in DR. Haiti is preparing to ban select DR imports, but that will hurt its own citizens.

The Haitian government cannot afford to support tens or hundreds of thousands of new entrants in an economy which doesn’t work and offers few opportunities.

Haitians are appealing for assistance from their neighbors, the Organization of American States, and particularly the United States.

The number of Haitian boat people seeking refuge in the United States surged in the late 1970s under the “Baby Doc” Duvalier dictatorship, and continued through the Cuban Mariel boatlift into the following decade. The number rose again in the early 1990s. However, few were granted asylum; tens of thousands were repatriated to Haiti.

Washington surely wants to avoid a repeat performance. But given nationalistic sensitivities, sustained and quiet diplomacy might be more effective than public pressure in persuading the DR to adopt an approach which meets humanitarian necessities.

Haiti is one of the Caribbean’s most sustained tragedies. The Haitian people need better political leadership, to be sure. Equally important, Haiti and the Dominican Republic must cooperate for the benefit of all.