Here’s your daily dose of election law action (don’t worry, land users, we’ve got one of those in the hopper for today as well), the latest on what has been labeled the “Costco” election and the “Oprah” election. The former premised on the notion that a seat at the convention now has all the worth of a Costco membership, the latter on the action by the purportedly private organization holding the election calling it off and declaring that all candidates could participate after the Supreme Court enjoined ballot counting and result certification.

Well the other shoe has dropped, and the latter action has resulted in a Motion for Civil Contempt, filed yesterday in the U.S. Supreme Court, asking the Court to slap the State, the Governor, OHA and its trustees, and Nai Aupuni (and others, including the ironically-named Akamai Foundation) for violating the Court’s injunction that no ballots were to be counted, and the results were not to be certified prior to a ruling on the merits by the Ninth Circuit.

But wait, you say, Nai Aupuni called off the election (after previously extending the deadline by three weeks), and promised to never, never, never count the ballots that had already been submitted. Too clever by half, argues the motion, declaring that all 196 candidates could attend (the election was for 40 seats), was counting the ballots and certifying the election (everyone won):

The Temporary Injunction prohibited Respondents from “certifying the winners” of “the election” to choose convention delegates. Respondents’ announcement that it would seat every delegate candidate violates the letter of that order. Respondents also have violated the spirit of the Temporary Injunction. The Court issued that order to preserve the status quo and thus ensure that Applicants are not denied the right to participate in the process (including the convention) based on their racial ancestry before the Ninth Circuit adjudicates their challenge. Respondents are not permitted to defeat the purpose of the Court’s order through gamesmanship.

Announcing that “[a]ll 196 Hawaiians who ran as candidates will be offered a seat as a delegate to the ‘Aha,” Supp. App. 432a, is certification of those candidates as winners of the election. First, these delegates are “winners” of the election. As Na’i Aupuni has acknowledged, all delegates that will be seated at the convention “ran as candidates” in the election that is a subject of this challenge. Id. The fact that Na’i Aupuni expanded the number of available delegate spots from 40 to equal the number of candidates—rendering the counting of votes unnecessary—does not mean these candidates are not winners. It means that they are all winners. Under Respondents’ reasoning, Texas could have evaded Terry v. Adams—which held that the “Jaybird primary” violated the Fifteenth Amendment by excluding African Americans—by allowing every candidate in that primary to run “in the Democratic primaries and the general elections that followed,” 345 U.S. 461, 463 (1953), instead of counting the ballots and nominating only one winner. It is inconceivable that the Court would have deemed such gamesmanship to constitute compliance with an order preventing the Jaybirds from nominating a candidate through an electoral process pervaded with racial discrimination. So too here.

And this, today: Nai Aupuni doubled down and announced the list of “participants” (i.e., the winners of the election). Good thing, because the suspense was just killing us. 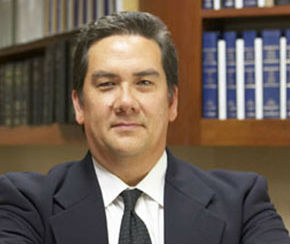