The Waste in Washington Never Stops 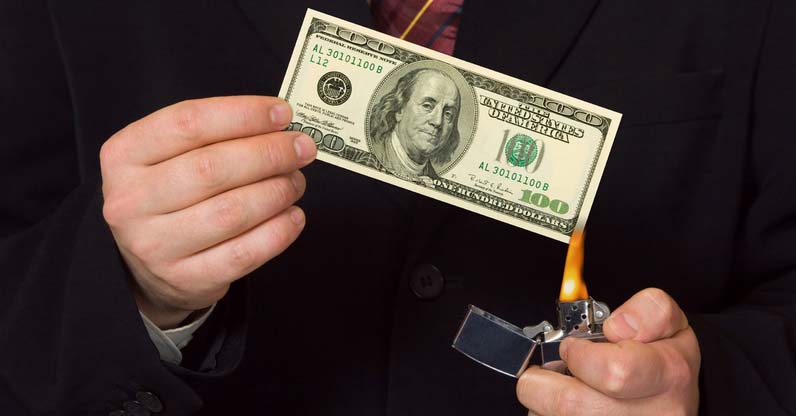 Sen. Jeff Flake (R-Ariz.) follows retired Tom Coburn in reporting on the ludicrous waste of taxpayer dollars in Washington with “Wastebook 2015: The Farce Awakens.” Alas, the waste never sleeps, despite the supposed austerity that we hear so much about.

For instance, the National Institutes of Health spent about $10 million on studies of monkeys on treadmills. The results are to help “address physiological responses of exercise in a marmoset model.”

The Agency for International Development dropped $2.1 million on tourism promotion for Lebanon. Last May the State Department issued a travel advisory urging Americans to avoid this neighbor of Syria “because of ongoing safety and security concerns.”

The National Institutes of Health used $5 million to convince “hipsters” to stop smoking. Parties were organized for and payments were made to persuade Hipsters to quit tobacco.

The National Science Foundation provided $5 million to figure out how long a “koozie” would keep a beer cold. Researchers instructed drinkers not to wipe off condensation drops, which would warm the drink.

The National Institute of Drug Abuse spent almost $1 million to learn that pizza may be as addictive as crack cocaine. At least to college students. Perhaps the Obama administration plans a War on Pizza?

The Department of Agriculture (known as USDA) devoted $119 million in 2015 to underwrite the tobacco industry. Whose prime product the government is paying Hipsters not to use.

The Department of Defense, with nothing else in the world to do, is spending $2 million to develop music-playing robots. Both trumpet and jazz.

USDA provided $79,000 for a “Broadway and Brunch” party in Redlands, California to promote local farmers. Guests got to sing their favorite show tunes.

NSF shows up again with $2.6 million to promote the use of art for science. Like mimicking moisture vaporizers from the first Star Wars movie.

NSF dropped nearly a million dollars to study how online dating affects relationships. It does.

SBA provided $8500 to Circus Mojo, a Kentucky traveling circus, to travel. The players joined the governor on a trade mission to Canada.

USDA offered a $55,000 grant to study the potential of commercial reindeer herding in Alaska. Industry officials say the biggest problem in meeting existing demand has been department regulations governing what it labels “game meat.”

The Federal Emergency Management Agency paid $180,000 to elevate a beachfront cottage five feet. After spending $40,000 a few years before to raise the building three feet.

NSF spent $2.6 million studying why tweets are retweeted. It helps to be a celebrity and write well.

The Department of State spent $35,000 on a grant to promote cartooning in India. Which, the Department admitted, already has “a rich history of cartooning.”

NSF gave $185,000 to help New York’s Ithaca College host a “Back to the Future Day.” It featured action figures on hoverboards.

USDA devoted nearly a million dollars to Vermont Law School’s “How to Use a Lawyer” guide. The law school called it “vital work.”

NASA provided $3 million for a mock trip to Mars filmed in Hawaii. Conclusion: personality conflicts arise in when people are stuck together for an extended time.

USDA spent $5 million on the “Ultimate Tailgating Package” for fans attending a University of Nebraska football game. No one ever accused Cornhusker fans of not knowing how to tailgate.

For most of us, as I point out in American Spectator, “the loss of a few thousand or million dollars matters. But obviously not in the nation’s capital. It’s time for voters to change that.”