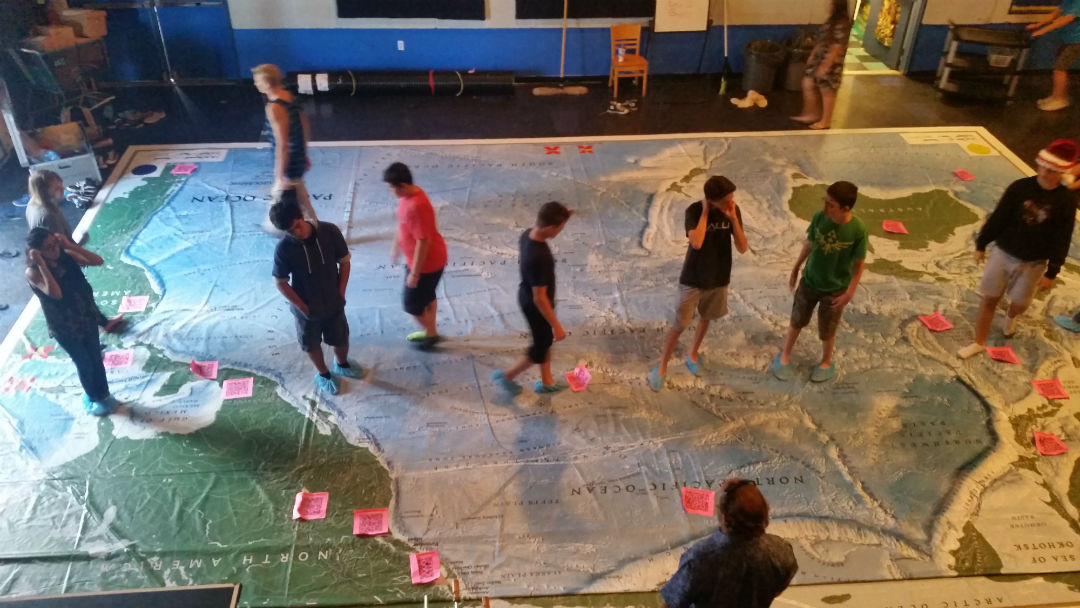 If you live in Kihei, you know how badly schools are needed. Local students in Kihei take a bus all the way to the other side of the island just to go to school.  However, one school in Kihei is breaking the mold and has grown from just 60 students to well over 500.

Gene Zarro, co-founder of the school, said that at first, they weren’t sure that the school would survive, “In the beginning it was hard to know if we were going to be around long.”  In 2002, legislators attempted to sunset charter schools in the state.  “We had to fight that, and of course they retracted it which is great.”

Although charter schools won the initial battle for their existence in the state, it wasn’t easy.  Gene said, “We’re here now in our 15th year, but I think there was this apprehension through the whole public education institutional world that we might screw it up.”

In 2015, Kihei Charter School achieved the highest scores in 11th Grade ACT tests, and achieves generally high scores in statewide rankings.  The ‘little school that could’ does all this on a budget that’s almost half the size of other schools.  The school gets about $6,800 per student, while traditional public schools in Hawaii receive over $12,000 per student, “But we also cover all of our facilities costs and rents, leases, repair and maintenance, utilities, things like that,” said Gene.

Unfortunately, many families are unable to send their students to Kihei Charter School because of a lack of space.  The school holds an annual bingo ball lottery as a way of choosing which families can attend the school.

“Our first lottery is the first week of April, to be scheduled,” Gene said, “we’ll do the public lottery — me on the stage rolling bingo balls out of the bingo machine then the number on that bingo ball relates to an application that came in, and when that number is called that person is either in or on a waiting list per grade level.”

Many students and families don’t make the cut, and Gene said that this can be bothersome, “We never anticipated that we would have to say, ‘You can’t come to Kihei Charter School’ and it really sucks.”

As National School Choice week (January 24th – 30th) draws nearer, schools like Kihei Charter School are a prime example of why Hawaii needs more school options.  For Gene, this brings a healthy dose of free market competition into the classroom.  “You know,” he said, “if no one shows up — we don’t get paid.  That’s a real important thing — our students our families who vote with their feet.”

Ever since the launch of Hawaii’s charter school programs 15 years ago, 34 charter schools have been established.  This represents 11% of all Hawaii public schools, which is higher than the 6% national average.  This has given more families across the state more options for their schooling needs, while costing the state less money per student.

This is a good thing, in Gene’s opinion, “I would personally like to see a decentralization of the public school system in Hawaii.”  According to Gene, more local control would be a good thing, considering Hawaii is the only state with one centralized district which encompasses the entire state.

For Gene, a decentralization of the system would encourage more schools to try different things, “I think entrepreneurial might be the way to describe it.  I think we need an entrepreneurial aspect to education, and that doesn’t mean we take chances, it just means that we create partnerships.  We figure out more efficient ways of doing things . . . We should apply that kind of entrepreneurial attitude combined with expertise to benefit our kids.”

Listen to the full interview below: