Tax Is for the Birds 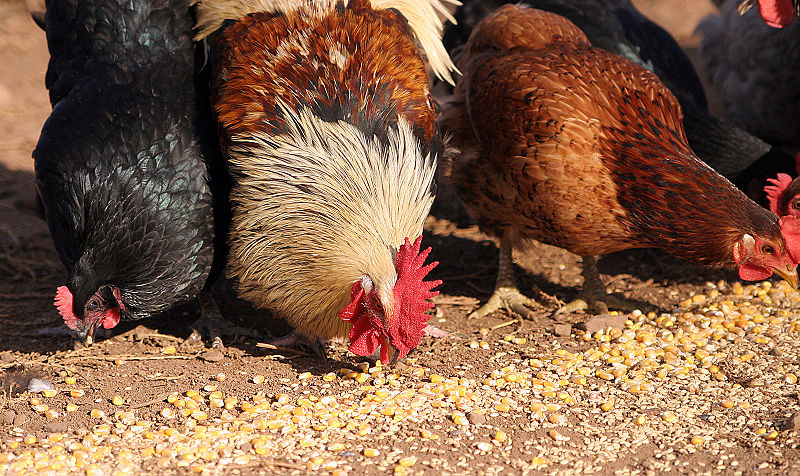 The Register-Guard in Oregon reports a recent incident involving a 66-year-old taxpayer who, after a meeting with state revenue officials, was in a really fowl mood.  So much so, that instead of squawking over the outcome himself he released seven chickens in the revenue office lobby.  No word on how the revenue office staff reacted when they saw the poultry running around the premises.  (They certainly experienced a “WTF” moment.  As in, What the Flock?)

The revenue office called police.  (Obviously, fowl play was involved.)  An officer responded, as did someone from the animal welfare department.  No word on how the revenue office employees reacted when the officers asked them what happened.  (Did they have egg on their face?)  The officers proceeded to round up the chickens and then took them to a nearby animal shelter.

Representatives of the Greenhill Humane Society, which operates the shelter, didn’t immediately return messages from the press seeking comment.  (Perhaps they were having lunch.  Fried chicken maybe?)

Neither humans nor birds were harmed during the course of the altercation.  The revenue office was not damaged, except that the chickens pooped on a few things.  (Some Register-Guard readers remarked that it was tough to distinguish between the chickens’ presents and the revenue office employees—but wait, that’s not true; the employees have badges.)

The revenue office’s spokesman said office employees had prior dealings with the taxpayer and that the taxpayer was “frustrated with the outcome.”  (Perhaps this taxpayer remembered that back in the old days, people used to tar and feather the tax collectors.  Apparently he ran out of tar.)

No word on whether the chickens were credited to his tax account.

One point we can take away from this story is that it’s critically important for our government employees (and for the rest of us in business) to deliver good customer service, especially when they may be bringing news to the customer that the customer might not want to hear.  Was the customer treated like an individual, or was he treated like a nameless bird in a flock?  Maybe that was the point the customer here was trying to make.

Certainly, when you or I or a government agency employee are in business and have been in business for a while, we develop specialized knowledge that others will not have.  Someone working in a plumbing company may know lots more about pipes and fittings than most normal people.  Someone working at a department store may accumulate vast knowledge about brand names, fabrics, and product quality.  With that enhanced knowledge, it’s easy to look down upon the rest of us normal people and treat us as if we aren’t human.  Customers, of course, think that being treated that way is for the birds.  We need to hear the rooster crowing, wake up, and focus on providing a great customer experience.