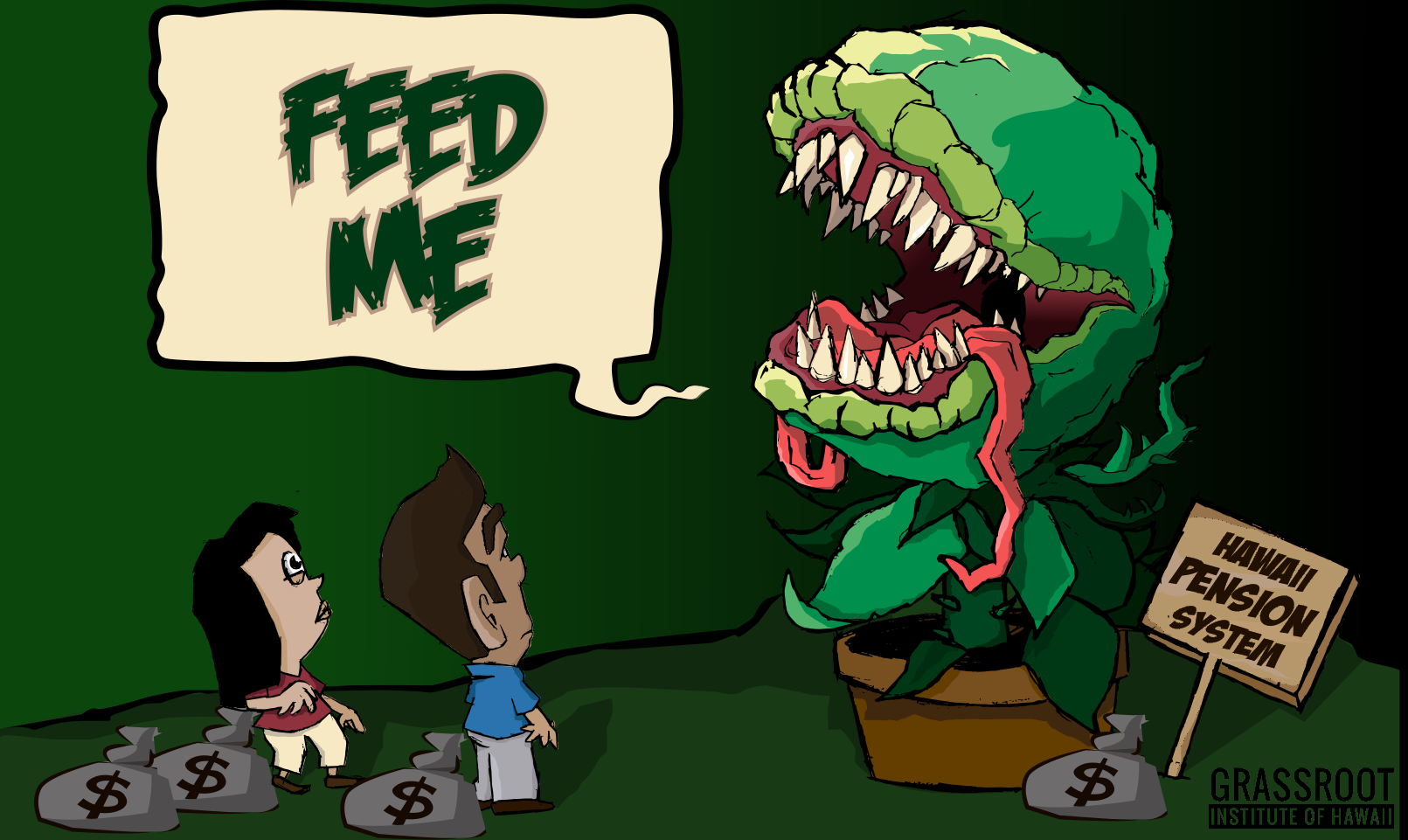 By KELI‘I AKINA , The Maui News
Many states across the nation are snipping local budgets to pay for pension promises, and this growing trend may finally arrive on Maui with Act 268, enacted in 2013. The law requires that bigger and bigger catch-up payments be made to pay down the state’s growing unfunded liability problem.

Hawaii’s $27 billion unfunded liability crisis for public pensions and health benefits may start to eat into county budgets across the state, and Maui County is no exception. This debt is already beginning to devour budgets for schools, police, fire, refuse pickup and other government services.

The state and the counties have long been in a tug of war over revenues for the transient accommodations tax, and now the state may move to pull even more money away from the counties as Hawaii’s deadline to pay down the debt draws nearer.

We can likely expect more staffing shortages, as seen on Maui this past year in postal and refuse collection services. The squeeze also will take money away from capital improvement projects, affordable housing and services for the homeless.

Other counties across the state are facing staffing shortages as the state continues to divert $1.3 billion every year just to pay down the debt, which is the equivalent to two years of the entire Maui County annual operating budget. Even worse, these catch-up payments may grow to over $3 billion per year, according to some of the state’s own budget officers.

This problem is not unique to Hawaii. In Oakland, Calif., pension fund debt resulted in the city firing 80 police officers, and the department now refuses to respond to 44 different crimes because of staffing cutbacks. Pension debt in Flint, Mich., forced city officials to cut municipal water services when repairs on corroded pipes were badly needed.

The unfunded liabilities crisis has been exacerbated by pension spiking practices and overtime games, which have been shown to double the pay and pension of some workers in Maui County. This ultimately takes even more money away from local services and jeopardizes the retirement funds owed to hardworking public employees.

Pension reform may be the only option to keep promises made to public workers. One solution is suggested by reforms made in Alaska and Michigan, where new hires were offered a private 401(k)-style defined contribution plan instead of a public defined benefit plan. This measure has rescued county budgets and allowed public workers greater flexibility and portability in their benefits packages.

Unfortunately, this measure will not help existing members of Hawaii’s Employee Retirement System and the Employer Union Trust Fund who are counting on a pension that is currently underfunded by 37 percent.

Ultimately, the unfunded liabilities problem has victims who are seen and unseen. The seen victims are the 118,000 government workers whose jobs and pensions are in jeopardy as local budgets continue to starve. But the unseen victims are the 1.4 million people in Hawaii who will face rising taxes, slashed government service and an economy that continues to put hurdles in the way of hardworking families.

For this reason, the Grassroot Institute is actively developing free market solutions to stimulate Hawaii’s economic growth and strengthen our business climate – measures that would build prosperity and fund government services.

* Keli’i Akina, Ph.D., is a recognized scholar, educator, public policy spokesperson and community leader in Hawaii. Currently, he is president/CEO of Grassroot Institute of Hawaii, a public policy think tank dedicated to the principles of individual liberty, free markets and limited, accountable government.