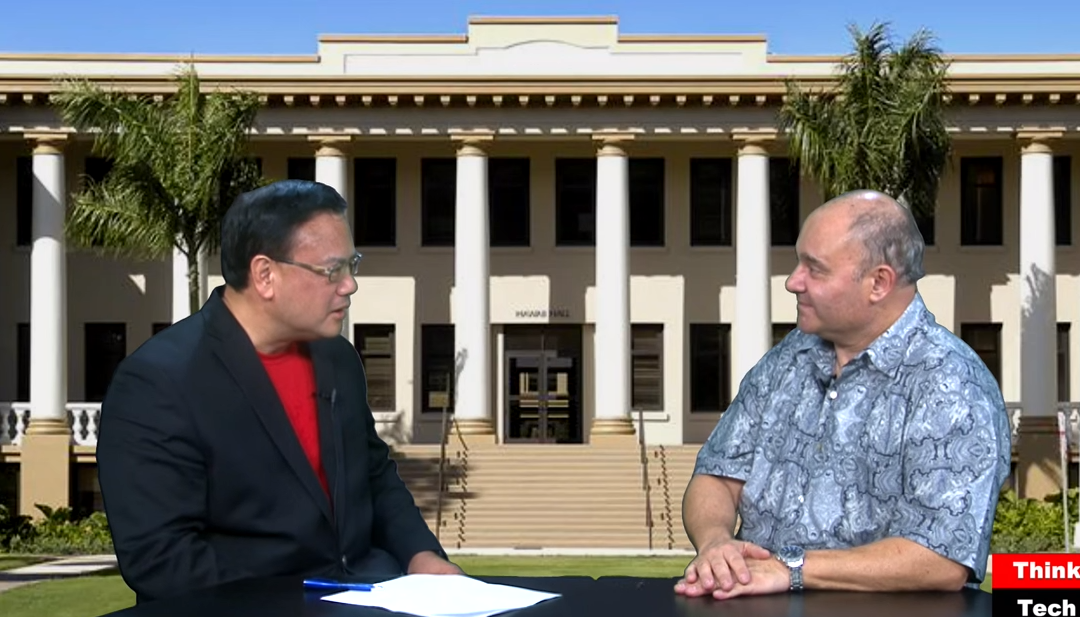 “Honolulu has worse statistics than Los Angeles,” Panos began, referring to traffic in Hawaii, “In Honolulu, our congestion is explosive. Our short trips become very immobilizing.”

Mr. Prevedouros explained that the continued development of Kapolei is doing more harm than good, “In my opinion, Kapolei was a terrible mistake. It’s a planning disaster… we wedged all these folks in Kapolei in front of the poor Wainae folks. Those folks traditionally had a very long commute to town, but now we are stuffing a lot of people in front of them, so their travel time is doubling.”

But why exactly is Kapolei failing? Usually, cities occur naturally when large amounts of people congregate due to job availability and a thriving economy, explained Mr. Prevedouros. Kapolei, on the other hand, was planned by the government. “Follow the money, Kapolei happened for the money,” Panos explained, “It doesn’t have an economy, and unfortunately, now we’re investing billions to give it a tether. The rail is actually a tether to the first city.”

“Unfortunately, legislatures, councils, mayors or governors think that they know best and that they can dictate solutions,” Panos continued, explaining the tie between Kapolei’s development and the rail, “It was part of their idea that eventually there would be a high capacity corridor. But at the time they [didn’t] realize how useful cars are, how complex life is on Oahu, how many kids go to private school, and all the needs that are car-centric.”

To make matters worse, there is no guaranteed electricity for the rail. “The rail doesn’t have a power plan,” Panos said, “Because it is an electric train, they pretended that the system is like you or I buying an electric vehicle, you don’t have to get permits. We go home, we plug it in, we’re good to go.” But that isn’t the case, and discussing this lack of a plan has been avoided by politicians up until recently.

Watch the full interview below: