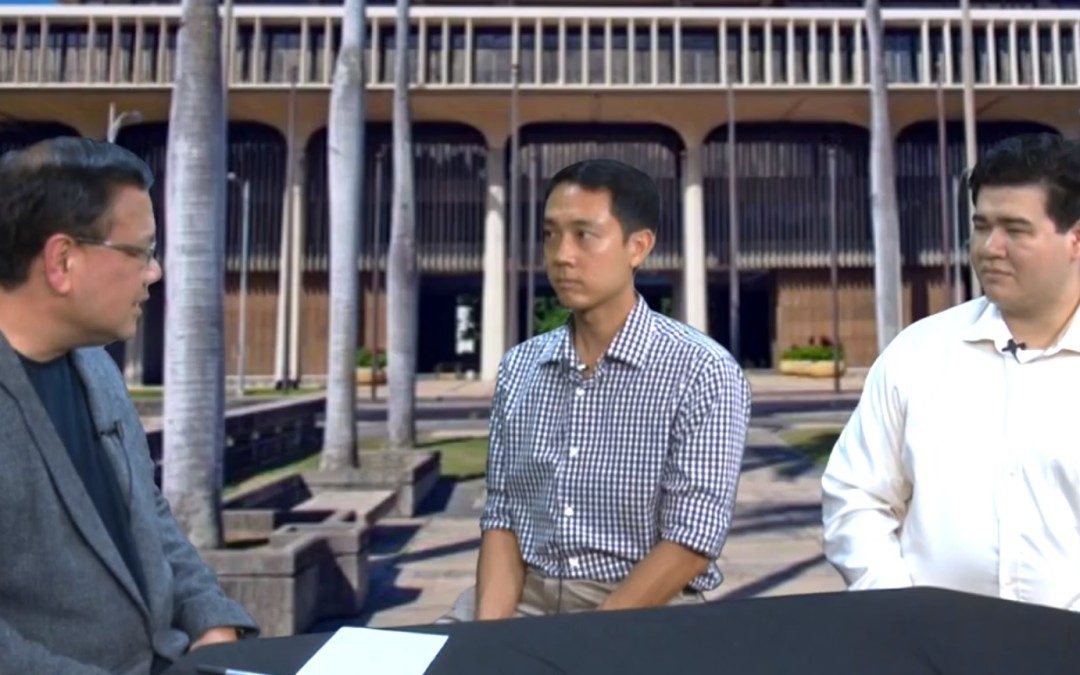 This week, Dr. Keli’i Akina interviewed two candidates representing the Libertarian Party. Alan Yim, an ex-marine, is running for the 1st Congressional District of Hawaii in the United States Congress. Anthony Higa, a nurse, is running for State House District 19.

“We’re here to represent the people, [to allow them] to choose freely for themselves what is best. Right now as it is, the government is like a nanny almost. It’s telling us what’s good for us, and what choices to make, they’re making the decisions for us. As a Libertarian, the party in general, we think people are best able to choose for themselves. It’s a lot more effective when you’re able to identify your needs on your own instead of waiting for the government to come take action for you,” Alan began.

Both candidates advocate moving towards a free market as a means of improving the economy and the livelihood of every citizen. “Competition is good for consumers,” Anthony explained, “it lowers the costs of goods and services.”

Alan expanded on this by describing exactly how Hawaii could benefit, “By getting rid of Federal legislation such the Jones Act we’d see more goods coming into Hawaii, and we’d be driving down the cost of living here in Hawaii by putting more food on the shelves and more items to buy for a lower cost.”