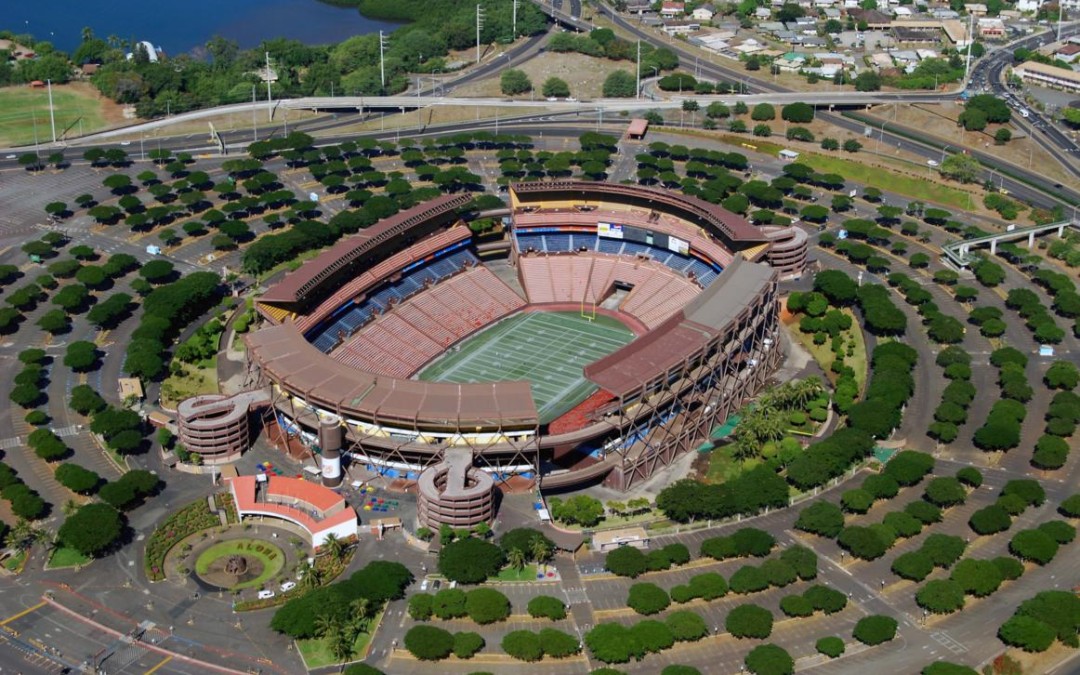 RE: HB 1847 — RELATING TO THE SPORTS AND ENTERTAINMENT AUTHORITY
Comments Only

The Grassroot Institute of Hawaii would like to offer its comments on HB 1847, which establishes the Sports and Entertainment Authority to develop the entertainment and sports industry in the State, including oversight of the stadium attracting new events, and developing state-of-the-art athletic facilities. It also creates a special fund for this purpose.

While we appreciate the effort to bring new revenues to the state and increase tourism through special events, there are two primary areas of concern that we believe must be addressed—the need for full and unbiased data regarding the revenues and costs of such events and the probability that this is a first step towards a substantial renovation/rebuilding of Aloha Stadium.

When it comes to the real costs and benefits of sports and entertainment events, nothing demonstrates the need for better analysis like the Pro Bowl. Though the Hawaii Tourism Authority and the NFL both put forth numbers that suggest that event is well worth the $5 million-plus that it will cost Hawaii taxpayers, independent economists have thrown those assertions into question.

The HTA claims that the revenue from Pro Bowl visitors (approximately 47,270 in 2014) makes the event a good deal for Hawaii. However, analysis suggests that this vastly overstates the event’s tourism effect. In fact, a survey of flight arrivals during that period reveals that only about 6726 non-residents arrived for the Pro Bowl, a fraction of those claimed.[1] Therefore, the revenue supposedly coming into the state from the Pro Bowl is largely local money being transferred from elsewhere in the economy.

Two economics professors at the College of Holy Cross studied four years of data related to the event and concluded that there was no measurable economic benefit to the state from hosting the Pro Bowl.  In their paper, “Many Happy Returns? The Pro-Bowl, Mega-events, and Tourism in Hawaii,” Professors Robert Baumann and Victor Matheson write:

“While the HTA estimates that 2014 Pro Bowl produced $71.9 in direct visitor spending, our analysis of the organization’s current methodology for determining economic impact is seriously flawed. Furthermore, an examination of tourist arrivals finds no statistically significant increase in tourism associated with the game. This result fails to justify the $5 million subsidy, which roughly two-thirds of the HTA’s expenditures on sporting events, it spends for the rights to the Pro Bowl.”[2]

This effect is not limited to Hawaii and the Pro Bowl. Analysis of other high-profile sports events finds that expected tourism boosts to Lillehammer and Calgary from the Winter Olympics, South Africa from the 2010 World Cup, or even regular season NHL games all failed to materialize or were short-lived.[3]

This does not mean that all sports and entertainment events are considered wasteful—only that the state must engage in a more careful analysis of how the events will affect tourism and whether the outlay in taxpayer funds is worth it. For example, the research of Baumann & Matheson suggests that the unsubsidized Honolulu Marathon creates a greater net tourism boost to the Hawaii economy than the heavily subsidized Pro Bowl.[4]

Finally, there is the implied promise to renovate the stadium so as to create a “state-of-the-art” athletic facility, a guarantee that this will develop into an expensive public building project.

Any stadium renovation/rebuilding recommendation must be carefully vetted in light of the negative economic effect of taxpayer-funded stadium projects. Since 1997, more than $4.7 billion has been spent to build new NFL stadiums and 78% of those costs have been borne by taxpayers. Yet, the benefit of the stadium to the municipality is so small that 86% of economists agree that state and local governments should eliminate subsidies to pro sports franchises.[5]

Moreover, the costs of keeping up with such a building and renovation project can become a taxpayer boondoggle that stretches far past the initial estimate. Judith Long, an urban planning professor from Harvard, estimates that over the life of a stadium, taxpayers will pay an extra and unforeseen $10 billion in “obscured costs” not initially included in the public’s share of the building project.[6]

Finally, the assumption that the stadium itself can become profitable to the state or municipality is often unfounded and overly optimistic. “Most of the time, you can’t make any money directly from the stadium or stadium owners would’ve done it themselves,” says Professor Matheson.[7]

Given the spiraling costs of the Rail project, the state should approach any new construction projects with caution.