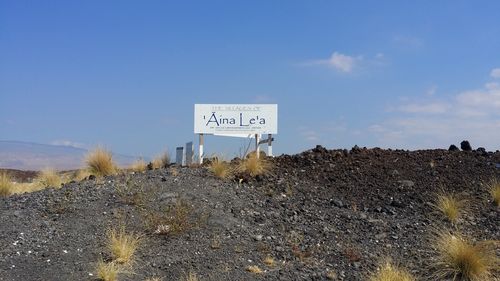 As we noted here (“Latest On The Latest Hawaii Takings Case: Unconstitutional Conditions, Statutes Of Limitations, And Vested Rights“) the U.S. District Court for the District of Hawaii is considering a regulatory takings case (removed by the defendant State of Hawaii from Hawaii courts) involving a stalled development on the Big Island.

At the hearing last month, District Judge Mollway stated she was inclined to grant a part of the State’s motion for summary judgment and deny the rest, and that she would issue a formal ruling by the end of the month. In this order, filed on the last day of an extended February, the court as promised issued its decision.

Bottom line: the plaintiff’s takings claims (Lucas and Penn Central) are going to trial, the balance of the remaining claims (vested rights, etc.) are gone.

This case came about after a property owner — the developer of the Aina Lea project on the Big Island — challenged the State Land Use Commission’s reclassification of Aina Lea’s land, just north of the Waikoloa beach area, from urban to agriculture. The owner also challenged the imposition of an affordable housing requirement. In the words of an order by the court last year, “Plaintiff Bridge Aina Lea, LLC (‘Bridge’), the owner of the parcel, claims that, in reclassifying the land, the Commission and certain commissioners violated Bridge’s rights under the United States Constitution, the Hawaii Constitution, and various Hawaii laws.” Order at 1-2. For more detail on the claims, see this post, “Guest Post: Federal Courts Flashback – Takings And Vested Rights Challenge To Land Use Commission.”

The litigation began as two lawsuits originally filed in state court in the Third Circuit. The first was an original jurisdiction civil rights lawsuit against the State Land Use Commission which originally sought, among other things, just compensation for the taking of the right to develop its property. The other case was an administrative appeal under the Administrative Procedures Act from the LUC’s decision.

The State removed the civil rights lawsuit to U.S. District Court in Honolulu and promptly moved to dismiss, and this portion of the case nearly caused us to flash back to our Federal Courts class in law school, since it raised a host of procedural questions such as the effect of removal, whether certain defendants are “persons” under 42 U.S.C. § 1983, whether the federal court must have abstained from addressing the federal takings claim, whether there is a state damage remedy for deprivation of constitutional rights, and zoning estoppel under Hawaii law, among others. The federal courts (District and Ninth Circuit) delayed making any decisions pending the outcome of the administrative appeal as it wound it way up through the state court appeals process.

Eventually, the Hawaii Supreme Court held the Commission was wrong when it reverted the land to its previous agricultural classification, but only because it did not comply with the requirements of state law (the Commission did not make specific findings of fact as required by statute). The court also rejected owner’s state constitutional claims, and in a footnote, it arguably decided the federal constitutional claims, which had been reserved for the federal lawsuit, when it held the conditions were “valid.”

The federal case, which by then was in the Ninth Circuit — which had held off its decision pending the ruling by the Hawaii Supreme Court — was sent back to the District Court, which in late 2015 in this order, got rid of most of the federal case. The only claims left unresolved were the property owners claim for just compensation and damages for the temporary taking of its right to develop the property, and a claim for damages for the owner’s vested rights claim.

There’s a lot going on in the District Court’s order granting in part the State’s motion for summary judgment:

So absent a settlement, there’s going to be a federal court trial on Lucas and Penn Central takings claims regarding whether the State must pay compensation and damages for the temporary prohibition on the owner’s use of the land.

Will we follow along? Great advocates, cutting-edge issues, and a court familiar with the law? You bet we will.