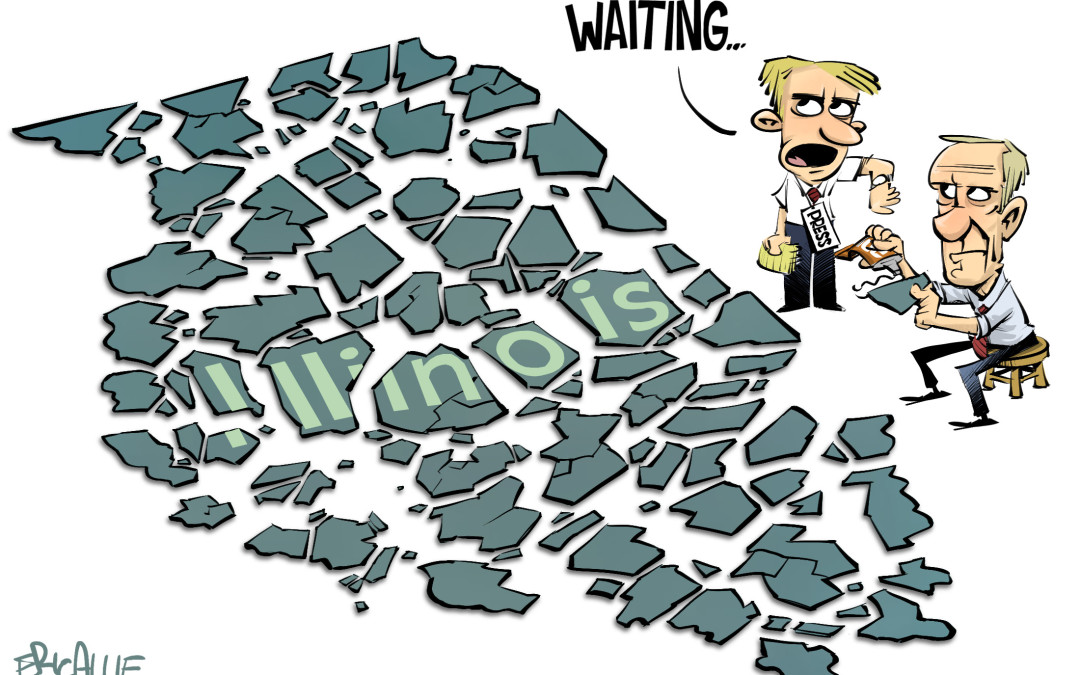 Dr. Keliʻi Akina interviewed John Tillman, CEO of the Illinois Policy Institute, a sister think tank to the Grassroot Institute of Hawaii. Mr. Tillman shared the fiscal struggles of Illinois, and gave advice to Hawaii’s policy makers to prevent similar outcomes. The interview was recorded as part of the Grassroot Institute with Dr. Keli’i Akina, a radio show on KAOI and KAKU, Mondays on Maui at 7am.

“Spending by the state is growing faster than the revenues are growing,” John began, cutting straight to the chase, “To understand why our spending is rising so fast . . . it’s basically public employee compensation.”  John continued to explain that these costs are not stable, but are rising, “In addition to that, about 25% of the total budget goes to our pension payments for now retired employees.”

When asked about possible solutions, John said, “You have to create a political crisis that will force both Democrats and Republicans to take very difficult votes that are against the union interest.” This will not come easily, however, as public sector unions are the biggest contributors to campaigns in the state of Illinois, noted John, “Union members, a big chunk of them are well aware that the system is going bankrupt, and as a result of that, their very jobs are at risk, and their future retirements are at risk.”

Similarly, 82% of Hawaii’s current debt is due to public sector employee benefits. Both states are on the brink of major tax increases to pay for these debts, which will only allow the growing crisis to deteriorate more.

John closed with some advice to Hawaii’s citizens that want to make a difference, “I really think what we all need to learn to do better is tell the story of how these bad policy choices hurt people in their everyday life.”

Listen to the whole interview here: