New Report Says Each Taxpayer’s Share of Hawaii’s Debt Is $28,500 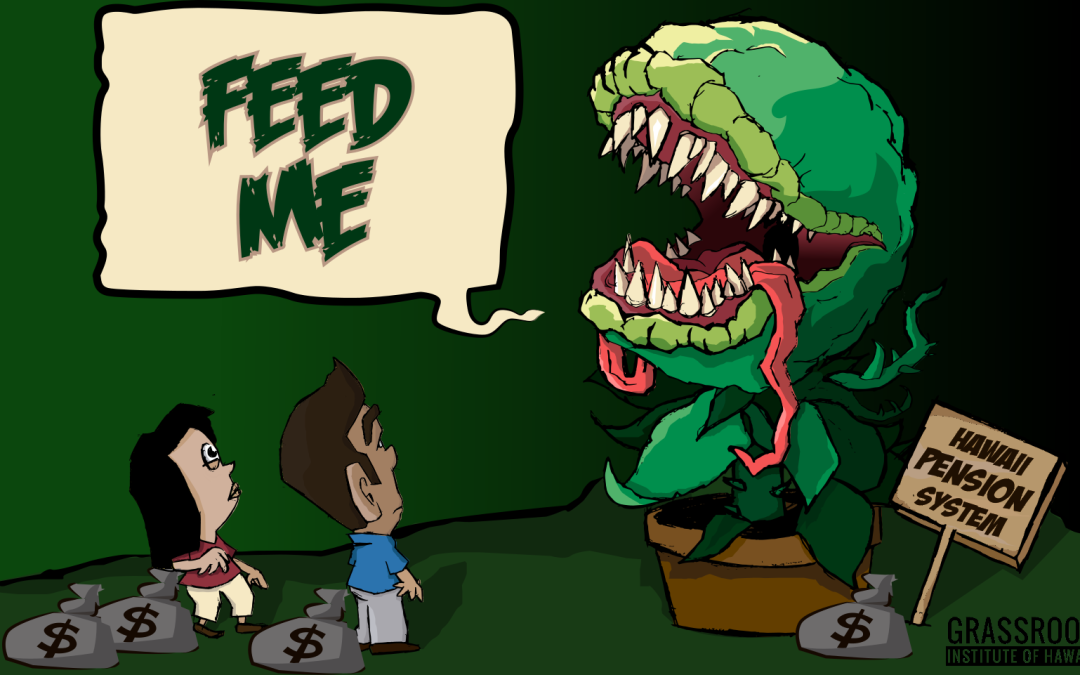 New Report Says Each Taxpayer’s Share of Hawaii’s Debt Is $28,500

HONOLULU, HAWAII–April 26, 2016–A new report from Truth in Accounting on the financial state of Hawaii has calculated the overall state debt at $13.6 billion, making the individual taxpayer share of those liabilities $28,500. The analysis praises the state for a new accounting rule that requires Hawaii to report pension debt on the balance sheet, but points out that because the state uses 2014 data, there is still $1.2 billion of pension debt that is being hidden from taxpayers.

Because the state has only $5.7 billion available to pay $19.3 billion in bills, Hawaii’s debt is approximately $13.6 billion, 83% of which represents unfunded pension and retiree health benefits. Moreover, though the accounting rule requires Hawaii to report the majority of its pension debt, $5.5 billion in retiree health care debt remains hidden from taxpayers.

“Each taxpayer is on the hook for $28,500 which represents their share of the state’s unpaid bills, including unfunded pension and retiree health care benefits,” said Sheila Weinberg, CEO of Truth in Accounting. “Misleading accounting and budgeting rules have allowed governors and legislators to claim balanced budgets, while the state has been going into debt. Now Hawaii taxpayers will need to come up with $13.6 billion to completely pay the state’s bills.”

Keli’i Akina, Ph.D., President of the Grassroot Institute, praised the rule that required pension debt to be reported, emphasizing the need for fiscal restraint as well as transparency.

“While the first step is simply acknowledging the extent of the state’s unfunded liabilities, we have a big challenge ahead as we try to reform the policies that have led to Hawaii’s financial woes,” stated Dr. Akina. “Taxpayers cannot forget that when the state makes financial promises, it is doing so with our wallets. Demanding greater accountability and responsibility in spending is the only way that we can hope to ensure a prosperous future for our state.”