Politics in Hawaii: What’s Going On!? 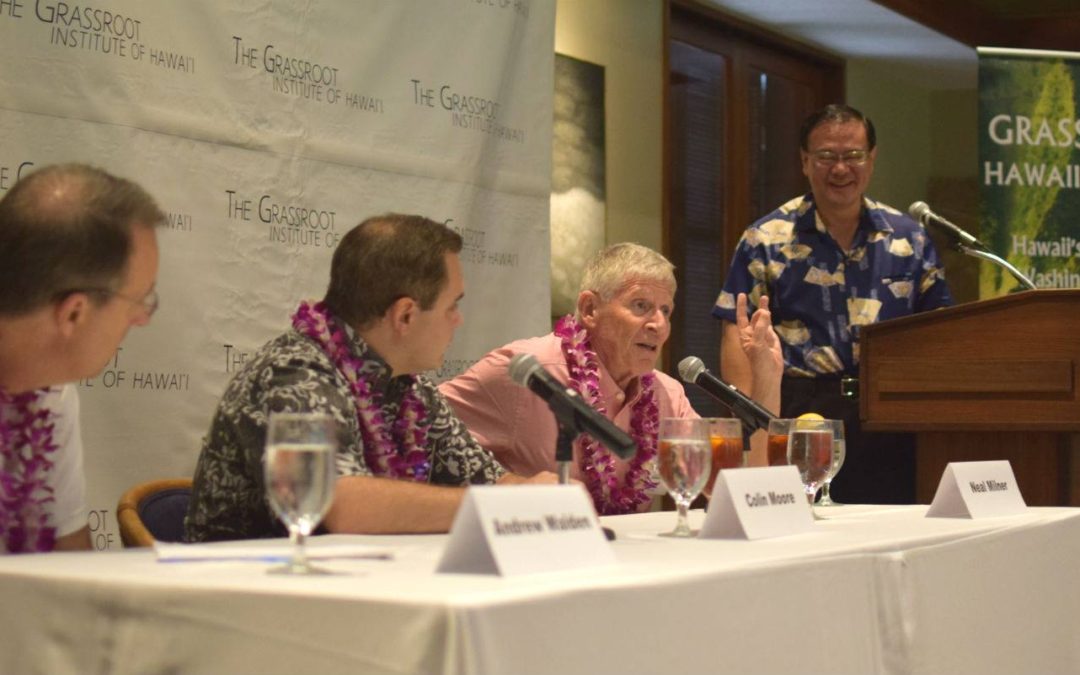 On Thursday, April 14th, Dr. Keli’i Akina hosted a panel on the local and national political climate. The panelists were Andrew Walden, editor of the Hawaii Free Press; Colin Moore, Professor of Political Science and Director of the UH Public Policy Center; and Neal Milner, Columnist for Civil Beat.

One year ago, who would have believed that Donald Trump and Bernie Sanders would have swept the Hawaii party caucuses? Conventional wisdom about political parties and voter loyalties has been turned upside down. Join three of Hawaii’s political pundits as they discuss their professional opinions on unexpected candidates, the motivations of Hawaii’s voters, and answer audience questions.