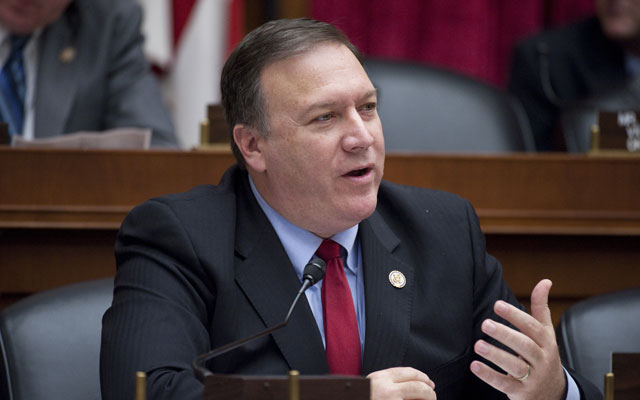 The Platts blog “The Barrel” in an article, ”The US’ Jones Act gets a new fight and a new argument,” reported on March 31, 2016, that U.S. Rep. Mike Pompeo was organizing an effort to repeal certain elements of the Jones Act.

Rep. Pompeo was vague regarding which elements of the Jones Act he might seek to repeal, and would not name the others in the Congress whom he may be working with.

The author, Brian Scheid, Senior editor, oil news, Platts, made an interesting observation in his reporting. He noted in the debate over the Jones Act, supporters have shifted substantially from economics to national security in their defense of cabotage.

As the great 18th Century English man of letters, Dr. Samuel Johnson famously said in 1775, “Patriotism is the last refuge of a scoundrel.” Dr. Johnson’s biographer, James Boswell, assured us that Dr. Johnson was not indicting patriotism in general, only false patriotism.

A nearly century-old US shipping law that has broad, bipartisan support in Congress faces a new opposition effort aimed at lessening costs to East Coast refiners.

US Representative Mike Pompeo, a Kansas Republican, last week said that he has begun an effort to repeal certain elements of the law, known as the Jones Act.

“There are pieces of [the Jones Act] that are anachronistic,” Pompeo said at an event at the Hudson Institute in Washington. “We should certainly look at making sure that we reduce the friction associated with the transportation of energy commodities and, frankly, other commodities around the world.”

East Coast refiners have long complained that the Jones Act puts them at a competitive disadvantage to refiners in Canada and Europe and the American Fuel and Petrochemical Manufacturers, the industry’s chief lobbying group, has called reform of the Jones Act a key policy goal this year.

The effort to weaken the Jones Act is still in its nascent stages, but the American maritime industry, and its throng of supporters on Capitol Hill, have already begun to fight back.

The intense lobbying effort is nothing new for the Jones Act, which requires vessels transporting goods between US ports to be US-flagged, US-built and majority US-owned. But that effort, traditionally focused on the financial health of the domestic maritime industry, has been refocused, this time on national and homeland security.

Pompeo declined to detail how he intended to change the Jones Act, either through legislation or other avenues, and would not identify any other House or Senate member he was working with on the effort. He said there was support within Congress to reform the law, but “not nearly enough” to get such a change passed.