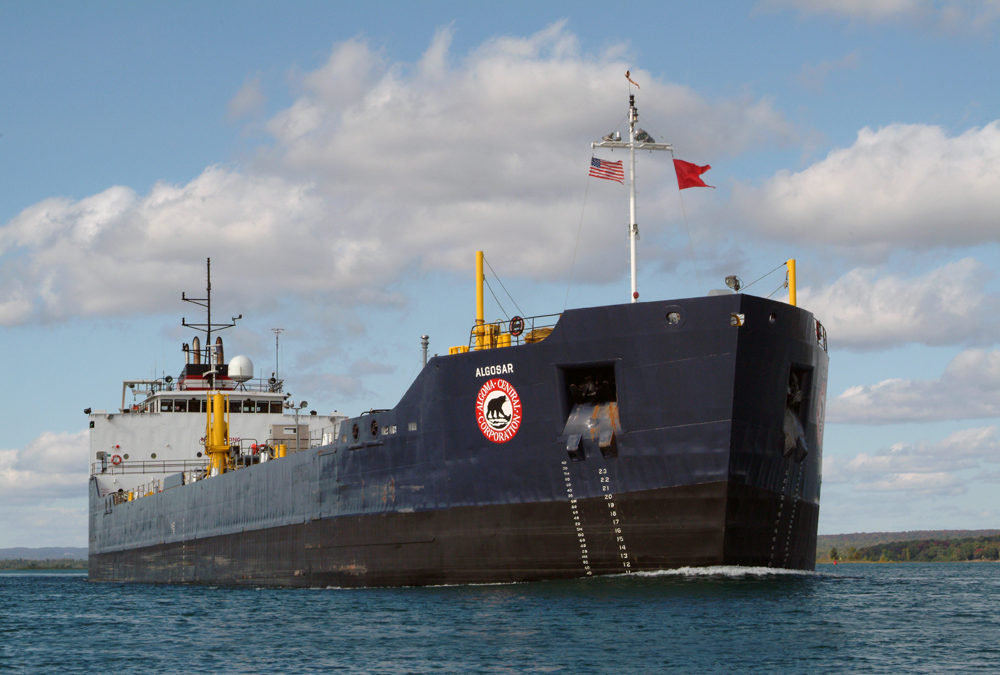 The Navy League of the United States’ Seapower Magazine published on May 23, 2016, the article, “U.S. Merchant Marine Industry Strong, But Needs Improvements,“ reporting on the state of the U.S. commercial marine industry on National Maritime Day.

The state of the U.S. merchant marine was extolled by various speakers at an observance held by the U.S. Department of Transportation on May 23rd.

However, it would seem that the speakers were mainly calling for additional subsidies to shore up the declining U.S. merchant marine belying the health of the industry. Speakers mentioned the aging Jones Act fleet on the Great Lakes, the shrinking U.S. flag foreign (or, international) trade fleet, the ageing Jones Act oceangoing fleet that on average is over 30 years old, and the growing shortage of U.S. seafarers.

Specifically mentioned were expansion of the Maritime Security Program (MSP) which pays an annual subsidy to shipowners for U.S. flag foreign trade ships, and expedited use of the Harbor Maintenance Trust monies to improve the nation’s seaports.

The Navy League is a very strong supporter and advocate for Jones Act cabotage.

Improving, and strengthening, the Jones Act, along with being more unified, were the theme echoed by mariners and officials during the U.S. Department of Transportation’s annual National Maritime Day observance ceremony.

McDew said the merchant marines offer a crucial capability, and although there are currently around 11,000 merchant mariners working in the United States, that number needs to grow.
Rear Adm. Thomas K. Shannon, commander of the Military Sealift Command, said the U.S. mariners are the most skilled and qualified in the industry, but they are facing obstacles.

There are presently fewer than 80 U.S.-flagged ships trading internationally, which is down from more than 120 three years ago. Also, the average age of ships in the fleet is more than three decades old.

Saying the small pool of mariners cannot be sustainable long-term, Shannon said as lawmakers spar over the national defense spending bill they must be mindful that the long-term military strategy partly hinges on the merchant marine fleet.

Mark Barker, president of Interlake Steamship Company, said merchant mariners are vital to the economy and the ongoing modernization of the fleet is an example of the strength of the fleet.

“It’s important that this country invests in maritime…the key is a strong Jones Act,” he said.

The act, which controls coastwise trade within the United States and determines which ships may lawfully engage in that trade and the rules under which they must operate, helps companies like his, Barker said.

Edward Wytkind, president of the Transportation Trades Department, said lawmakers need to invest in maritime workers and not undermine them.

“We need not only a vision for this industry but we need to execute it,” he said. Wytkind advocated for expanding the Maritime Security Program, thinking of long-term ways to grow within the industry, investing in port infrastructure and hiring more mariners, and using the balance of the Harbor Maintenance Trust Fund.