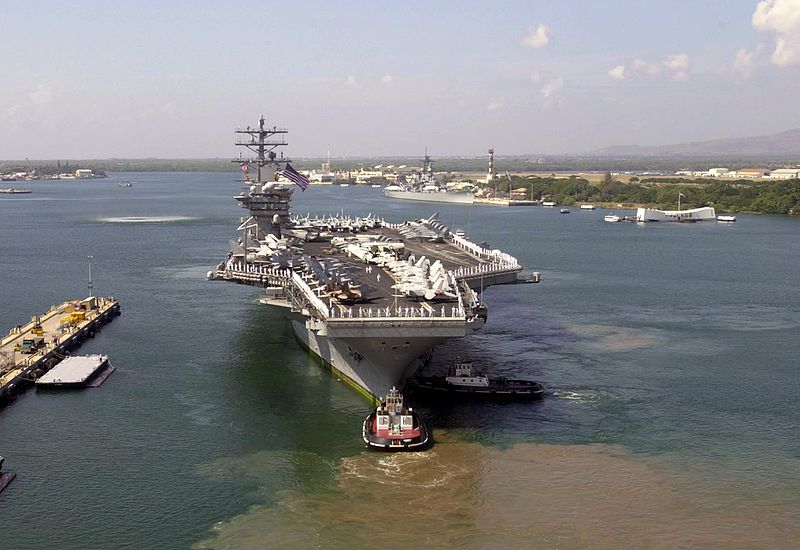 The Transportation Institute published on March 24, 2016, a short paper, “Venerable Jones Act Provides An Important Barrier To Terrorist Infiltration Of The Homeland,” written by Daniel Goure, Ph.D., Vice President of the Lexington Institute purporting to explain how the Jones Act supports homeland security.

The author Goure mounts his defense of Jones Act cabotage against what can only be described as the notion of an assumed and theoretical full repeal of the Jones Act; a straw man he creates indirectly through a series of references.  The inference is that this would result in the unfettered operation of foreign flag ships with foreign crews overtaking all domestic trades.

This is an extreme scenario for several reasons. That despite the most prominent national Jones Act reform proposal sponsored by U.S. Senator John S McCain (R-AZ) over the past decade would only eliminate the domestic build requirement.  In addition, Goure assumes foreign flag vessels would  be able to displace virtually all U.S. flag vessels (with a U.S. crew) including on the inland waterways, which is not a true assessment.

There are some 551 U.S. commercial ports that routinely accommodate more than 75,000 individual vessel calls (of vessels over 1,000 gross tons each) per annum of foreign flag shipping engaged in the international trade carrying over 98% of the nation’s foreign trade.  As the Jones Act and other domestic cabotage laws do not apply to vessels engaged in foreign trade, the activities of these vessels is not regulated by the maritime cabotage laws and there is no contribution to homeland security.

This leaves the author to scare his readers about the potential of foreign flag shipping, foreign crew members and terrorists taking over the inland waterways from the domestic interests currently operating there.

As it turns out, the inland waterways barge industry is the least threatened by Jones Act reform or outright repeal. Even a full national repeal of maritime cabotage would be an insufficient condition for achieving continuous employment of foreign flag vessels operating in purely U.S. domestic trade. This is especially true for foreign shipping to displace purely domestic inland waterways traffic. This is primarily due to the extra-cabotage legal and regulatory web enveloping the inland waterways – from immigration, customs, taxation, business registration, labor, health and safety, to wage and hour – which would prevent a foreign flag vessel from being continuously employed in domestic service.

This has been effectively described in the Journal of Maritime Law and Commerce article, “Myth and Conjecture? The “Cost” of the Jones Act,” published in January 2015. The lead author, Mark Ruge, is the senior counsel to the American Maritime Partnership.

A close analysis of Goure’s paper leads to the conclusion that the Jones Act is not an effective barrier to terrorists as he asserted.

The debate of enhancing U.S. border security has focused almost exclusively on illegal movement of people and drugs into the southern United States from Mexico. Yet, the southern border is actually the smallest at 1,989 miles. The U.S. border with Canada is almost three times longer at 5,525 miles.

All of this country’s land borders are dwarfed by the 95,000 miles of national shoreline.

Moreover, the United States is a nation of rivers. A ship entering the homeland through a coastal port such as New Orleans will have access to the deep interior. The inland waterways of the United States encompass over 25,000 miles of navigable waters, including the Intracoastal Waterway, a 3,000-mile waterway along the Atlantic and Gulf Coasts.

A significant portion of the movement of ships in U.S. waters is governed by the Merchant Marine Act of 1920, also known as the Jones Act. Only vessels conforming to the provisions of the Jones Act are permitted to carry passengers or cargo between two U.S. ports, a process also termed “cabotage.”

The Jones Act was meant to pursue a number of national objectives. The most obvious was to support a robust U.S. shipbuilding industry and merchant marine.  In addition, Jones Act ships provided an important logistics support capability for the U.S. Navy.

A less well-appreciated but ever more important service provided by the Jones Act is in the area of homeland security.

It is particularly important that those vessels and crews which routinely travel between U.S. ports and especially the inland waterways through America’s heartland pose no threat to the homeland

The task of securing U.S. seaports and foreign cargoes is daunting by itself. It makes no sense to add to the burden facing domestic security agencies by allowing foreign-owned ships operated by foreign crews to move freely throughout America’s inland lakes, rivers and waterways.

Were the Jones Act not in existence, the Department of Homeland Security would be confronted by the difficult and very costly requirement of monitoring, regulating and overseeing foreign-controlled, foreign crewed vessels in coastal and internal U.S. waters.