No end in sight for Hawaii rail spending 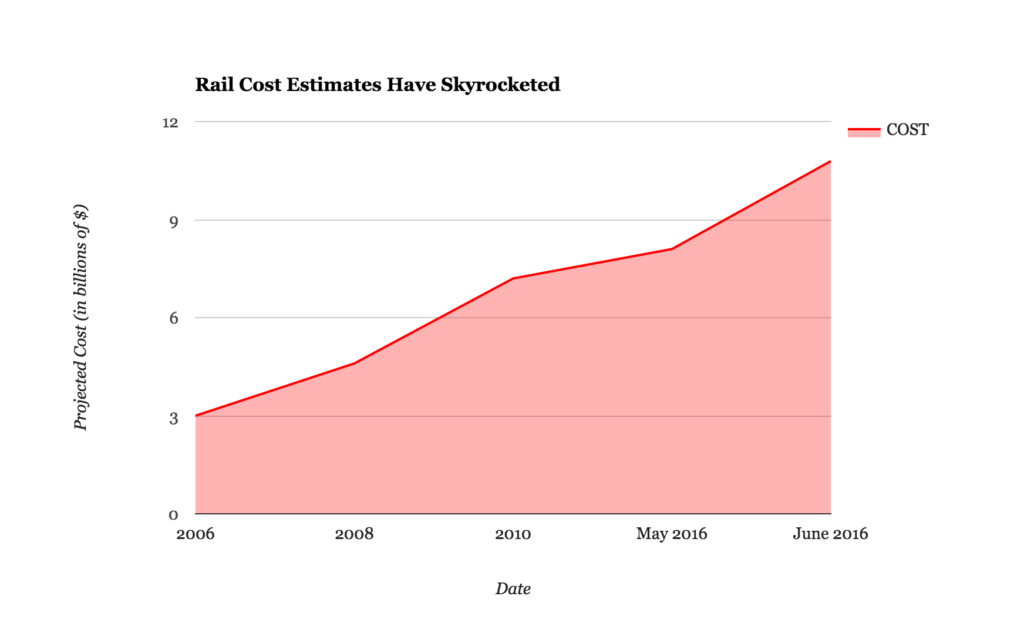 This spring, the New York Times published a story about the Hawaii state rail project entitled “Hawaii Struggles to Keep Rail Project from Becoming a Boondoggle.” But with the project now set to cost more than twice the state’s initial projections and no plan to offset the operating costs of the completed train, it appears that the rail is a boondoggle already.

Early in the effort to determine a mass transit alternative for Oahu, city officials announced that the rail project would likely cost a little more than $3 billion, perhaps $4 billion at most. But when voters approved the rail referendum in 2008, the price tag had risen modestly to $4.6 billion.

But in six years, this figure has worsened considerably. By 2010, some estimates showed that the rail would cost over $7 billion. In May of this year, this number grew to $8 billion. And this month, a new projection from the Federal Transit Administration—the federal entity which determines “the appropriate levels of [financial] contingency” for public infrastructure projects—pegs the price of Hawaii’s rail behemoth at an astonishing $11 billion, well over double the price which voters approved in 2008.

To put this number in perspective, the state of Hawaii is home to about 1.4 million residents. Paying for an $11 billion rail project in its entirety would require every man, woman, and child in Hawaii to shell out nearly $8,000 each. Even at the state’s rosy projection of roughly $8 billion, every person would be on the hook for almost $6,000.

What’s more, the Hawaii Authority for Rapid Transportation (HART) does not even have a plan in place to control the operational costs of the project once it is completed. Below is a shocking excerpt from the recent report by the Honolulu City Auditor which revealed that HART does not even think it is responsible for operating the train which it was expressly created to operate:

With no end in sight to the cost overruns on the Hawaii rail project and no plan in place to control its operational costs once constructed, the only place the new train will be taking the citizens of Hawaii is a bottomless pit of red ink and painful tax increases.