Our Declaration of Independence Today: Charlie Brown and Pogo Watch We, the People 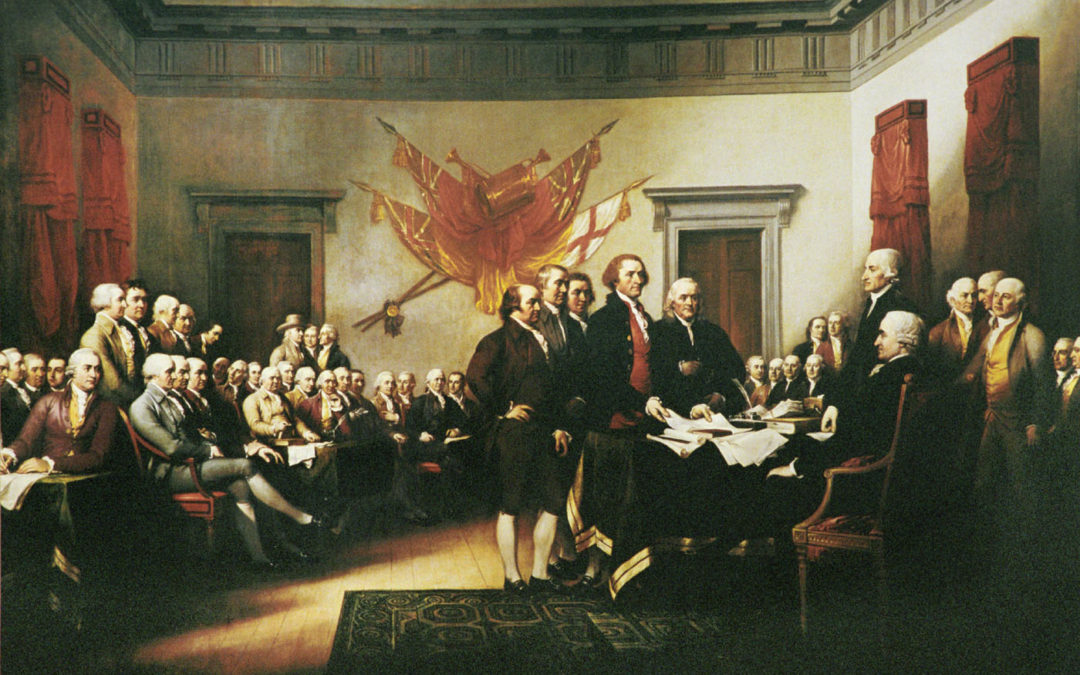 Most Americans feel frustrated with politics and elected officials at every level. Rasmussen polls indicate 80% of voters think government is too big and intrusive. Only 19% trust government to do the right thing most of the time. Only 21% think that the government today has the consent of the governed. Most disturbing of all, 36% live in fear of their own government. This in a nation that was designed specifically to have governments totally responsive to We, the People; their master.

Their feelings are much like that of Schultz’s hapless Charlie Brown, who wants to kick the football to record-breaking heights and distances, but is defeated every time by persuasive and devious ball-holder, Lucy van Pelt. Lucy, you’ll recall, always breaks her promises by pulling back the football at the last moment, leaving Charlie spinning in the air and landing with a crash, flat on his back. Lucy, of course, represents the pervasive power of an overreaching government.

This Independence Day, let’s read the Declaration document again and contrast its eternal message with our daily political discourse.

The self-evident, unalienable moral truth laid out in that Declaration of Independence has inspired hundreds of millions of people all over the world for 240 years. Those natural laws are:

Today, we have endless debate about what the chattering class labels “right” or “left” or alternately “conservative” or “progressive” values. Those values may be debatable but natural moral law is not. In order to explore the rhetoric of those labels, we might consider where following each path to its extreme would take us:

If we go left and keep on that course, our final destination is Communism.

If we go right and keep going to the end, we are in a military dictatorship.

Either way, the journey ends in tyranny and man is a slave. Consequently, today’s arguments about left and right sometimes are little more than sound and fury rather than useful ways to consider the philosophy behind our laws and policies.

Benjamin Franklin, if he could look at today, would say that we did not keep the republic he helped create. Franklin signed both the Declaration and the Constitution. He knew that the Declaration expressed natural, sacrosanct moral principles for the permanent use of this nation and the world. It is not amendable. On the other hand, the Constitution is a blueprint for how to run the US government in compliance with the Declaration. It is explicitly amendable, as it should and must be since it reflects man’s (intrinsically fallible or limited) attempts to create a government in reference to the laws of nature and Nature’s God.

From the above, we can discern three more truths or Natural Laws:

To complete the picture of the nation’s founding, it is enlightening to look at the last sentence in each document:

The Declaration of Independence states: “And for the support of this Declaration, with a firm reliance on the Protection of divine Providence, we mutually pledge to each other our Lives, our Fortunes, and our sacred Honor.” This was followed by the signatures of the 56 signers, fully prepared to pay the price of being called a traitor if it was necessary for this country’s freedom. Many did so pay.

The Constitution concludes, “In Witness whereof We have hereunto subscribed our names.”

Hearkening back to the frustration felt by many Americans, it seems that we want the results promised in the Declaration, but do not want to fulfill the obligations necessary to make it happen. Benjamin Franklin, when asked what kind of government they had formed, is said to have replied, “A Republic– if you can keep it”. That brings to mind the famous line from Walter Kelly’s Pogo cartoon:

“We have met the enemy and they are us”.

But what are the specifics? What actions need to be accomplished by us and in what order?

First and foremost, we each need to build our knowledge, self-confidence and assertiveness. Read again the Declaration. Then ask yourself two questions:

Who owns you and your life?

Who owns the government and its life?

If you answered, “I do,” both times, you go to the head of the class. But how many people realize that? Look around you, to the people you see every day. Some are in control of themselves, others are not. Those who are not at their own steering wheel cannot effectively serve their role as a member of We, the People. The Founders spoke directly to our self-governance when they wrote that God had created all men equal with the right to life, liberty and the pursuit of happiness. From the individual to the household, neighborhood, city, and beyond, self-governors are the roots and branches of every community in America. Those communities are essential to our government and our liberty, which will whither and die if those self-governors do not continue their role in upholding the moral foundations of the free society found in the Declaration.

Knowing this, what needs to be done by us, in our communities (neighborhoods, civic clubs, professional associations, recreational clubs, sports associations, etc) to restore the American Dream and Spirit?

First, we must make the Declaration the permanent, paramount moral foundation for American society, law, and governance. The Constitution, highly important as it is, must serve the law of nature’s God.

Second, all political discussion and/or debate must be drenched in the moral foundations of a free society with morals trumping values every time they conflict. That means that every existing or proposed law would have to pass the UP (serving individual liberty) direction or flunk the DOWN (serving a bigger, more intrusive government) direction. And the conflict would be right there in the open. Those wanting bigger government action will be compelled to admit that they want each of We, the People to be smaller and less self-governing. Ask yourself: how many would like to be identified as a Lucy van Pelt? That’s the power of moral principle. Compromise is not an option. Lucy cannot pull the football halfheartedly without suffering a broken wrist or hand.

Just think: what would happen if we, one at a time, began to adopt the above attitude and talked about it in our communities? It would spread by word of mouth, a little at a time. Then successes would begin to appear and the pace would increase. Somewhere out there, a tipping point would be achieved and the initiative would be with society. Where it must be.

Walter Williams, a prominent economist professor at George Mason University, recently wrote a column about how the American Dream has become a nightmare due to the thousands and thousands of government actions that made tiny cuts in the hide of American freedom and enterprise over the last 150 years. Every one of those cuts is still bleeding. Correcting this requires healing each of the wounds. At the same time any additional cuts have to stop. The attitude change of the self-governed (discussed above) will move society into the driver’s seat to get this done. Here is a partial prediction of the change we can see if we take action:

Which leads to a final thought. John Adams, a key Founding Father, said this about his life-long obsession with freedom: “Posterity! You will never know the sacrifices my generation made to preserve your freedom. I hope you make good use of it. If you do not, I will repent in heaven that I ever took half the pains to preserve it.”

Picking up from Adams, let us end with a plan to recapture the American Dream with:

Now our discourse is on course.

QUICK, KICK THAT BALL, Charlie Brown. Lucy is visiting her psychiatrist and Pogo is watching with intense and hope-filled interest.