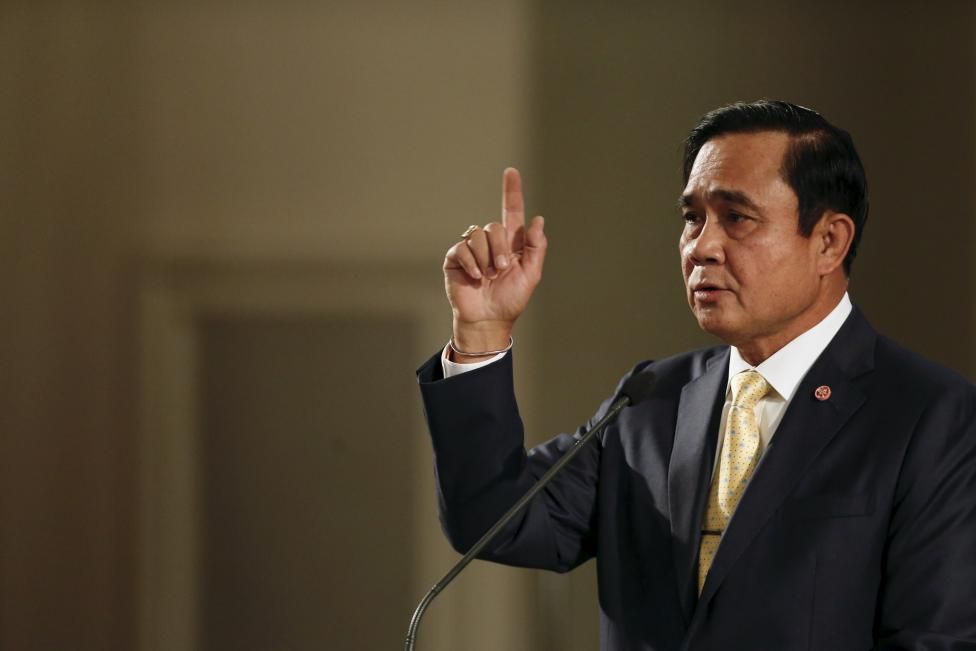 The Thai people voted on the latest constitution pushed by the reigning military junta. By banning any opposition, General/Prime Minister Prayuth Chan-ocha won approval to continue his dictatorship from behind the scenes.

For decades military coups were frequent and the court, along with the military, bureaucracy, and business, long dominated democratic politics. Well-connected elites prospered while the rural poor languished, seemingly forgotten by their own government.

That came to a dramatic end in 2001 when flamboyant business mogul Shinawatra Thaksin (the latter his given name, by which he is known), ran a populist campaign and won the support of the long-suffering rural poor. The usual governing elites refused to accept their loss of control and an extended, often violent political struggle ensued, culminating in coups in 2006 and 2010.

The regime also targeted opponents with Thailand’s oppressive lese-majeste laws. Last month the government charged a 40-year-old mother in an apparent attempt to silence her son, a student activist who opposes military rule.

The brutality of generalissimo Prayuth’s rule cannot be disguised by his cartoonish nature. One of his first acts was to send service personnel out to play music and dance while proclaiming the return of happiness to Thailand. He penned a song on the subject and hosts a weekly television show in which he lectures the nation.

In its latest human rights report the State Department noted that the junta had imposed an interim constitution and decrees “severely limiting civil liberties, including restrictions on freedoms of speech, assembly, and the press.” People could not choose their government and security forces often abused human rights, while largely enjoying “official impunity.”

Yet last year the dictator-wannabe complained about that people were “harsh” towards him.

Under the new constitution, the military will continue to dominate the state, despite the promise of elections. While allowing a nominally free vote on its “roadmap to democracy,” the military did everything else possible to force the population to ratify its continued rule from the shadows.

Most important, anyone opposing the constitution faced up to ten years in prison. In his finest dictatorial form, generalissimo Prayuth declared that the Thai people “have no rights to say that they disagree” with him: “No one will be exempted, not even the media.”

At least 120 people, including former cabinet ministers and parliamentarians, were arrested for criticizing the document. The youngest defendant was an eight-year-old girl charged with obstruction for tearing down a poster because she liked its (pink) color. The generalissimo’s minions were not amused.

The main selling point was that enacting the constitution appeared to be the quickest, and perhaps only, way back to nominal civilian rule. General/Prime Minister Prayuth, with his Gilbert and Sullivan routine, will remain in power in the background. Unfortunately, refusing to allow people to freely choose their path, warned former cabinet minister Chaturon Chaisang, means “there will be conflict in the future.”

As I pointed out in Forbes: “Thailand’s contending factions need to accept the legitimacy of each other and work together. Thailand also needs a new constitution, but one which decentralizes government authority, allowing Thais to more easily live in relative political peace.”

The future of Thailand should be up to the Thai people, and not only those carrying guns. Only by pushing generalissimo Prayuth aside will they regain their liberty.