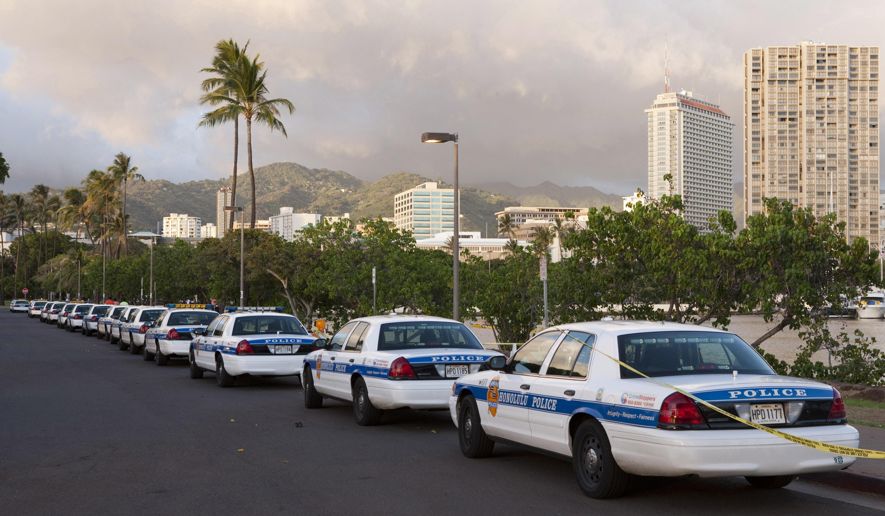 Almost every morning, Hawaii residents wake up to news stories of violent crime in local papers, from road rage stabbings to burglaries. Most people in the islands might assume crime is getting worse, but surprise: crime in Hawaii is actually falling.

Over the past two decades, crime in Hawaii has fallen by over 40 percent. This is during a time when Hawaii’s population has grown rapidly. Clearly there is less crime, and credit certainly goes to our local police for their role in creating a safer Hawaii.

However, it’s not clear whether the police deserve all of the credit for the remarkable decrease in crime because Hawaii’s falling crime trend follows a national pattern. Since 1991, crime across the nation has fallen by 36 percent, and the trend is similar across all 50 states.

Despite the national and local trends of crime decreasing, police spending is on the rise – in a big way.

Since the year 2000, Hawaii police costs have soared well past inflation. In Honolulu, for example, costs have risen 13 percent per person for every police officer in the past decade. Maui has seen a 23 percent increase in costs, and Hawaii Island and Kauai have also seen dramatic rises of 8 percent and 18 percent, respectively.

So is crime falling because police spending is rising, or is police spending rising in spite of naturally falling crime rates? It’s tempting to conclude that higher police spending has resulted in lower crime rates in Hawaii. However, crime may be falling for different reasons, which may relate more to broad economic, social and national trends.

Either way, now that crime has fallen by 40 percent in Hawaii, does it really make sense for government officials to continue ramping up spending on police? After all, the increases in police spending in the islands amount to real costs for Hawaii’s taxpayers, who may not benefit any more from the growing police state.

On Kauai, the average overtime for every police officer is more than $16,000, which is three times higher than the County of Hawaii and substantially more than Maui. One officer in Kauai made $74,055 in overtime in 2013, and many other officers have made similar amounts.

When overtime is spiked, it also spikes the public pension payouts for certain government employees. These costs add a higher burden on Hawaii’s employee retirement system, which is already $8 billion in the red, and taxpayers may be on the hook for many years to come.

Along with the growth in spending has come a decrease in accountability, as stories of police misconduct are common in local news media. Hawaii police departments have been notorious for their lack of transparency. Although crime has fallen significantly, there are real costs to a continually growing police force in the Aloha State, and citizens are right to question where the money is going. Increasing transparency and accountability are appropriate first steps in holding the government accountable.

The Grassroot Institute is compiling a report which details all police spending and crime statistics in Hawaii. Get the report when it’s released by signing up below.