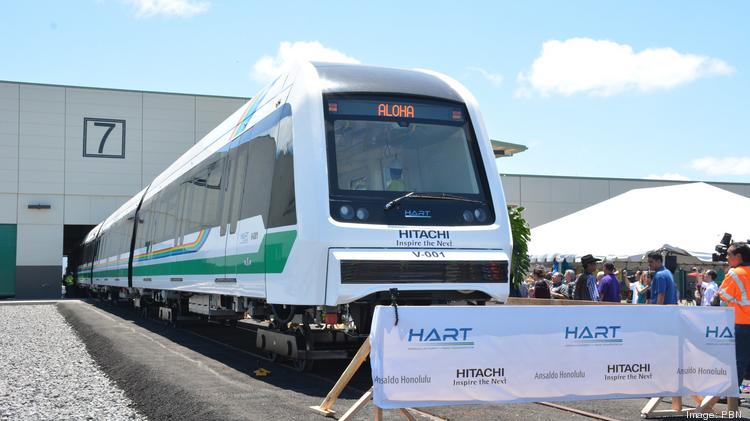 Last week we took a look at the HART website where it took issue with our estimate that the surcharge was costing us all an average of $200 per person annually. Today we take a look at another vexing question: With all this money coming in to fund the train, how much of it is being paid for by folks who pay tax and then leave? We said 15%-20%. The City says 33%. Who’s right? You decide.

Mayor Caldwell’s State of the City address in February 2015 included the line, “Why would I as mayor want to give the visitors a break and make all of us pay everything? Let’s make the visitors pay one third.” HART’s website also has a FAQ section saying that a “large percentage” of the rail surcharge is being paid by tourists making purchases on Oahu.

The City’s number is based on a 2007 report of the Hawaii Tax Review Commission, which then was chaired by Isaac Choy, now a state representative. The report says that “about 38 percent of the GET is borne by nonresidents,” citing an appended “Study on the Progressive or Regressive Nature of Hawaii’s Taxes,” Appendix D,” which clarifies that “nonresidents” include not only tourists but military personnel and the Federal Government itself.

The Foundation came up with its own estimates using calculations from Hawaii Tourism Authority and Department of Taxation data for 2011-2013, and found that the proportion of the surcharge attributable to visitor spending was 15%-20%. Of course, this number depends on what the Tourism Authority considers a visitor, but it probably isn’t going to include military families and the Government.

A recent follow-up piece by Hawaii Free Press published on August 16, 2016, calculated the proportion for 2014, and concluded that it was 14.1% using methodology similar to ours. The Free Press article also located another study published by the University of Hawaii College of Tropical Agriculture and Human Resources in 1989, which states, “In total, one-third of the G.E.T. is exported under the assumption of full forward shifting [meaning that the tax is passed on to the consumer]. Tourists account for only 17 percent of total final sales in Hawaii but were estimated to pay 25 percent of the G.E.T.” That study defined exporting as shifting of taxes to persons and entities residing in other jurisdictions.

What we have here is really a matter of semantics. When we say “tourists,” do we mean to include people who live here temporarily, such as our military families, and do we include the Federal Government itself? It seems that 15%-20% of our surcharge is being paid by “tourists” in the strict sense, but when you include military families and the federal government you do come up with a percentage closer to a third.

Besides that, however, is another question we should be asking so that we can properly understand the debate. Why do we care about how much is paid by “us” as opposed to “them”? Is the local government trying to justify confiscatory taxes that are feeding waste and corruption because some of it is being paid by “the other guys”?

The important thing here is not to be fooled! We need answers to important questions like why this project is no longer “on time and on budget.” If there is fraud, waste, or corruption, it’s got to be rooted out. Even if one-third of this project is being paid by “others,” two-thirds of it is, without a doubt, being paid by “us.” We need to continue to be vigilant, insist on transparency, demand accounting that we can understand, and get rid of creative arithmetic like adding cash and accrual basis numbers. If the folks in HART can’t or won’t be honest with us taxpayers, we need to find folks who will be. If we’re exporting 14.1%, 20%, or 33%, the part that’s left is still enormous. We need to care about it and let our government know that we are watching.