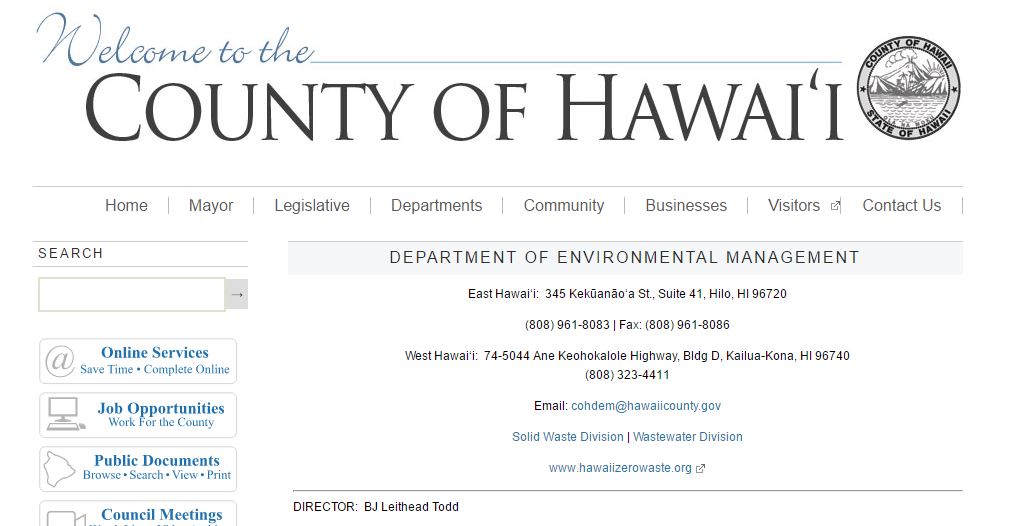 We love quo warranto cases. Not just because “if it ain’t Latin, it ain’t the law’ (as one of our favorite law school profs informed us), but because they are yet another means for citizens to challenge those holding and exercising power.

The case involved the requirement in the County of Hawaii Charter that the Director of the Department of Environmental Management possess “an engineering degree or a degree in a related field.” The mayor and county council hired a lawyer who did not have an engineering degree — only a bachelors with a major in English and a minor in Hawaiian studies, plus a JD — and a citizen brought a quo warranto suit challenging her qualification for office.

The circuit court granted the County’s motion for summary judgment, concluding that the quo warranto plaintiff bore the burden of proving that the mayor and council abused their discretion in interpreting the “related field” provision. Agency decisions are entitled to judicial deference, after all.

The Intermediate Court of Appeals disagreed.

Second, the ICA held that neither the mayor nor the council are “agencies,” and thus “are not entitled to deference as political bodies or as agencies in their appointment of Leithead-Todd in this quo warranto action. In a quo warranto action, the circuit court is not acting as an appellate court, like it would in an appeal from an agency decision under HRS § 91-14(a) (2012 Repl.), but instead reviews whether a person who claims office has the authority to do so.” Slip op. at 8-9.

Finally, the court rejected the County’s “cursory” argument that this issue is a nonjusticiable “political question.” The question of the Charter definition hasn’t been given to the political branches, nor is the term “related field” so beyond a court’s competence that it simply cannot make a ruling.

This case illustrates the problems that can arise when the idealistic desire to raise the level of professionalism of county officials runs into the practical reality of a shallow gene pool. The Big Islandpopulation isn’t that large, and sometimes you may not have someone who both possesses the prime qualification, and will take the job.