The Man Who Outsourced the Government 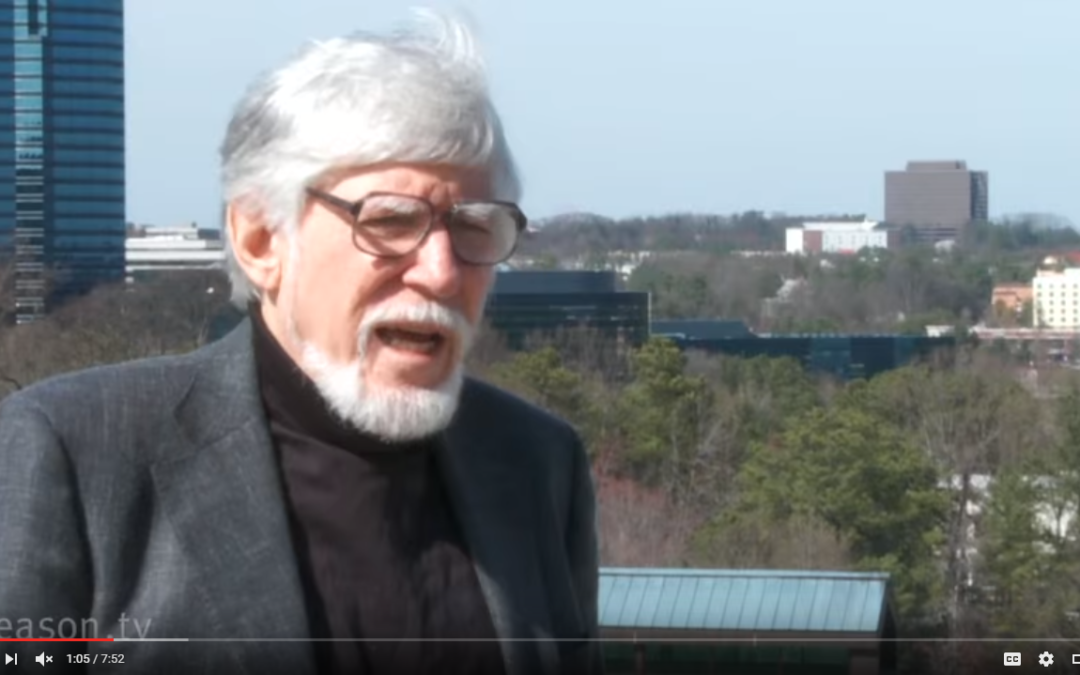 The man who created an entire city run by entrepreneurs instead of government is coming to Hawaii on Sept 28th and 29th. Tickets available here!

The following interview was conducted by the Foundation for Economic Education magazine, The Freeman. Oliver Porter created and implemented the public-private partnership (PPP) model for Sandy Springs, Ga.—a city of 100,000 people near Atlanta. He has served as the principal advisor for many other new cities and for cities considering the conversion to the PPP model, both in the United States and Japan. He has authored three books on this subject and has agreed to sit down with The Freeman.

The Freeman: Can you describe in a nutshell what Sandy Springs, Georgia, has been able to do—that is, provide a sketch of your model?

Porter: The Sandy Springs model is a public-private partnership (PPP) in which the city contracts with private industry for all of its basic services other than public safety—that is, police, fire, and courts. The model has been an outstanding success, both financially and in response to citizens’ service needs, over the seven years since the city’s incorporation. Financially: The city has not increased tax rates at all; has paid for a major capital improvement program from savings in the operating budget; has built a $35 million reserve fund despite a recession; and has no long-term liabilities—that is, no loans, no bonds, and of most importance, no unfunded liabilities for pensions and other benefits.

The Freeman: How much money has the model saved taxpayers there?

Porter: Initially about $20 million per year—40 percent of the budget for the “basket” of services being provided. These services include: administration; human resources; finance; accounting; purchasing; information technology; the backroom operations for the police, fire and courts; parks and recreation; transportation (road and sidewalk maintenance, traffic design and control); community development (planning, zoning, permitting, and enforcement); and management of the capital program. Over the life of the contracts, I am comfortable in saying that over $140 million of the taxpayers’ dollars have been saved.

The Freeman: That is truly staggering. But what about the quality of the services?

Porter: Services have been substantially improved under the PPP model. Surveys, both internal and national, have generally rated Sandy Springs services as excellent.

The best indicator of citizen satisfaction may be that in the first election (four years) after the city was formed, the lowest vote total that any incumbent received was 84 percent. That certainly indicates a high level of voter satisfaction with the efficiency and responsiveness of the model.

The Freeman: The New York Times, not known for its affinity for anything private, wrote a pretty favorable story about your outsourcing work in Sandy Springs. There were certainly grudging admissions. But one worry the author expressed is that it only worked because Sandy Springs is an affluent area and that outsourced government services are not feasible in poorer areas. What do you think about this concern?

Porter: First, let me say that although Sandy Springs is relatively affluent, it is not a rich enclave. Unfortunately, there were areas of the city that were well below the average income of the metropolitan area. Sandy Springs is a melting pot with a population that includes 30 percent minorities—a growing segment—and over 55 percent apartment dwellers. Five other new cities with varying levels of affluence have been formed, each adopting the PPP model, and all have done well. In my opinion, the model is even more suited for less-affluent communities. These communities need the savings that the model offers, even more than richer areas.

By the way, everything that I am saying about city governments applies equally to counties.

The Freeman: Detroit is insolvent. It’s a city that is essentially dying. If you could say anything to the new “emergency” manager there—Kevyn Orr—what would you say?

Porter: I hope to have the opportunity to meet him in the next month. I would say to him, “If you are in a deep hole, quit digging!” In a crisis, small, incremental steps are not sufficient. Bold initiatives are required. First, look for alternative service methods such as a PPP to produce operating savings; and second, consider the privatization of the city’s assets, to raise funds to be applied to the debt.

The Freeman: Some ideological purists who read this publication might not like the idea of public-private partnerships like those you’ve established. But among those purists, some will have reasonable concerns about corrupt relationships between business and government forming over time. Do you worry about the system in Sandy Springs being corrupted?

Porter: No. All governments have shown an Achilles heel that allows for corruption.

The traditional model for cities is not immune. However, there is less opportunity under the PPP model than would normally be the case. The fact that the elected officials are prohibited from meddling in the day-to-day operations—including the bidding of contracts, hiring and firing of employees, and the granting of license and permits, etc.—is a deterrent to improper dealings. All contracts are granted through competitive bidding that is open to public scrutiny. The initial contract bids were thoroughly scrutinized by a citizens’ committee, then by a volunteer group appointed by the governor, and finally by the elected council.

On a continuing basis, PPPs diminish the opportunity for such unacceptable behavior. Unlike traditional cities, the private contractors have a profit motive that serves as a natural incentive to reduce costs and operate efficiently. Therefore, behaviors such as preferential hiring of friends and relatives, or palm-greasing, that are sometimes prevalent in traditional governments, become a non-issue in the PPP model.

The Freeman: Has anyone copied your model?

Porter: Yes, At least five other cities. There are thousands of existing cities and counties that could benefit from the model. The only barrier to the adoption of the PPP model is politics. Officials, who have been elected under the traditional form of government, are scared to consider a new model even though it offers better service at lower costs. When I interact with such groups, I point out that their principal job is to serve the citizens—not to provide jobs—and that a part of their job description should be to constantly consider alternative methods for providing service.

The Freeman: We hope to publish this conversation in an issue on the subject of power. And as you know, the way political power works, in part, is that it protects entrenched interests, most of whom have a lot to lose from change in the status quo. It seems to us that the biggest obstacle for people adopting your model is that very power and those who benefit from its existence. What does it take to dislodge these special interests so that the people can see the benefits of privatization?

Porter: Unfortunately, it may take a financial crisis: bankruptcy or near-ruin. A number of our cities are near that point. If unfunded liabilities are properly recognized, many more are approaching the crisis state.

For the cities not yet in crisis, there are several steps that should be taken to open the door to efficiency. First, it takes a hero, an elected official, or prominent citizen, who is willing to take the heat that may come from those with vested interests. Such sponsorship should lead to a low-cost study that compares current operational costs, and this is very important, costs for pensions and other benefits, of the traditional city versus the PPP model. There is no risk to the city for such a study. And the cost is quite low compared to the potential payoff. If the study shows the potential for substantial savings, the city should issue RFPs [requests for proposals] for the PPP. Again, there is no risk. If the bids do not show substantial savings (and in most cases they will), the city has no obligation to proceed.

The Freeman: Can state governments do anything to help municipalities adopt your model?

Porter: To date, the states have done little; however, there is much that can be done. Obviously the most effective step would be a requirement that cities, at least, consider alternative models. Funding of comparative studies would be an even more helpful step. Removal of legal barriers to the PPP model that exist in some states is, of course, necessary and desirable.

May I add that not-for-profit organizations and media outlets should also take up the cause of municipal reform. The Freeman is to be commended for opening the subject.

The Freeman: Oliver Porter, it’s been a pleasure to speak with you.

Porter: Thank you. I hope that the conversation will not end with this interview. I welcome contacts from interested citizens across our nation.

The Freeman is the flagship publication of the Foundation for Economic Education and one of the oldest and most respected journals of liberty in America. For more than 50 years it has uncompromisingly defended the ideals of the free society.

This article was originally published on FEE.org. Read the original article.