Peak Posner At The 7th Circuit: Cab Companies Were Chumps To Rely On A Govt Monopoly To Protect Them From Competition 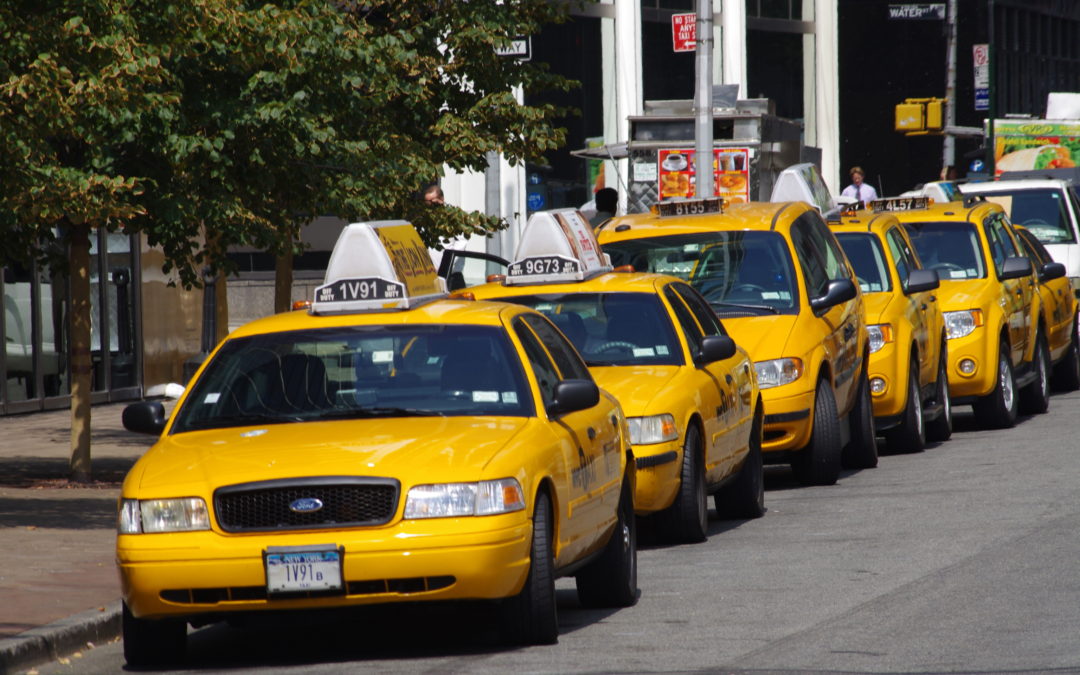 Here are two cases about a topic that’s been getting a lot of traction lately in legal circles: how to deal with the so-called sharing economy. You know, things like Uber, Lyft, Air BnB, and … DogVacay. [Sidebar: that last one reminds of us Jack Handey’s faux sponsor of SNL‘s “Unfrozen Caveman Lawyer” series, “Dog Assassin” (“When you can’t bear to put him to sleep, maybe it’s time to call … Dog Assassin.”)].

Uber, Air BnB, and DogVacay aren’t taxis, or hotels, or dog walking services, they say. But they sure do look a lot like them, no? And because of that, these issues can make for some interesting decisions because they really draw the competing philosophies into focus. The police power hawks believe that these things should — like just about everything else — be controlled by regulations; the public needs to be protected! The libertarians applaud the free market forces at play. The property rights folks … well, they get a mixed bag.

And that’s what today’s decisions are to us — a mixed bag. Or at least situations where we can see some merit in both arguments.

In Joe Sanfelippo Cabs, Inc. v. City of Milwaukee, No. 16-1008 (Oct. 7, 2016), and Illinois Transportation Trade Ass’n v. City of Chicago, No. 16-2009 (Oct. 7, 2016), the Seventh Circuit, in opinions authored by Judge Posner (did you really expect anyone else would draw this assignment?), concluded that holdovers from the legacy economy — the owners of city-issued taxi medallions and permits — did not have their property taken when the city allowed ridesharing services to operate.

The court acknowledged that the taxicab industry is “tightly regulated” by the municipalities. Indeed, you can’t operate a taxicab without one. And ridesharing services, although somewhatregulated, are certainly subject to less government interference in that you don’t need major municipal permissions to start chauffeuring people around. And that was the point the plaintiffs objected to: we relied on the controlled market and have property rights in our medallions and permits, they argued, and letting these interlopers do the same thing we do without also having to get a medallion is a taking of our government-sanctioned quasi-monoply.

The court rejected the claim. Although it agreed that the medallions are property, the court held no taking because owning a medallion is a property right to operate a taxicab, and isn’t a property right to stop others from driving people around the city for money. “The City has created a property right in taxi medallions; it has not created a property right in all commercial transportation of persons by automobile in Chicago.” Joe Sanfelippo Cabs, slip op. at 5. The panel acknowledged that if the cities were to have outright confiscated the taxicab medallions (which would have prohibited the taxicab operators from operating taxicabs), it would be a taking. But allowing Uber and Lyft to operate things that look like taxis (but are not taxis) “is not confiscating any taxi medallions; it is merely exposing the taxicab companies to new competition — competition from Uber and the other TNP’s.” Joe Sanfelippo Cabs, slip op. at 4.

The court held that ridesharing services are different animals than taxicabs, and Uber and Lyft are as different from cabs as dogs are from cats: you can’t physically hail down an Uber or Lyft vehicle on the street but must use a smartphone application to do it for you, and a taxi’s fare structure is determined by the city.

We suspect that the taxicab operators have a much different view. Because Uber and Lyft are really, really a heckuva lot like taxis, aren’t they? You hail a ride (not with your arm and a whistle, but with your fingers and your phone), you get in, you go, you get where you’re going, you pay the driver (again, with the app not by handing him/her money). But come on, is that enough of a difference to say that ridesharing isn’t cabbing? On that, we’re mostly with the cab operators. Having used Uber and Lyft more than a few times, they sure do seem like taxis with some very minor differences.

But to the court, whether to regulate ridesharing services the same as taxicabs was within the discretion of the city. In the same way that many cities require dogs to have a license, but not cats (we’re not kidding: this analogy is right there on page 6 of the opinion). Don’t like having to get a license for your pet? Be sure to get a cat. You don’t want to get a taxi medallion? Drive an Uber.

And those who already relied on the regulatory system in place to invest in a medallion who thought this was a high barrier to entry into the driving-people-around-for-money market? Chumps.* The court told them figuratively that if they think Uber and Lyft have a competitive edge over traditional taxicab services, then they should get with the program and start competing! (Or start driving for Uber or Lyft.)

As we mentioned earlier, these decisions draw us in opposite directions. We like takings, but we also like free market thinking. We’re not big on a lot of regulation, but we also favor a regulatory system, if it must exist, that allows investment without fearing the government will just decide one day to ignore its own regulatory requirements and exempt others similarly situated from regulations which govern you.

That last point is really the panel’s main thrust. See Joe Sanfelippo Cabs, slip op. at 9 (“A ‘legislature, having created a statutory entitlement, is not precluded from altering or even eliminating the entitlement by later legislation.'”). You shouldn’t rely on a regulation, unless the things you are relying on are welfare benefits or employment or other forms of “New Property.” (Then you can.) But not here.

Why there’s a difference, we can’t really say.

*Ever since Chief Justice Roberts made “chumps” a legal term of art, see Arizona State Legislature v. Independent Redistricting Comm’n, No 13-1314 (U.S. June 29, 2015) (“What chumps!”) (Roberts, C.J., dissenting), we’ve committed to employing it every time the opportunity presents itself. You should too.