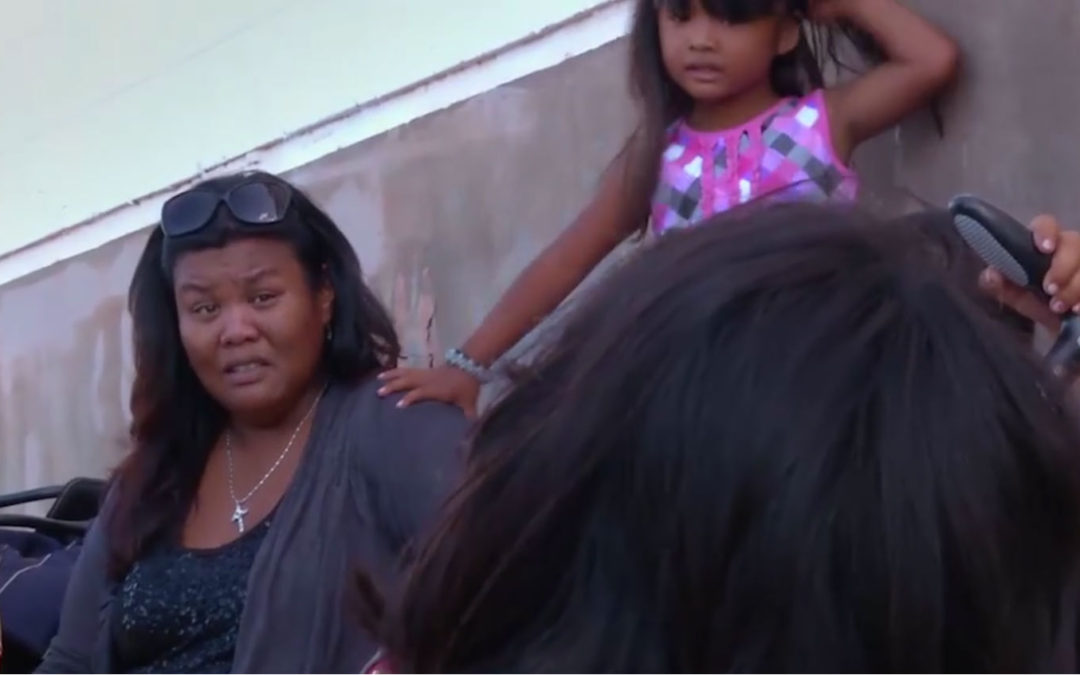 Everyone agrees that we need to do something about Hawaii’s homeless situation…and that’s part of the problem.

In the documentary “No Room in Paradise” (currently airing on Hawaii News Now), we are shown the human face of homelessness and given a sense of the urgent need to help. The documentary filmmakers conclude that the reason for the homeless problem is a lack of affordable housing and services, combined with a lack of political will to address it.

On the other hand, Governor Ige declared that homelessness constituted a “state of emergency” in our islands–a sign of political attention, if nothing else. But Dr. Colin Moore, a Political Science professor at UH, says that the Governor’s declaration is an expansion of executive power and not an effective way to address the crisis.

Meanwhile, the people who experience the day-to-day impact of homelessness are in an unenviable position. Hawaii Children’s Discovery Center, located in the midst of a homeless encampment, told the Star Advertiser that a drop in attendance forced them to contemplate closing their doors. Visitors felt unsafe, and the Center admits that they’ve had problems with robbery and vandalism. However, the Center also learned that complaining only deepened the public’s reservations about visiting…and got them tarred by homeless advocates as lacking in compassion.

The real problem is that we don’t want to acknowledge the truth. This is a systemic problem that can’t be “fixed” by programs that focus solely on relocating people or coming up with a few housing units. It’s true that we have lacked the political will to change things, but not because our policymakers don’t care about the homeless. In fact, finding a real solution isn’t going to be quick or easy. It requires a significant change to the policies that have ruled our state’s economy, bureaucracy, and land use for decades.

The best way to help the homeless is obvious: make it possible for everyone to “get richer.” By following free-market principles, the needs of all people along the economic spectrum, for food, clothing, shelter, and healthcare, are met at the highest levels. Grassroot’s “Free Market Solutions to Homelessness” focuses on the laws and regulations that create economic barriers to success and/or exacerbate the homelessness problem. In addition to cutting red tape and taxes (especially the regressive GET), we can also loosen restrictions on development and encourage job growth by changing licensing and minimum wage laws.

Yes, we need to help the homeless. But until we attack the problem at the foundation by embracing a free market approach, all we will have are temporary band-aid solutions and a “state of emergency” with no end in sight.