The Health Financing Crown Wears Heavy on the Insurers’ Heads 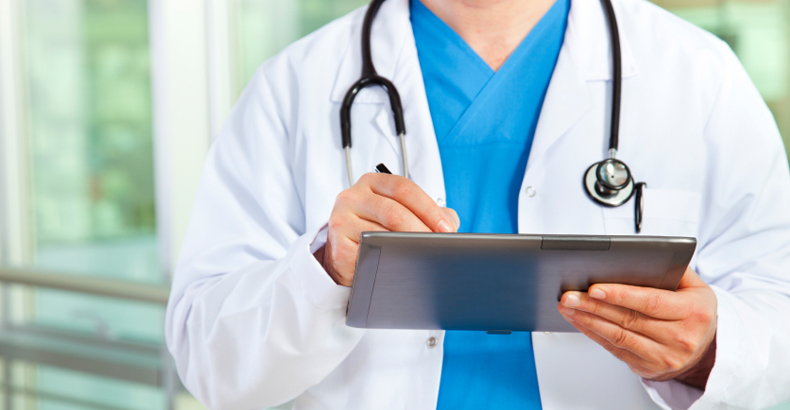 Some have argued that health insurance is “not insurance.”  That overstates the case, but it is not completely wide of the mark.  Because finding out why should be illuminating to anyone puzzling over the issues in healthcare finance, the biggest of which is rising costs, I want to  take some time to explain this little corner of the world that I have spent the past dozen years in.

Healthcare costs have been rising faster than inflation for a long time and, as the actuary of the federal Center for Medicare and Medicaid Services (“CMS”) projects, I predict this trend will continue far into the future.  There are many reasons for this, but most significantly:  (a) innovation in medical technology increases the options for someone needing care; (b) obesity and sedentary behavior are increasing over the same period; (c) providing a strong source of financing to an activity tends to raise the costs of that activity; and (d) a system that separates control over costs from the payer of those costs will tend to experience rising costs.  There are many other factors, but these four are the central drivers of the problem.   Please note that the market for healthcare (costs) is a different and entirely separate market from the market for health insurance (prices or premiums).  Thus, even if there is competition between health insurers, that only creates an incentive for cost control—it does not automatically lower those costs.

To step back, there are five basic types of financing:  (a) funding out of current cash; (b) debt; (c) equity (i.e. issuance of stock); (d) taxation; and (e) insurance.

For decades, since the first prepaid health plans of the Blue Cross/Blue Shield hospitals and the Henry J. Kaiser system for caring for workers, we have used insurance to finance healthcare.  Insurance is a combination of risk transfer and risk pooling.  We transfer the risk from the policyholder to the insurer.  We pool the premiums collected from many policyholders annually to cover the annual losses of the insurer.  Two things are required for this mechanism to work:  (a) large losses must be far less frequent than small losses; and (b) people with losses must be far outnumbered by those who don’t have losses because there is a cross-subsidization going on where the people with losses are subsidized by those without losses.  In health insurance, therefore, the key question is who is in the risk pool.  If the risk pool has a lot of healthy people you might be okay, but if you have too many sick people, you won’t be okay.  Now where do most people go wrong in understanding insurance?  Let me show you:  we don’t insure loss, we insure the risk of loss.  If you grasp that subtle distinction, you’re on your way!  And by the way, do you know how insurers typically determine the premium rates?  By reference to recent historical loss experience.  How else can you do it?  Insurers pay losses, so loss history should tell us something important.

Part of the reason why the standard insurance mechanism doesn’t work well in the health area is a practical one—the per capita costs in this area are far higher than in other lines of insurance such as general liability or homeowners.  If enough people (or businesses) are struggling to pay the premiums, then at some point down the road the financing system is likely to buckle in a rising cost environment.  High costs also deter the healthy from joining the risk pool and this can foster an upwards spiral in premium rates. The other problem is qualitative.  We think of healthcare differently than other types of risks that we insure because health often involves whether human beings live or die.  While we might be willing to say that you don’t get a Cadillac if you can’t pay, it is harder to say that you don’t get your surgery if you can’t pay.  More importantly, underwriting by insurers to select good risks and deselect bad risks is normal in insurance, but in the health area, those “risks” are people and underwriting takes on an “inhuman” feel.  Another problem is that insurance was designed to make reimbursement for unexpected, unintentional losses, but in healthcare both preventive care and continuing care for chronic diseases seem to be easily foreseeable, at least after a certain point.  The sheer frequency of these losses makes them harder to insure.  There is another technical, but consequential, difference between health insurance and other types of insurance.  In health, at one time, health insurers used the standard reimbursement or indemnity payment which involves cutting a check.  In the 1980’s, the market responded with managed care, which means that an insurer contracts with a provider network in exchange for a negotiated payment from the insurer to the provider.  Obviously, for a healthcare provider to be of use, they need to be in some reasonable geographic proximity to the insured.  Again, this is not merely a matter of sending you a check via the U.S. mail.

For both the quantitative and qualitative reasons, many developed countries use a government-run financing system (“single payer”).  Now, there are different types of single payers—some only provide financing of healthcare, others provide both financing and delivery of healthcare, and still others are a hybrid mixture of various systems (a topic too complex for this space).  The single payer differs from insurance because instead of the pooling of premiums, it is financed through taxes (the incidence of which is a policy question TBD).  Even the free-market guru Milton Friedman acknowledged that because of the single payer’s immense purchasing power, it could control costs by squashing down on the prices charged by providers of healthcare and medical technology.  The main downside is the rationing of care and long waiting periods before service is rendered.  As to the single payer idea, we must worry about three threshold issues:  (a) done at the State level, there are ingress and egress issues in a free country that can make the system too volatile to sustain and which can blunt its ability to control costs; (b) done at the Federal level, we must accept the fact that our U.S. Constitution is not the same as the governing charters of other countries and therefore imposes certain constraints upon us that might disable a single payer solution; and (c) tax funding has a political aspect, so query if we can raise the tax rates over the long term to accommodate rising healthcare costs?

So what do we do?  We need to have a conversation, but not one where the battle lines are drawn before everyone understand the issues and the consequences of various courses of action.  We need to think with an open mind and defer the partisan battle until after our minds have had a chance to do their work.  In other words, we should think before acting, not act before thinking.  And a little truth telling before we spin ourselves into confusion would also be helpful.  For starters, with the four perennial issues of health insurance–access, coverage, cost and quality–you cannot always have your cake and eat it too.  And another thing:  you’re not going to live forever and if you really understood extreme old age, you might not want to.   Finally, step back and ask yourself what exactly is the “problem” that we are trying to solve?  Is it really a “problem” that doctors can do more than give you two aspirin and tell you to call them in the morning?  Because if the objective is merely to solve the healthcare cost problem, then I can do it easily: we can make it illegal for people to go to the doctor or hospital in the first place.  Or maybe there is a less draconian solution.  Ladies, please tell your husbands and boyfriends that sitting on the couch in front of the television watching a sports event and shouting, “nice hit, nice hit,” isn’t the same as going outside and exercising.  And gentlemen, when your wives and girlfriends ask you “does this make me look fat?” just say:  “What do you mean—look?”  Or to put it another way, consider what would happen if everyone stopped drinking sugary drinks and drank water instead?  Do we really always need a complex, high tech solution for everything?

Now, to toot my own horn, please notice that nowhere in this essay have you heard about the Affordable Care Act.  Why not?  Because we have to look through the surface of the system to understand why it is the way it is and how it can be fixed without making things worse.  So let me conclude by saying that if you want to come up to speed on the issues in this field so that you can participate more fully in the national debate on health, I refer you to my short book on Obamacare that I released in early 2014.

Lloyd Lim is the author of Beyond Obamacare: Solving the Healthcare Cost Problem (Tate Publishing 2014).  He spent 12 years in health insurance regulation and has a total of 21 years experience in insurance.  He also holds the CPCU designation. Lloyd formerly worked for the State of Hawaii as an insurance regulator, but his views as expressed here do not necessarily reflect the views of his former employer. He has a B.A. from Columbia University, a J.D. from UCLA, and an M.B.A. from the University of Hawaii at Manoa.

“Social engineering has failed, but I think that we can continue to improve incrementally through the free exchange of ideas and a relatively free market system.  As we do this, however, we must remain realistic.  We may not have to accept the world as it is, but we must take it as we find it.  You can’t get to utopia by living in a dream world.”  From page 164 of “No More Stupidtry: Insights for the Modern World,” by Lloyd Lim (Tate Publishing 2016).