How Business Tax Reform Can Stimulate US Economic Growth 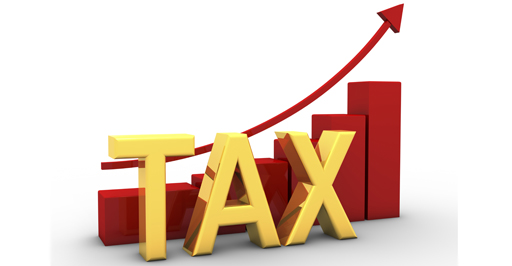 One thing that is a near certainty is that there will now, at long last, be tax reform.

And tax reform is LONG overdue. The last major tax reform was 1986, 30 years ago (the Bush tax cuts don’t count—see below). How much has the world changed in the last 30 years? Yet we’re still using the same tax code.

More importantly, the US economy has been underperforming for at least a decade, and this is the biggest reason for the discontent that led to such a dramatic election result. Many of us have been clamoring for tax reform as a means of stimulating increased economic growth, and of course President-elect Donald Trump made growth-oriented tax reform a major part of his campaign.

And tax reform CAN stimulate long-term economic growth, but we have to understand the mechanism so that we do it right.

For instance, the purpose of tax reform is NOT to “put more money in people’s pockets” so they can spend it. There’s already plenty of money sitting around. Companies are sitting on billions of dollars in cash and cash equivalents. The Federal Reserve has added even more unproductive cash, and there are trillions more overseas that will soon be repatriated to the US through either fundamental tax reform or specific repatriation legislation. If available cash were the solution, the economy would be going like gangbusters.

No, cash isn’t enough. It has to be invested productively in order to grow the economy by building new buildings, buying new equipment, investing in R&D, and other types of business expansion. When businesses expand, they hire new workers and create new wealth. And that’s what we want.

The question is, why is this cash not being invested productively? And the answer is, because the high rate of taxation on capital affects the risk and reward ratio, making investments less attractive.

While the Bush tax cuts were welcome, they were too heavily weighted toward “putting more money in people’s pockets” so they could spend. Insufficiently targeted toward business investment, the Bush tax cuts did not stimulate as much economic growth as some expected.

In this environment, cutting taxes on individuals is not nearly as important as cutting business taxes. Families are not struggling under the weight of high taxes—they are struggling under the weight of Obamacare’s high premiums. Repealing and replacing Obamacare will give families the relief they need, and cutting the corporate tax rate will give businesses the relief they need to grow the economy and create jobs.