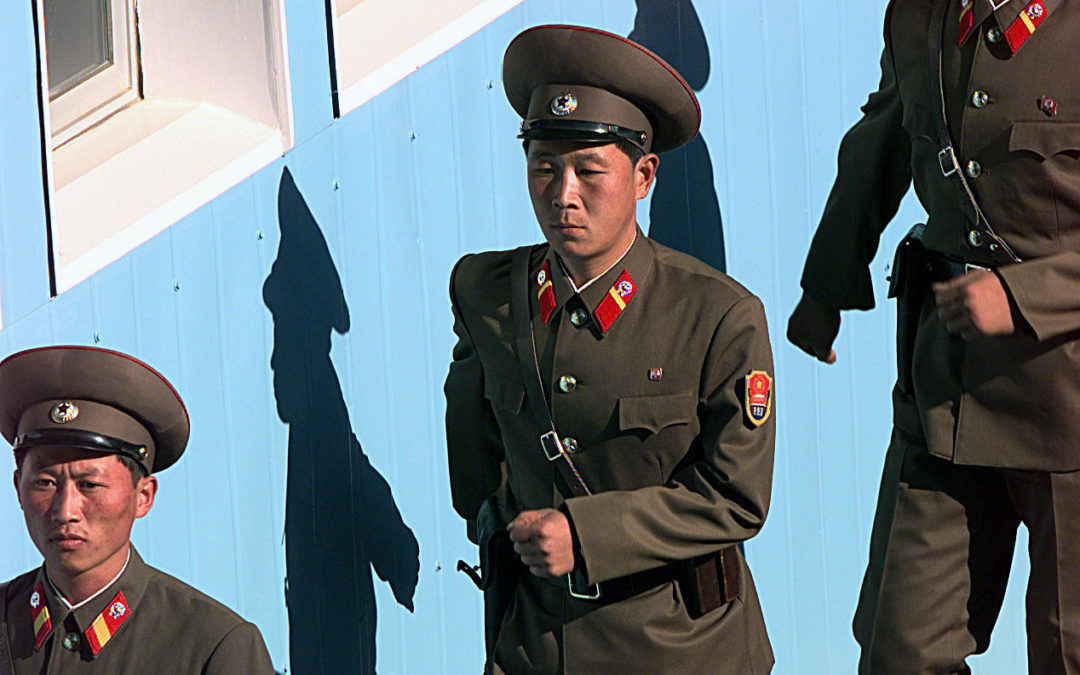 Many governments persecute people of religious faith. However, one nation stands out: North Korea.

Getting accurate information on the Democratic People’s Republic of Korea is difficult, since today’s communist state lives up to ancient Korea’s nickname of the “Hermit Kingdom.” Before World War II missionaries were active throughout the peninsula, then a Japanese colony, and more than a fifth of the population was believed to be Christian in 1948. Between 300,000 and 500,000 Christians are thought to remain in North Korea today. Refugees from the North report religious involvement ranging from 1.2 percent participating in to 5.1 percent witnessing secret religious activities.

The DPRK ostentatiously treats anyone of faith, but especially Christians, as hostile. Believers place loyalty to God before that of the North Korean state. Churches allow people to act and organize outside of state entities. Christianity also has ties to a world seen as almost uniformly threatening by Pyongyang.

Open Doors recently rated the DPRK number one for the 14th year in a row on the group’s “World Watch List.” Explained Open Doors: “Christianity is not only seen as ‘opium of the people’ as is normal for all communist states; it is also seen as deeply Western and despicable. Christians try to hide their faith as far as possible to avoid arrest and being sent to a labor camp. Thus, being Christian has to be a well-protected secret, even within families, and most parents refrain from introducing their children to the Christian faith in order to make sure that nothing slips their tongue when they are asked.”

In 2014 the group Aid to the Church in Need published a persecution report which figured that some 50,000 Christians may currently be in the DPRK’s penal camps. The organization warned that the Kim Jong-un regime appeared to be tightening controls over potential dissent, including a vigorous crackdown on Christians. Aid reported that “Since 1953, at least 200,000 Christians have gone missing. If caught by the regime, unauthorized Christians face arrest torture or in some cases public execution.”

Even the United Nations, which has a decidedly mixed record on human rights, confronted the DPRK two years ago. A special Commission of Inquiry pointed to the “almost complete denial of the right to freedom of thought, conscience and religion.” Believers “are prohibited from practicing their religion” and punished severely if disobedient. The ruling regime “considers the spread of Christianity a particularly severe threat.”

A new report from Christian Solidarity Worldwide offers a detailed look at religious persecution in the North. Entitled “Total Denial: Violations of Freedom of Religion or Belief in North Korea,” the study paints a tragic picture. Persecution has been official state policy since the DPRK’s creation and believers “suffer significantly because of the anti-revolutionary and imperialist labels attached to them by the country’s leadership.”

All people of faith are categorized as “hostile” (the other two broad classes or songbun groups are “core” and “wavering”). It is notably better to be Shaman than Christian, and slightly worse to be Catholic than Protestant. CSW identifies six different periods of North Korean policy toward religion.

North Korea may be the worst place on earth for a religious person, virulently hostile to believers.

Faith was restricted during in the Soviet occupation zone from 1945-1948 and more actively suppressed by the new North Korean state through 1953. Religious liberty was “obliterated” from 1954 to 1971. Then policy shifted to use religious organizations for advantage from 1972 to 1987. From 1988-1997 the regime operated religious facilities. Since then there has been “intense persecution of increasing unofficial religious activities.”

In a system in which the political leader is essentially deified, all faiths suffer. Indeed, the constitution actually describes religion as “foreign intervention.”

However, both Shamanism and Buddhism are seen as part of Korean culture and believed to pose less of a challenge to the communist system. As a result, there are numerous Buddhist and Cheondoist temples. However, those who practice Buddhism, noted CSW, still risk “imprisonment, forced labor, poor living and sanitary conditions, abuse, violence and torture.” The regime is less repressive toward Shamanism since “the belief is deeply rooted in culture and society.” In fact, party officials reportedly have seen fortune-tellers, apparently something seen as having fewer anti-state overtones.

Christianity suffers most grievously. A former North Korean security agent told CSW that Christianity “is so persecuted because basically, it is related to the United States” and is believed to provide an opportunity for espionage. In addition, Christian theology holds political rules subject to God’s judgment.

Most Christians worship secretly. If discovered, they are “taken to political camps (kwanliso); crimes against them in these camps include extra-judicial killing, extermination, enslavement/forced labor, forcible transfer of population, arbitrary imprisonment, torture, persecution, enforced disappearance, rape and sexual violence and other inhuman acts.” CSW reports documented cases of believers being “hung on a cross over a fire, crushed under a steamroller, herded off bridges, and trampled underfoot.”

The North has only five official Christian churches, all located in Pyongyang: three Protestant, one Catholic, and one Russian Orthodox (opened after Kim Jong-il visited Moscow and apparently was taken with the architecture). Any “religious freedom is extremely limited and may be aimed primarily at visitors and foreigners,” warns CSW. In fact, I visited one during my trip to North Korea a quarter century ago. The [South] Korean Christian Federation claims the existence of 500 house churches, though by their nature they are extremely difficult to count.

In fact, a delegation of South Korean Catholics visited the North last December at the invitation of the [North] Korean Catholic Association. Previous trips, noted a spokesman for the Catholic Bishops’ Conference of [South] Korea, were held in conjunction with aid programs. The DPRK long has sought outside support to cover the cost of its own failed policies.

Still, according to CSW, there is good news: “Since the 2000s unofficial Christian religious activities have been increasing, partly because of the influence of defectors who entered China and were then returned to North Korea, bringing the Christian faith they had been exposed to in China.” It is ironic that Communist China, which continues to persecute religious believers, but not nearly to the degree of the DPRK, has become a source of evangelism for the North.

North Korea may be the worst place on earth for a religious person, virulently hostile to believers. The regime’s attempt to appear accommodating to international groups and organizations notwithstanding, believers face the worst punishments imaginable when acting on their deepest convictions.

Although the problem of persecution is obvious, not so the solution. CSW urges the DPRK government to reform—surely the only proper course, but one that seems extremely unlikely. The group also recommends referral of the North to the International Criminal Court, which, however, cannot reach into Pyongyang against its will. If Western pressure backed by economic sanctions and military threats have not stopped the North from developing nuclear weapons, they aren’t likely to force political changes that would undermine the regime’s control.

Over the long-term, however, the growth of Christianity itself may prove to be the ultimate remedy, just as the People’s Republic of China abandoned Maoist madness and now is struggling to accommodate the presence of more Christians than Communist Party members. The West should consider strategies to reduce the perceived threat of forcible regime change, encourage increased international engagement, and improve access to information in hope of fostering internal forces for change.

Religious persecution has ancient roots but remains a scourge in our time. Nowhere is the attack on people of faith more virulent than in the DPRK. People of good will around the world should hope, pray, and act on behalf of liberty for the North Korean people.