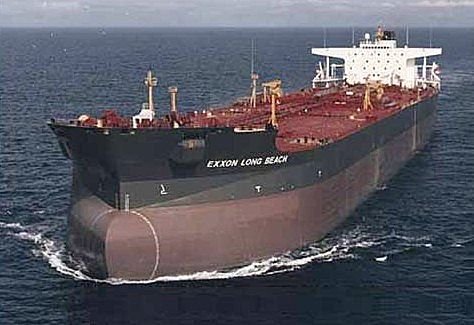 Bloomberg reported on Thursday, November 3, 2016, in an article, “What happens when the most important pipeline in the U.S. explodes,” that the accident in Northern Alabama, which shut down the Colonial Pipeline on Halloween (Monday, October 31st), resulted in the doubling of Jones Act tanker rates from the U.S. Gulf to the U.S. East Coast.

The Colonial Pipeline normally carries half of the gasoline, diesel and jet fuel used in the North East from the oil refineries on the U.S. Gulf Coast; it terminates on New York Harbor in New Jersey.

The Colonial Pipeline’s line 2 carrying diesel and jet fuel was back up by Tuesday morning, and line 1 carrying motor gasoline was projected to be back up on Saturday.

The constraints of the Jones Act have again negatively impacted the economy generally and consumers in particular. The Jones Act fleet is too small to provide a robust backup in the event of a major pipeline failure and price competition during regular conditions.

On Monday, a construction crew in Alabama triggered a massive explosion when a track-hoe struck the biggest fuel pipeline in the U.S. The blast killed one person, injured several, and sparked a wildfire that burned for nearly a day across 31 acres.

It also stopped the flow of millions of gallons of gasoline that move up the East Coast each day, from refineries in Houston to tanks in Linden, N.J., outside New York Harbor. The 5,500-mile Colonial Pipeline delivers about half of the refined products used on the East Coast. It consists of two lines—one that carries gasoline, the other that carries distillate fuels such as diesel and jet fuel. Think of it as the country’s fuel aorta.

But this is its second outage in two months. In September, a spill leaked 250,000 gallons of gasoline and caused states of emergency to be declared in Georgia and Alabama as gasoline ran out in some areas. The Colonial was down for 12 days.

By Tuesday morning, Colonial’s Line 2, the distillate pipe, was up and running. By Tuesday afternoon, news broke that its main line, Line 1, would be back up by Saturday afternoon, an optimistic timetable, according to some traders, given the level of destruction at the site. Still, the news helped cool the initial spike in the price of gasoline futures, which had jumped the most since 2008, fueled by a record level of trading that day.

Traders in Houston working for big refineries have had to find a place to put all the excess barrels of gasoline and diesel they normally would send into the Colonial. That has set off a bidding war for the limited number of tankers and barges available to move products between U.S. ports. An obscure maritime law called the Jones Act requires that only U.S.-made, U.S.-flagged ships can deliver goods between ports. According to Bloomberg vessel-tracking data, about 27 Jones Act vessels were in service around the U.S. Gulf and the East Coast as of Thursday morning.

Ship owners have been able roughly to double the price they charge to lease their tankers and barges, said Court Smith, a research analyst at MJLF & Associates, a shipping brokerage in Connecticut.

Given the assurances from Colonial and what has so far been a more muted market response, some participants think the outage will be less severe than the one in September, when gas stations in Alabama and Georgia ran out of fuel. “We’re not going to see pumps getting bagged,” said Ernie Barsamian, a principal at the Tank Tiger, a tank-storage broker in New Jersey.