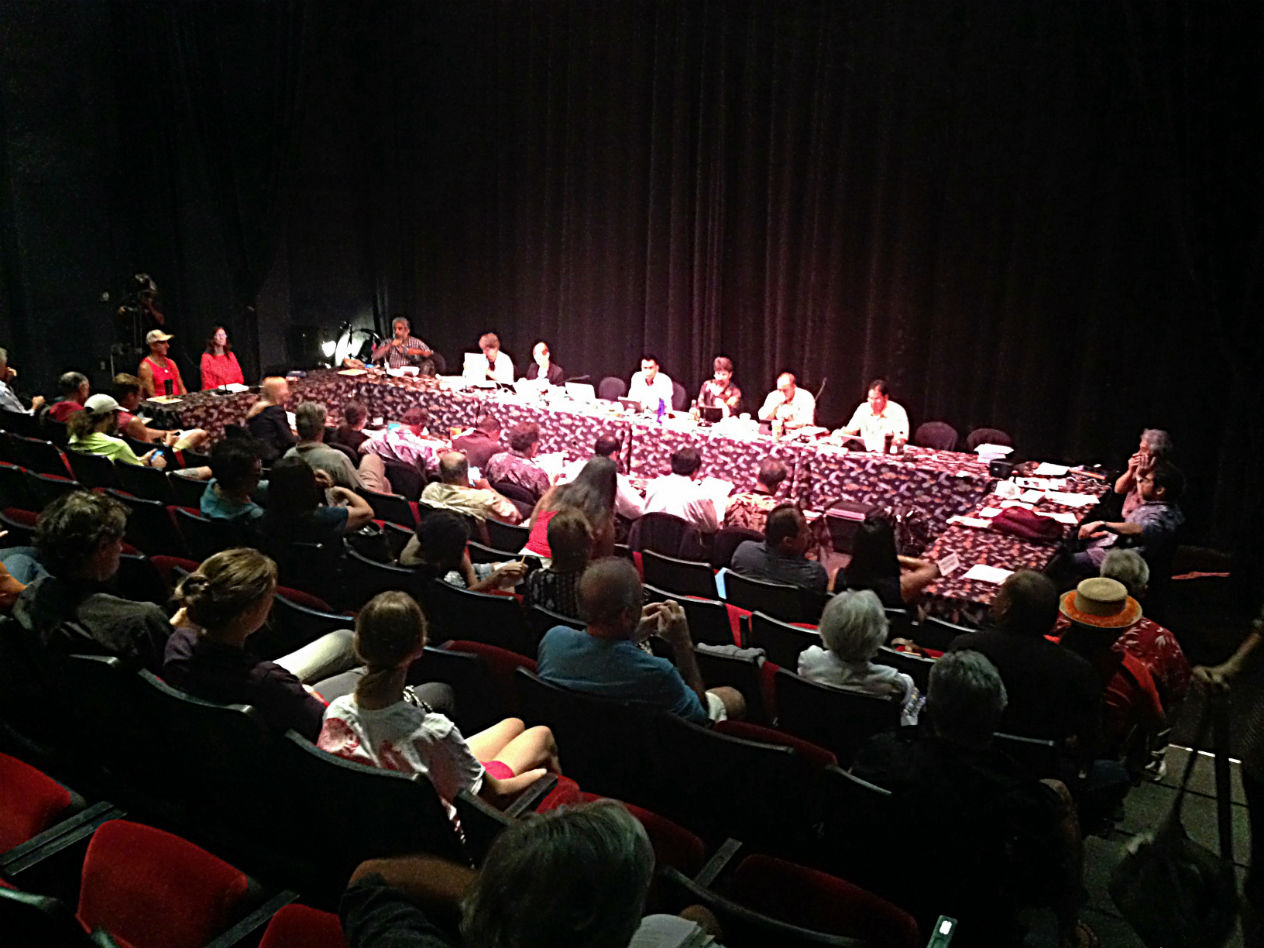 The State Land Use Commission has not approved housing in the past three years, according to data obtained by the Grassroot Institute of Hawaii.

This may have choked the creation of additional housing across the state, and has led to higher prices for the housing that does exist.

The data obtained from the commission shows that the last project to be approved was in 2013. However since the end of 2013 to date, no new projects have been approved.

Many projects since then have either been terminated, denied, or are still awaiting approval. Some projects have been weighed down by so many obstacles at the LUC that the petitioners terminated their own projects.

Since the end of 2013, a large turnover in Land Use Commissioners shifted the commission strongly in favor of a no-growth position, as evidenced by the absence in project approvals. Other issues such as bureaucratic hurdles and legal battles have slowed down the process.

Land Use Commission Staff Planner Scott Derrickson helped answer a question posed by the Grassroot Institute, “Is it true that no new housing has been approved by the LUC in the last three years?”

This information is posted on the Land Use Commission’s website for anyone to check out for research or general interest at <http://luc.hawaii.gov>.

I’m going to answer your direct question first and then put it in context by providing information on LUC dockets since 2010.  So the answer is that assertion is not true.  Here’s why.

The LUC has approved five dockets between 2013 and the present.  Of those, two were for industrial parks, one for a public high school; and two that had housing as a component.

However, the two housing projects mentioned by the LUC above were approved in April and November of 2013, which is more than three years ago. This still means that no new projects have been approved since December 2013.

Both projects were in Maui and were approved in 2013.  Total housing units proposed for these two projects total 918 units and by my calculations the number of affordable units would be approximately 323 units.

In context up to the current date (December 2016), the LUC has handled or received 17 petitions for boundary reclassification:

2 have been formally withdrawn by the petitioners;

1 has not been moved forward by the petitioner since 2015 (still a draft EIS);

1 petitioner is actively nearing completion of their Final EIS but has not yet submitted it;

2 petitions were for industrial park development.

Right now the LUC has one pending petition for an affordable housing project on Kaua`i and another project still in the EIS process on Maui.

Making a decision on projects at the State LUC is required to occur within 365 days of a petition being deemed complete; the exception is for certified 201H (at least 50+% affordable units) that must be done within 45 days.  So, at the State-level a project is either approved or denied (rarely occurs) within one year.  Each county has there own process for a project to navigate and their review and approval time frames vary.

Approval of projects does not guarantee that they will be built.  Many housing projects have been approved during the 1980’s. 90’s. and 2000’s.  Some have been built while others have not.  Perhaps you should also inquire with the individual counties to determine how many of the approved housing units going back to the 1980’s have actually been built.  That’s information that would greatly contribute to any discussion aimed at addressing the current and future housing situation.

Grassroot Institute then asked the LUC, “What is the reason that so few housing projects have been approved by the commission since 2013? Is it because of technical issues?”

Of five dockets that were filed with the LUC since 2013, only two had housing components.  The LUC approved both of those.

Again, the LUC means since the beginning of 2013, which is more than three years ago.

If the question you are asking is why so few housing projects, I don’t know the answer to that.  We are awaiting several projects’ EIS completion which is a pre-requirement before a petition before us can be deemed complete for processing.  My sense is that it has more to do with financing, pre-development planning cycles, and timing.  Regulatory impediments seem to always be cited as a reason, however as I’ve indicated before, the LUC is mandated to approve or deny any project before us within 365 days (even quicker if it’s a certified affordable housing development –  45 days).

The LUC also included a summary of projects filed to the LUC since 2010, posted below:

Projects filed with the Land Use Commission since 2010