Competition matters…in sports and in government 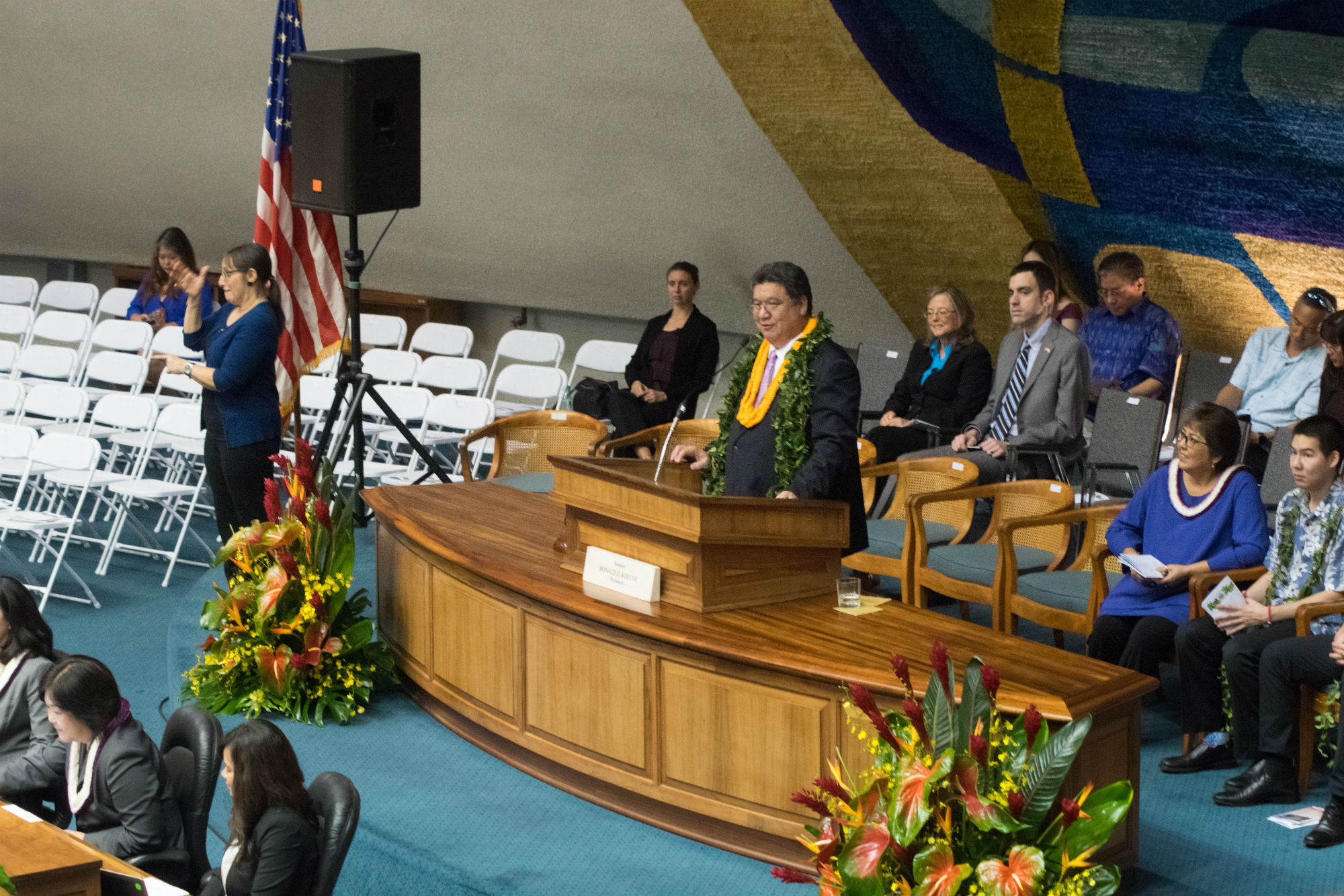 Imagine a football game in which there is only one team playing. Instead of seeing dazzling plays, the entire game is spent watching that one team sprint down the field and score over and over again. The winning team might glory in the score, but for the crowd, there’s an eerie feeling that something is missing.

As the Senate President began his opening speech, he said, “There is no Senate minority…and we are getting used to dealing with that.” Obviously, Senator Kouchi was aware that the last Republican in the state Senate lost his election. Now, Hawaii has the dubious distinction of having the only state Senate with no opposition party whatsoever.

As the Senate president continued, he spoke about his support for the Honolulu rail project, adding that we are sure to have enough money to run the state because of the good planning the Senate has done in years past. He promised that although money is going to be tight this year, we will still, “take care of everyone in Hawaii.”

It was a speech that begged for criticism and another viewpoint–on rail, on fiscal responsibility, on spending, and more–but there was none to be had. I was struck by the sheer silence of it. There was no minority response to Senator Kouchi’s speech because there is no minority.

From the Senate floor, I was ushered to the House chamber with other VIP guests. There, I observed the Speaker of the House rise to address the audience.

And what was the most memorable part of his remarks? The introductions of Rep. Kouchi’s campaign manager and of the highest paid lobbyist for the Democratic Party (also the largest campaign donor to Democratic candidates). This lobbyist and campaign manager were introduced with all the pomp befitting a public official.

It should go without saying that no Republican lobbyists or campaign officials were introduced from the House floor.

Like Sen. Kouchi, Speaker Souki also gave a speech that was startling in its nonchalant assumption of total political power. For the opening of the legislative session, the Speaker delivered an easygoing speech presuming his party’s control of Hawaii. It even included this statement, which is both telling and unlikely to make it into any compendium of great political oratory: “When change comes to this place, we begrudgingly accept it.”

I cannot tell you how strange it was to witness firsthand. It was as though no one present seemed to understand that the lack of a minority voice makes their victories seem empty and artificial.

You might assume that I’m merely griping about the leftward tilt of the Hawaii legislature, but the problem is far deeper than that. This isn’t about who is ahead or behind with the voters. It’s that the lack of opposition is a serious problem for all of Hawaii–even the Democrats, who think a weak Republican Party works to their benefit.

I can’t help but think back to the words of Lord Acton, who famously noted that, “All power tends to corrupt. Absolute power corrupts absolutely.” Knowing that, why aren’t we more worried about handing so much power to one political party in our state? Why haven’t more citizens made the connection between Acton’s dictum and the corruption they take for granted as a fact of state government?

Believe me – if it were the Republicans in sole control of the Hawaii legislature, I would have the same concerns.

At Grassroot, we speak a lot about the marketplace of ideas and how competitive federalism is necessary to sort out good policy from bad. But the sad fact is that we have no marketplace or competition in our state when it comes to public policy. Instead, it’s a monopoly. And Hawaii’s citizens are the ones who lose out by not having options, opposition, or a critical debate over what is best for our state.