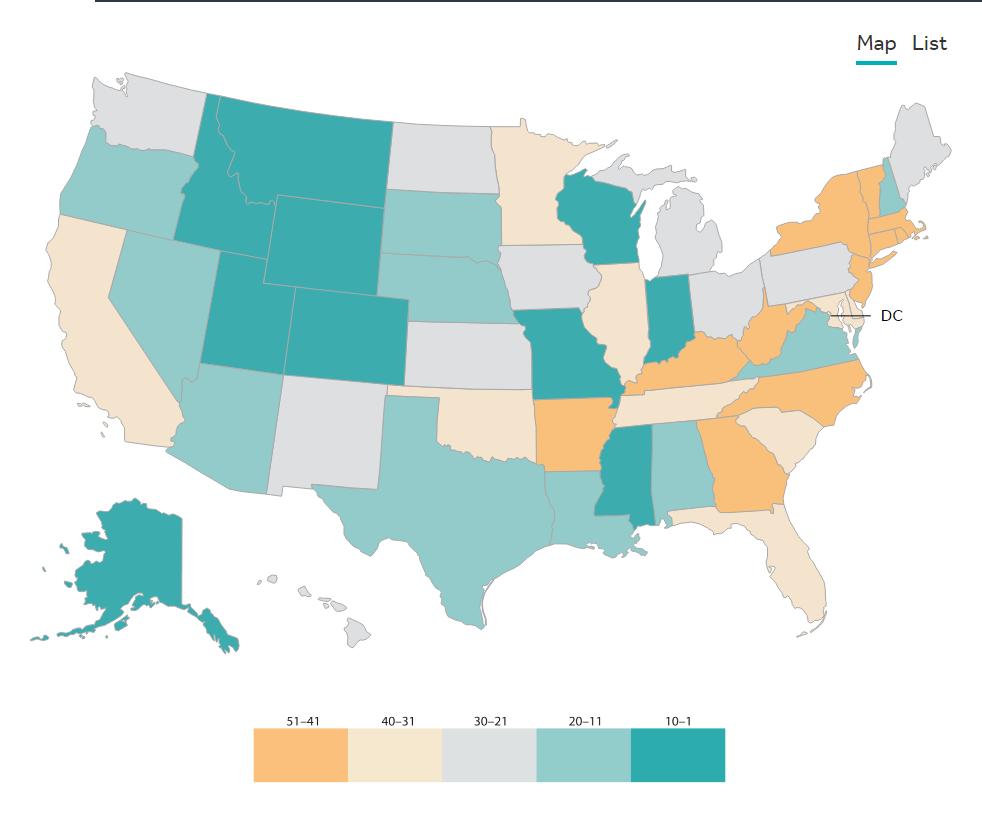 When it comes to discussing healthcare, there’s a surprising amount of agreement for such a partisan issue. For example, it’s not difficult to get two people on opposite sides of the aisle to agree with the sentence, “There is a serious healthcare crisis in this country.” The problem is that they’re probably defining that crisis very differently. Are we talking about access? Availability of insurance? Restrictions on doctors and other healthcare professionals? Limitations created by state or federal regulations? Prescription drugs?

With every question, the common ground gets smaller and smaller. That’s when I find it useful to look at the work of experts who have spent years looking at the issue–not in pursuit of a particular agenda, but in the effort to determine what’s really happening.

A great example is the Mercatus Center’s Healthcare Openness and Access Project. Designed to measure how open and accessible each state’s health care system is to the preferences of both patients and providers, it gives us a useful glimpse into where Hawaii is strong…and where our healthcare policy could use some improvement.

With an overall rating of 29, Hawaii ranks in the middle of the index when compared to other states. However, when you look at the different category scores, you notice that rating isn’t the result of a solid (if middling) set of ratings. Rather, it’s the average of some great scores…and some very, very poor ones.

Hawaii leads the nation in the “Corporate Subindex,” coming in first overall. The high score reflects how much flexibility local healthcare professionals have (compared to other states) when it comes to business structure, employment, and ownership. Hawaii also came in 9th overall in the “Taxation Subindex,” reflecting the state’s lower tax burden on medical devices and Health Savings Accounts.

In some categories, a promising score is pulled down by a very low rating in one area. For example, the lack of provisions allowing online prescriptions and inability to reimburse Medicaid providers for remote monitoring drag down the “Telemedicine Subindex.” This is startling in a state whose geography would seemingly demand a cutting edge approach to telemedicine.

However, the lowest ratings come in areas where many citizens have been demanding change for years. Hawaii got the worst possible scores regarding restrictions on certificates of need and compounding pharmacies, leading to a ranking of 37 in the “Provider Regulations Subindex.” The score for regulations governing medical professionals was similar (36th overall). Finally, Hawaii ranked worst in the categories measuring flexibility for insurers (41st overall) and support for Direct Primary Care Practices (46th overall).

Taken as a whole, the picture is not as grim as in some other states. Hawaii has a long tradition of respect for the medical profession and we were debating affordable healthcare coverage long before it was a national issue. But we are also struggling to adapt to changing times and an evolving marketplace. Congress might be battling over the Affordable Care Act, but this study demonstrates that healthcare access is heavily influenced by state laws and regulations. Hopefully, these ratings will help show our policy makers where we should be steering the next generation of healthcare reforms.