Hawaii pension debt rises to $12 billion, but the real debt is more like $35 billion 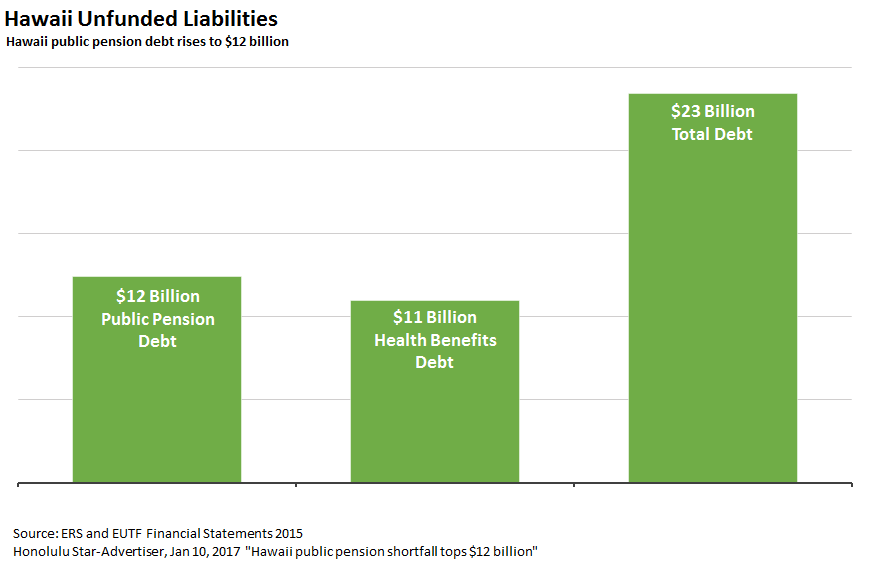 State lawmakers were in shock this week as Hawaii’s pension debt increased from $8 billion to $12 billion.

Colbert Matsumo, Hawaii public pension system board member, said, “This is going to be a big pill to swallow.”

With the push of a button, the new calculations have increased the state pension debt by billions of dollars.

However, Bob Williams, President of State Budget Solutions, said, “I wish the Hawaii unfunded pension liability was only $12 billion. In our October 2016 report, we have it at $35.1 billion.”

According to the State Budget Solutions report, Hawaii’s unfunded liability is actually much higher, when calculated in an even more realistic manner.

By lowering the expected market rate of return from 7% to 2.3%, Hawaii’s unfunded liabilities soar to $35 billion.

The lower rate is known as a “risk-free” rate, and is recommended by the Society of Actuaries’ Blue Ribbon Panel.

The consequence for taxpayers could be enormous.

Assuming the $12 billion unfunded liability, Hawaii taxpayers will have to pay an extra $385 million every year.

But under the more realistic State Budget Solution numbers, Hawaii taxpayers would presumably need to pay an extra $1 billion every year.

In total, this translates to $24,544 of tax money that will be taken from every man, woman and child in the state. 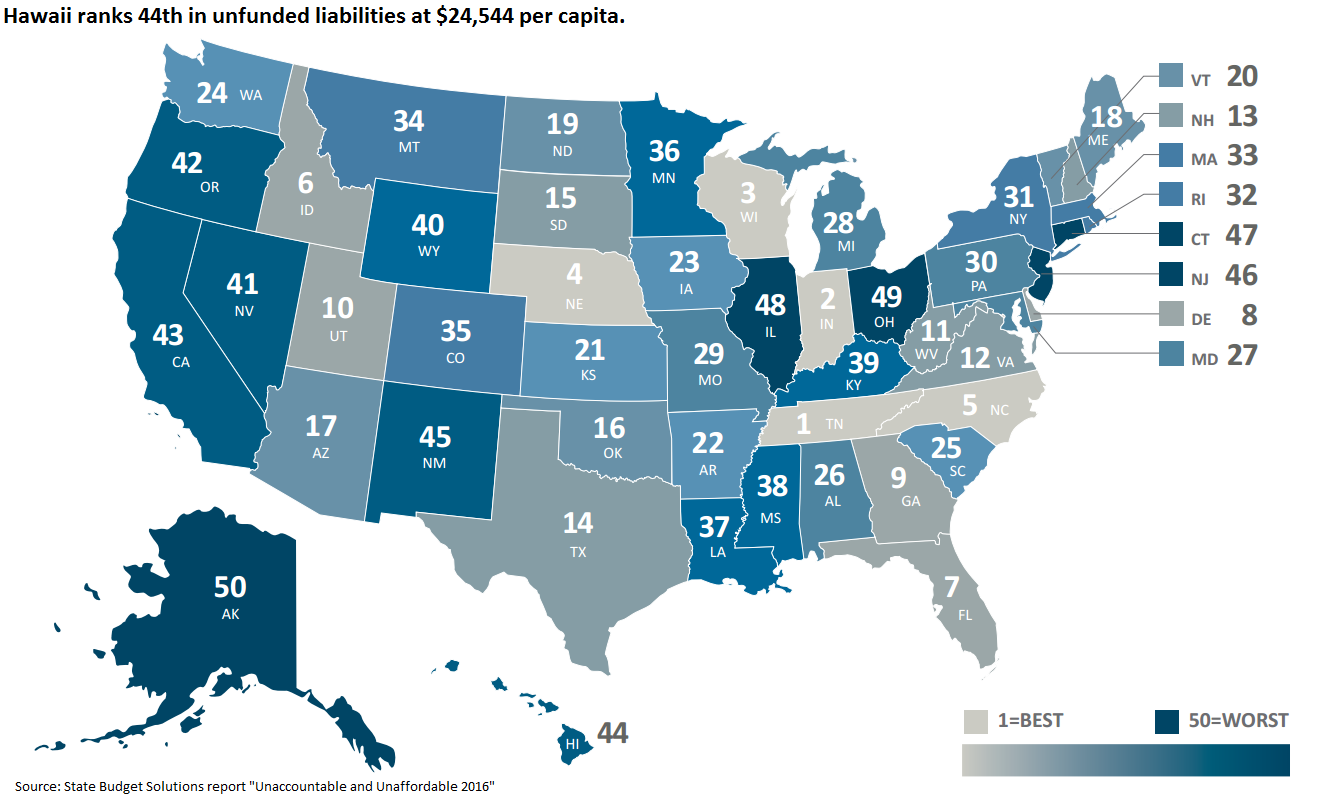 The extra payments into the pension fund will come from funds that normally go towards critical government services such as education, affordable housing, maintenance and emergency services.

Already legislators have been complaining that they do not have the funds to pay for other departments because the money is being diverted towards paying off the debt.

Sooner or later, Hawaii will have to pay the debt. Governor Ige took a solid step towards fiscal responsibility this summer when he used the $1 billion surplus to pay off some of the unfunded liabilities for health benefits.

But the new calculations mean that bigger payments will need to be made every year, and Hawaii’s government simply doesn’t have the money to pay its bills.

Island taxpayers must watch lawmakers closely this session to ensure that government spending and salary increases are kept in check without raising taxes.

In addition, citizens should watch for reforms proposed by the Employee Retirement System which attempt to solve the public pension problem in a way that allows government workers to pay more for their own retirement plans, without relying so much on taxpayers to be a piggy bank.

When government workers contribute more to their pension fund, it that means taxpayers can spend more money saving for their own retirement. At the end of the day, all of Hawaii’s citizens need to work together to fix the problem without pushing the burden onto future generations.