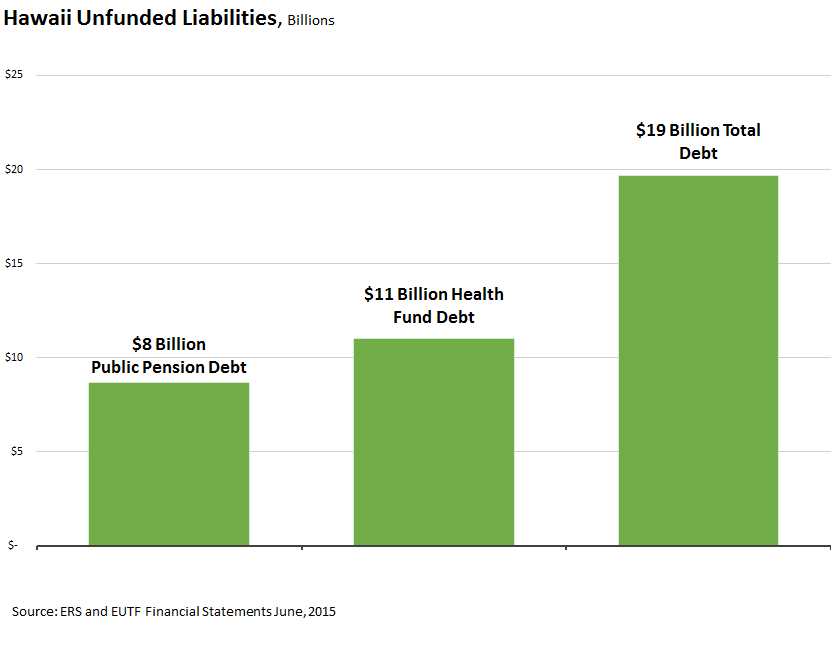 Hawaii’s government owes $8 billion to the public pension system for state workers’ retirement plans. If the state doesn’t pay that money to the Employee Retirement System (ERS), taxpayers may be in serious trouble.

That’s not even including the money owed for other post employment benefits. That debt is over $11 billion.

However, the pension problem might get even worse soon because of lower stock market returns.

When stock market returns go down, the $8 billion dollar unfunded liability goes up, and that means the problem gets even worse.

This year, the retirement system predicts lower stock market returns than usual. Instead of hoping for investment returns of 8 percent, the ERS is hoping for returns of only 7 percent.

This may not seem like a big change, but when dealing with billions of dollars, it’s enormous.

But the problem gets even worse as the public pension fund reported a negative 1 percent return last June.

At a recent budget hearing at the legislature, Representative Sylvia Luke said, “That is really, really pathetic.”

Luke noted that a negative return actually adds to the unfunded liability, and makes the $8 billion debt grow even higher.

In addition, longer life-spans can also add to pension cost calculations, and this could add even more to the debt.

As you can see below, Hawaii citizens live longer on average than any other state in the nation.

Longer life spans mean more money owed to government retirees. As ERS Director Thom Williams told the Star-Advertiser recently, “Our membership is living longer on average than many of our mainland peers . . . Our membership will live two to three years longer, which means we’ll have to pay our members benefits for that additional period of time.”

Finally, Hawaii’s government has less money than expected this year, because tax revenues have been $300 million less than expected.

When money is tight, debt problems eat into public services. Hawaii’s pension problems could take away from money for government services like housing, homelessness, education and building repair.

Taxpayers and government leaders must watch the budget closely, to ensure that wasteful spending is kept in check. This will ensure that state retirees will be financially secure without relying on taxpayers and young people who are already struggling to save for their own retirement.