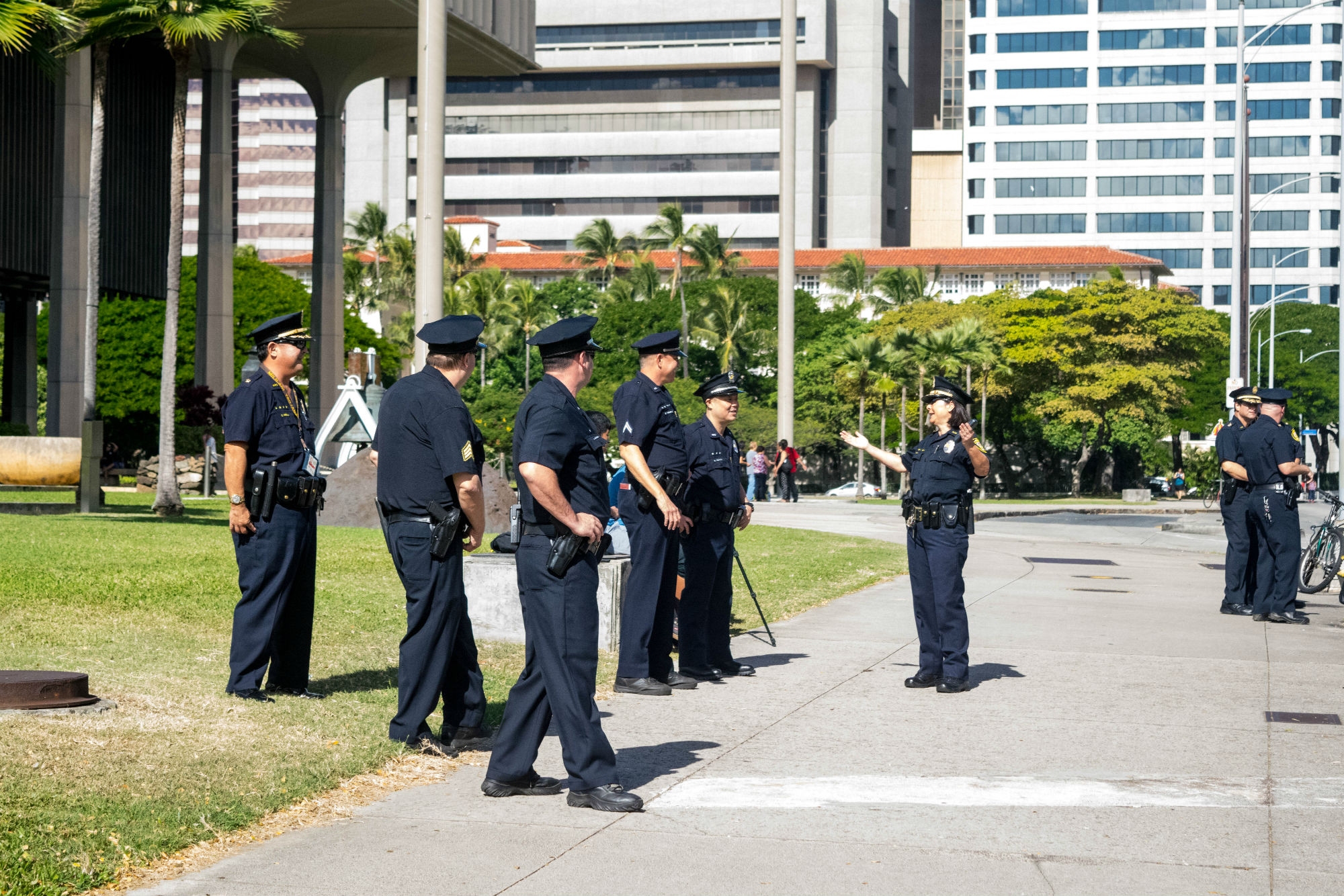 When pension and other post-employment benefits are included, total contributions balloon to $86,712 for county workers and $68,216 for state workers.

The average of private sector worker wages and benefits in Hawaii is $55,432 annually.

When wage and benefit numbers are adjusted for Hawaii’s high cost of living, county pay drops to sixth highest in the nation, which is still well above the national average (see graph below).

Private sector wages, however, dip to the lowest in the nation when adjusted for Hawaii’s cost of living.

Keli’i Akina, President and CEO of the Grassroot Institute of Hawaii, said, “When adjusted for cost of living, Hawaii’s average private sector workers make the lowest wages in the entire nation. But they are the individuals supporting the wages and benefits of Hawaii’s public employees, who are making among the highest wages in the nation.”

He continued, “As all 14 public employee unions ask for higher pay and bonuses this year, lawmakers must find a solution that is affordable for everyone. Our representatives must ask themselves if increasingly generous public sector benefits are worth increased taxes, when many of Hawaii’s citizens are already struggling with low wages and high costs of living.”

When adjusted for Hawaii’s high cost of living, county worker pay drops to sixth highest in the nation, which is still higher than the national average:

When benefits are included, government salaries and benefits dwarf that of the private sector in Hawaii: 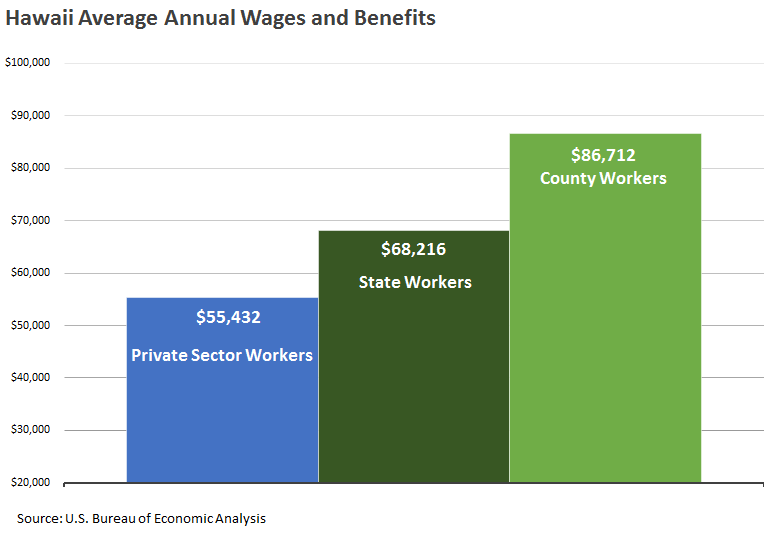