How to give teachers a pay raise … without raising taxes 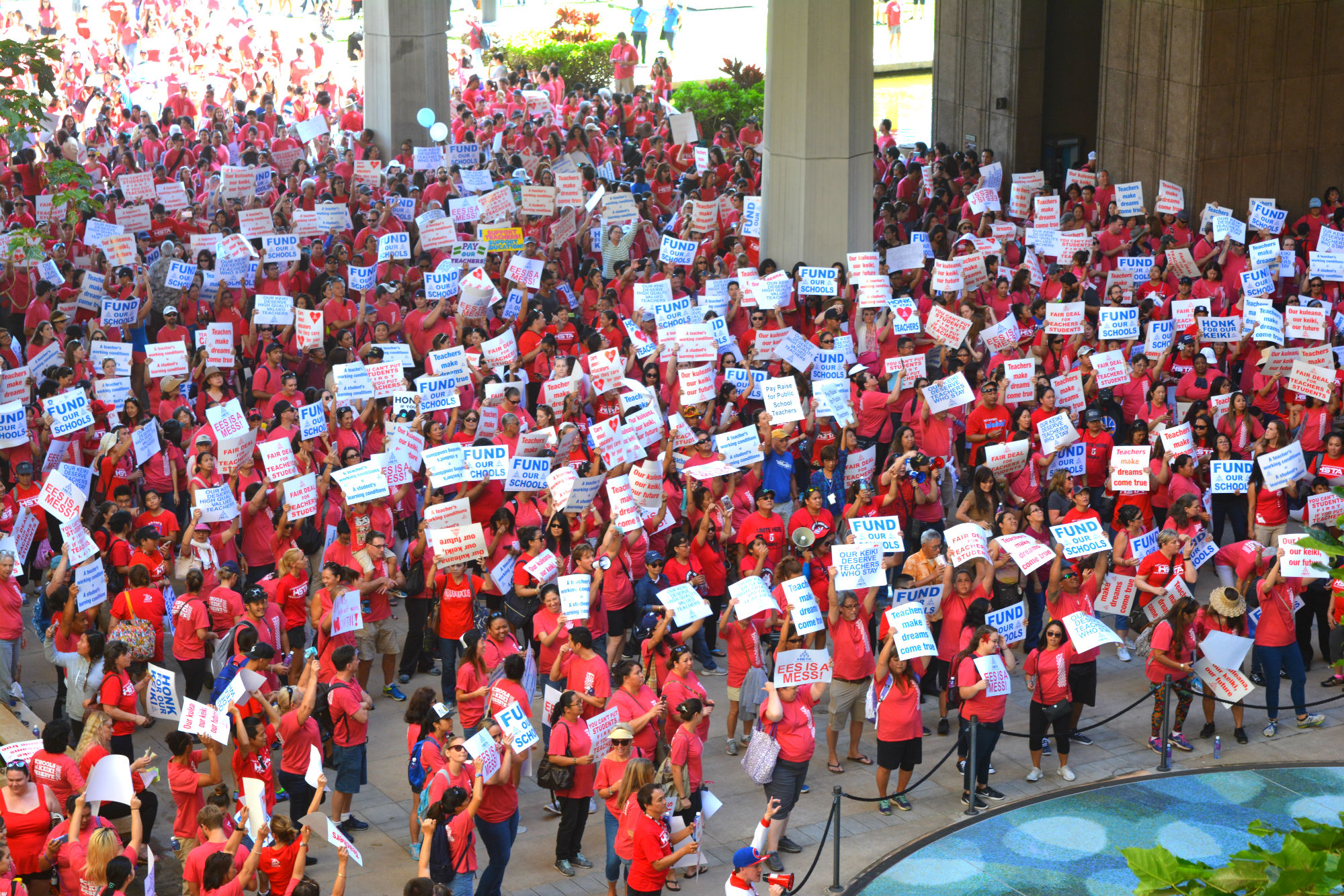 When I was a new teacher in Hawaii, I made over $45,000 per year. But each year, thousands of dollars of my hard-earned paycheck were taken away from me, never to be seen again.

Every year, about $2,700 was taken from me and put aside for my eventual retirement. But since I didn’t stay with the department long enough to be vested in the pension plan, leaving for a private-sector job instead — all that “retirement” money just vanished — at least for me.

In addition, the state of Hawaii also contributed money into the retirement fund on my behalf, worth over $6,750 annually.

If that money had been given to me directly as my take-home pay each year, it would’ve boosted my starting teaching salary to over $54,000 a year.

In Hawaii’s current legislative session, the public teachers union is asking for raises for its 13,000+ members, and — no surprise — union leaders want a tax increase to pay for it.

But there’s a better way to give all teachers a pay raise, and incentivize new teachers: Let them keep more of their paychecks.

New teachers probably would appreciate the $9,000 salary increase, and smart teachers could shop for retirement plans that best suit them — not just the state-sponsored one that currently is forced on them.

They could still join the public plan if they elected to, or they could opt for a portable, private plan. These private retirement plans allow individuals to take their retirement savings with them even if they leave the job, meaning everything they contributed to them remains in their names no matter where they work in the future, and they can add to their totals for years to come.

If teachers had more control over their paychecks, they could choose how much they wanted to contribute to their plans. This would give new school teachers more choices over their futures, and provide more options for them to deal with Hawaii’s high cost of living.

As an additional bonus, this would also help resolve Hawaii’s massive unfunded-liabilities problem, by allowing more young people to opt out of the system. Young people already are wary of the state’s public pension and health-benefits systems for retirees; contributing money to a plan that has $23 billion in unfunded liabilities doesn’t seem very sound.

State employees who have already been contributing to the existing government plans would not be affected by such reforms — except by ensuring that the pension system actually has enough funds to fund their retirement plans. But the switch would give Hawaii teachers a starting salary higher than those in the state of California, or in New York and Washington, D.C., all of which have costs of living similar to Hawaii.

This switch has helped a dozen states, such as Michigan and Oklahoma, roll back their pension debts, ultimately allowing taxpayers in those jurisdictions to keep more money in their pockets.

Giving teachers more take-home pay in this way could help them deal with Hawaii’s high cost of living, while also giving them more power and choice over their retirement plans — all without raising taxes by even a single penny.

Ultimately, this could inspire more good teachers to remain in the islands and go a long way toward helping Hawaii’s keiki.