Local business owners speak out about the minimum wage 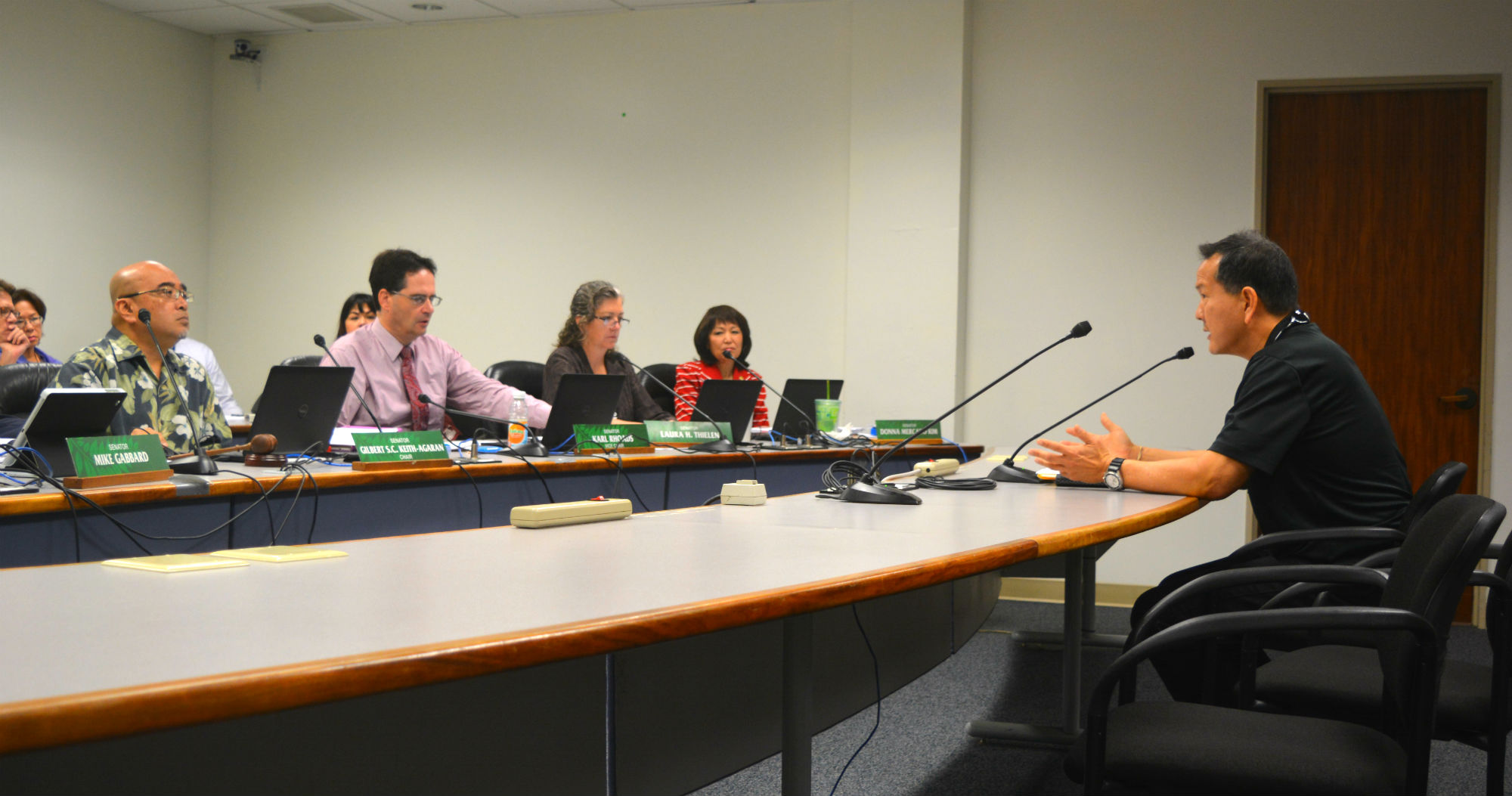 How much would you pay for a scoop of ice cream? That’s what Dirk Koeppenkastrop asked the legislature this month during a hearing for a bill that would raise the minimum wage to $15 an hour by 2019.

Koeppenkastrop said that he currently serves his gelato for $3.75 a scoop, but if the wage increased to $15 an hour, he would be forced to raise prices. According to the business owner, “Our scoop price could go up to $5 for a scoop of ice cream. Would you pay $5 for a single scoop?”

Senator Karl Rhoads introduced Senate Bill 107, which he told the Honolulu Star-Advertiser would help the guys at the bottom of the totem pole.

But local business owners showed up in force at the hearing to share insight on how the bill would do just the opposite, and would potentially put employees, and employers, out of business.

Tom Jones, owner of Gyotaku restaurant in Honolulu, told lawmakers, “The restaurant industry should be getting credit for the number of jobs that we provide to single moms, transitioning people from incarceration, and also employees with physical or emotional and mental challenges. We’re an entry level position for a lot of those people . . . these are the positions that we really want to protect.” Tom Jones, owner of Gyotaku Restaurant, said that increasing the minimum wage would hurt the people it’s supposed to help.

Michael Miller, Director of Operations of Tiki’s Grill & Bar, said that a low wage job can help unskilled workers enter the workforce and move up the ladder, gaining responsibilities and eventually, a larger salary.

“I started at McDonald’s,” said Michael, “worked my way through college at different restaurants, and now I’m the director of operations of 150 people . . . Our general manager started out as a busboy.” Other supporters like Nicole Woo, Senior Policy Analyst at the Hawaii Appleseed Center for Law and Economic Justice, said that Hawaii’s minimum wage of $10.10 in 2018 is the lowest in the nation when adjusted for cost of living. “That’s barely over $20,000 a year. That’s poverty wages. Even if we raise it to $15 an hour, we’re talking about $30,000 a year. And we all know, here in Hawaii that’s just not livable.”

But Lauren Zirbel, Executive Director of the Hawaii Food Industry Association, argued that the minimum wage is a training wage. “Our grocers are hiring high school students from the local community, and they’re training them from the ground up. And those kids go on to become leaders within the company,” said Zirbel.

Zirbel said that if the minimum wage was increased, many grocery stores today would simply replace workers with automated tablets, a trend that is increasing across the nation, and is popping up more frequently here in Hawaii.

Rick Nakashima, owner of Ruby Tuesday restaurant, agreed, “Many businesses will simply just put a tablet on the table, and release all these servers, and have food runners.”

Tina Yamaki, Retail Merchants of Hawaii, said that local businesses are already under a lot of pressure to compete with the rise of technology, and the lower costs of automation.

“We’re seeing more and more people going to the internet to purchase goods. Some of my retailers have indicated that we may have to look at having automated checkouts. That means they’ll be getting rid of cashiers.”

Lawmakers voted yes on Senate Bill 107, but changed the effective date to 2059, “to encourage further discussion.”

There are still many other minimum wage battles ahead at the legislature. With competition from technology and the threat of job loss, the legislature should be wary of well intentioned policies with harmful effects. Minimum wage hikes in Hawaii would lead to job losses, higher prices, and reduced income for local business owners.