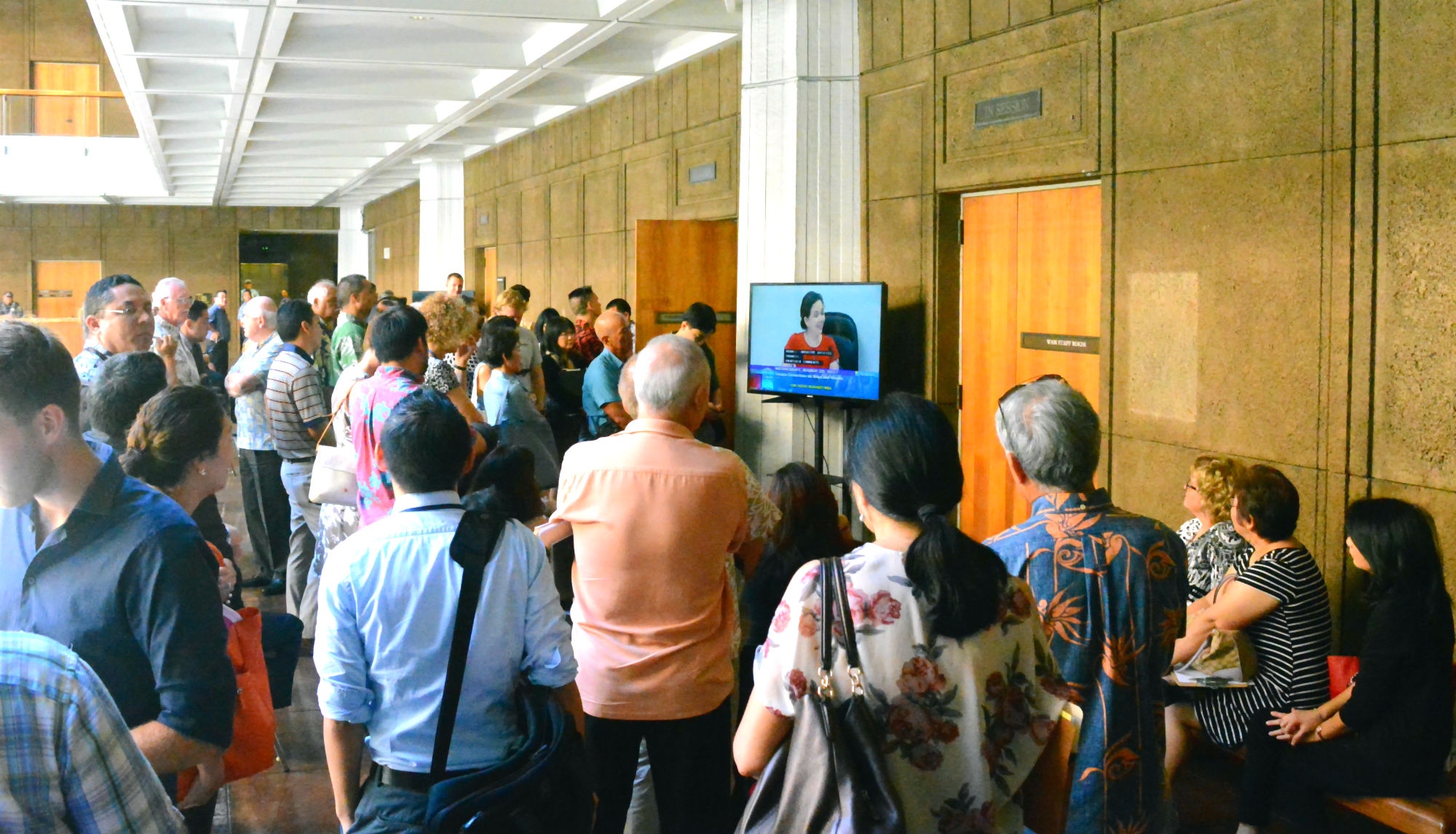 Hawaii lawmakers would like us to believe that they are cutting the state budget in the current legislative session, but it’s not true.

In reality, they are planning to increase state spending next year by more than $1 billion.

In their discussions so far this year at the state Capitol, our legislators have been laying the groundwork to spend $13.9 billion in fiscal 2018 — an increase of $1.04 billion over the $12.8 billion for the current fiscal year. 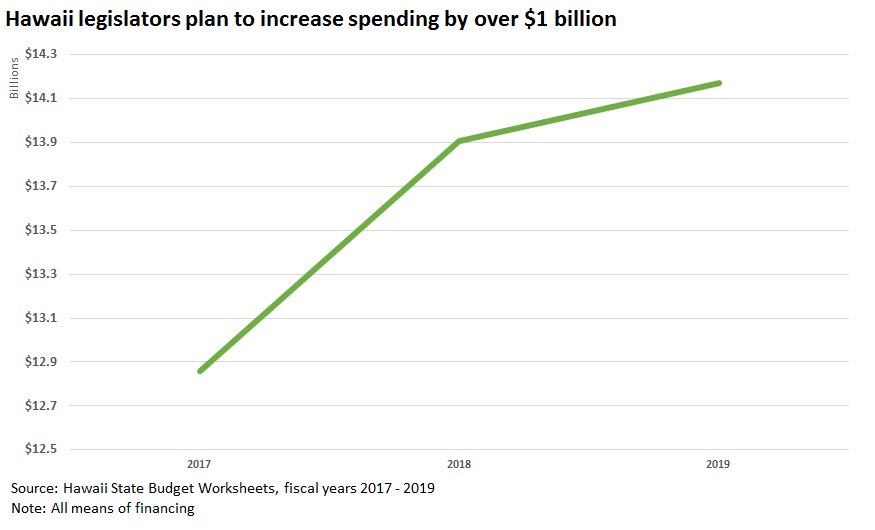 At the same time, legislators have been saying they are “cutting” hundreds of millions of dollars. But the “cuts” are only coming from the proposed increases in future spending.

In truth, they are working to increase spending by record amounts at a time when tax revenue projections are expected to dip. This could lead to an era of unbalanced budgets and deficit spending, as we’ve written about before.

Despite talks of cutting to the bone, our lawmakers have been planning to grow spending in almost every department. 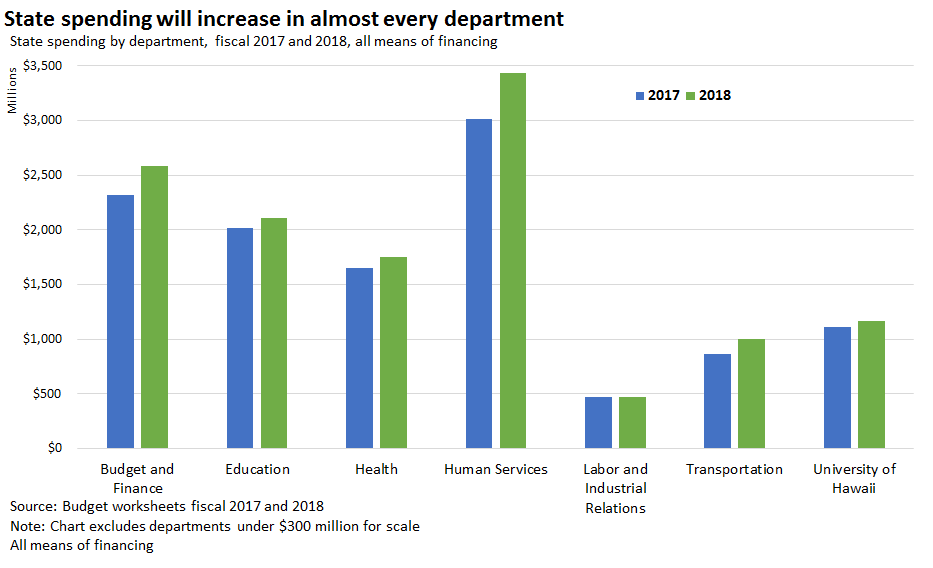 At the same time, they have cut back on payments to resolve Hawaii’s unfunded public pension liability crisis, which could put state government retirees in serious financial danger.

Over-promised benefits to public retirees currently total $12.4 billion, and this unfunded liability will need to be paid for eventually, but state leaders keep kicking the can down the road, hoping, apparently, that the problem will somehow solve itself.

Specifically, instead of making advance payments on the debt, the Legislature in its current session so far has opted to make the minimum required payment, while increasing spending across almost every other department.

At the current rate, Hawaii’s unfunded liability for pension debt is scheduled to be paid down in the year 2083, but even that may too optimistic. An actuarial valuation of the Employee Retirement System shows the debt doubling in the next 20 years, even as bigger and bigger payments are made into the fund, to the tune of hundreds of millions of dollars every year. 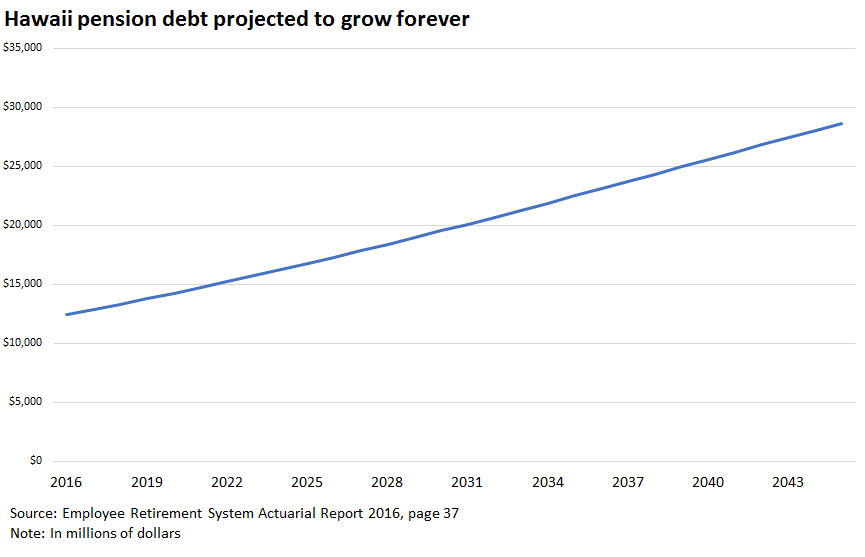 According to the Employee Retirement System valuation report, the time frame for paying down the debt “would push funding for the current membership well past the point in which a large majority of them would have died.” This means that many public retirees may not see the benefits that were promised to them.

The Legislature seems to have completely given up on trying to pay off the state’s pension problem, opting instead to boost state spending at almost all levels.

If Hawaii legislators wish to be fiscally responsible, they need to make real cuts in the state budget, and follow best practices across the nation to fix our public pension problem.

And they need to make the cuts and fixes now, while the state and national economies are still in relatively fair shape, instead of waiting for the house of cards that is our state budget and public pension system to fall in the future.

If our legislators won’t take their jobs as stewards of our tax dollars and economy seriously, we can only hope that the governor will step up and do what he can to prevent our canoe from tipping over.