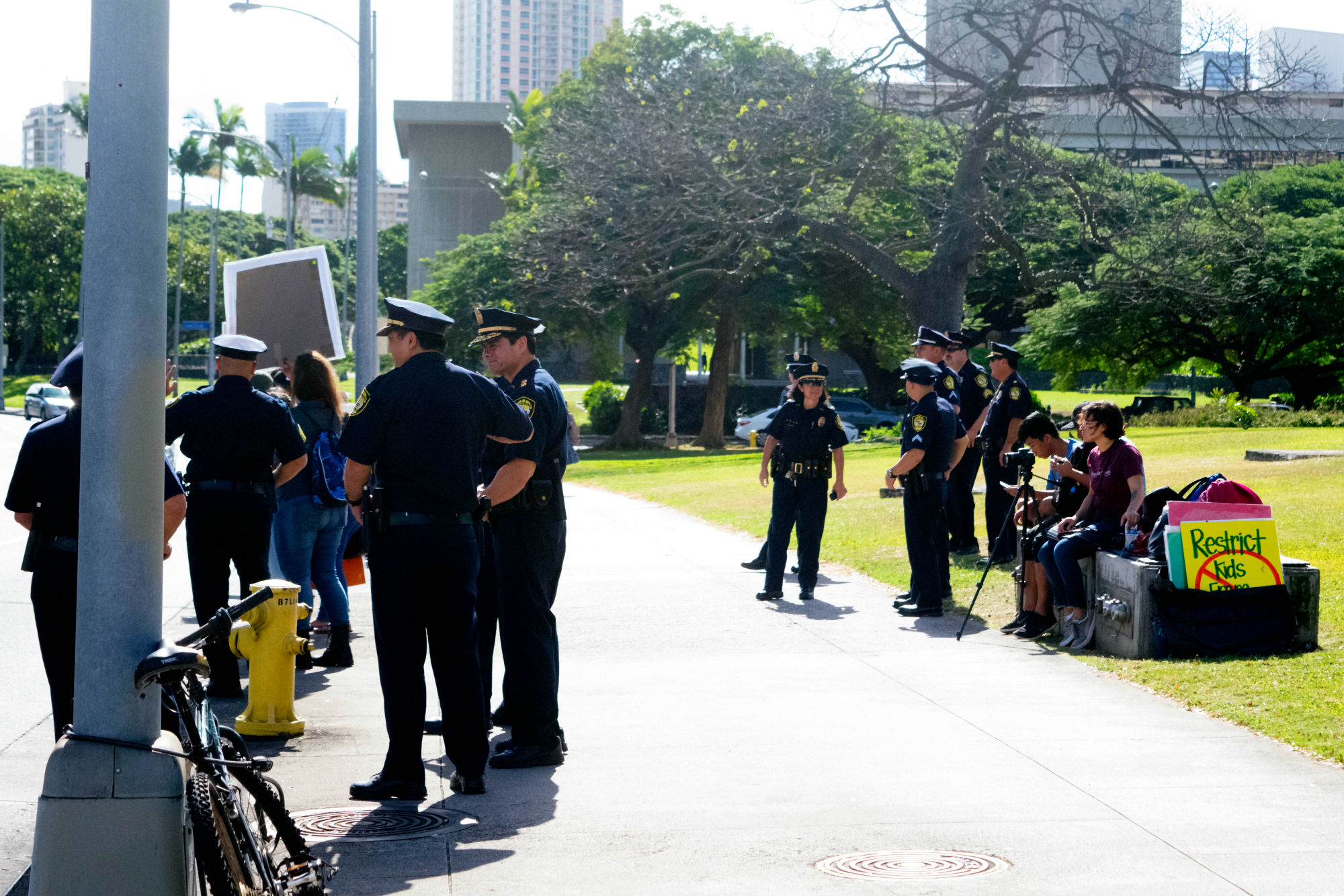 Hawaii’s police officers and firefighters have some of the most respected positions in the state … from an economic perspective, at least. In fact, new research from the Grassroot Institute suggests that Hawaii has a deep appreciation for public sector workers in general.

County workers throughout the state make higher wages than nearly all of their mainland counterparts (adjusted for the cost of living). And police and firefighters have the highest average wages of any Hawaii county employees at $75,000 per year, not including benefits or overtime.

And those benefits are well-known to be generous. Our research shows that government benefits in Hawaii have grown at a rate five times faster than benefits in the private sector. 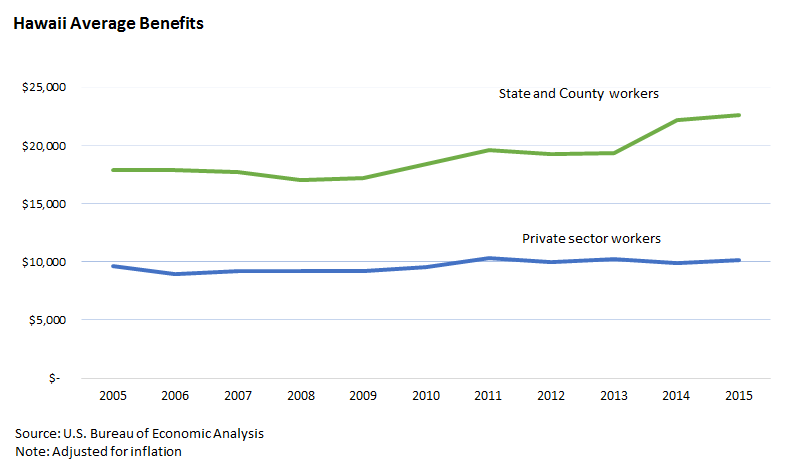 Given all of these attractions, it’s not a surprise that Hawaii’s public sector is growing faster than the private sector, where median wages are, on average, only $38,750 per year.

In short, our current rate of public sector growth is unsustainable. Generous employee benefits have landed the state in a pension crisis with unfunded liabilities now topping $23 billion. At this point, taxpayers are footing 76% of the bill for government workers’ pensions and health care, despite those workers only making up 15% of the total workforce. And any estimates of future costs are frustrated by the fact that the state continues to negotiate generous benefit packages without regard for the long-term effect on our budget and economy. 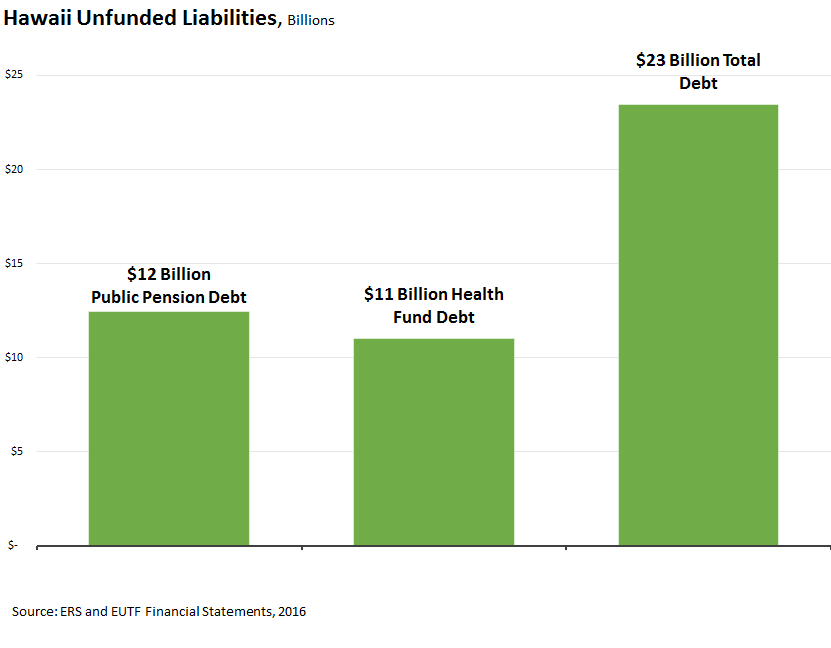 Governor Ige has made the right moves towards paying down the unfunded liabilities, but that’s only part of the problem. Unless we make a fundamental change in our pension system, the state is going to saddled with this debt for decades to come. Moreover, that debt will grow until it threatens not only government programs and services, but the jobs and retirement benefits of the workers themselves.

It is in the best interest of the state to ensure that our public sector workers are well provided for. But it is in everyone’s interest–those workers included–to make sure that we are not building a house of cards. We must work together to bring public sector salaries and benefits in line with what the private sector can support.