How to fix Hawaii’s pension problem 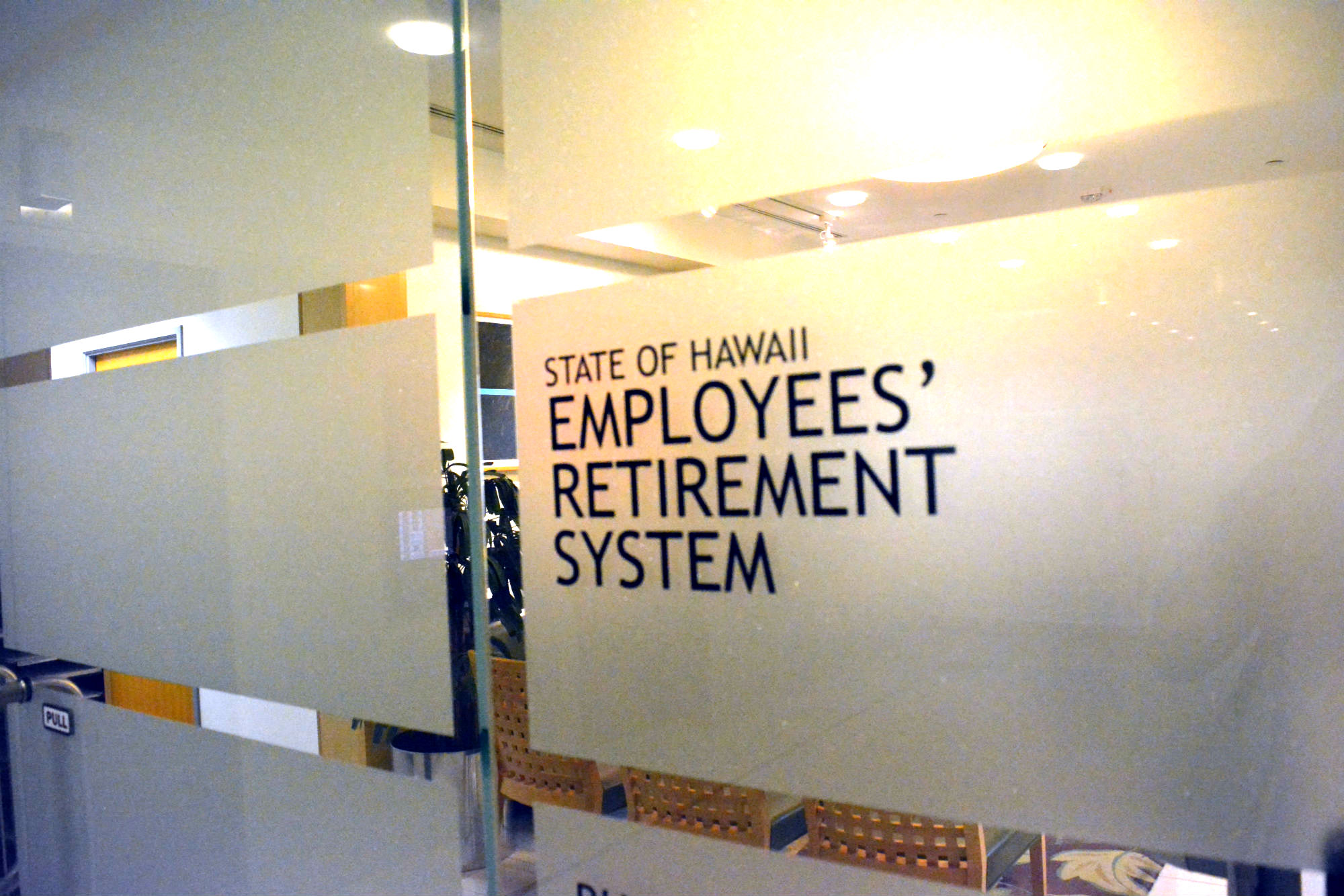 Imagine if you could take more money out of your bank account than you could put in.

As crazy as that sounds, that is exactly how Hawaii’s public pension system works, and it has resulted in a $12 billion debt problem.

Essentially, Hawaii’s public pension system has been operating like a Ponzi scheme, named after that infamous huckster Charles Ponzi (1882-1949) who defrauded investors in the early part of the last century by giving them large returns on their investments initially, but primarily at the expense of later investors who ended up with nothing.

In Hawaii, this system lives on in the form of the state’s pension program for former state employees, which now has reached the point where it has billions of dollars in unfunded liabilities.

Unless something creative is done, this could devastate thousands of state retirees who have been counting on payouts from that system, as well as Hawaii citizens overall who stand to be tapped as taxpayers to pay off the system’s growing debts, at the possible expense of various essential government services and their own economic and social well-being.

Known as a “defined-benefit” system, Hawaii’s public retirement program basically promises state workers generous benefits at the end of their working careers, regardless of how much money has been contributed to the fund. This defined-benefit system has created the growing debt problem, which has mushroomed to the highest level in the history of the state. 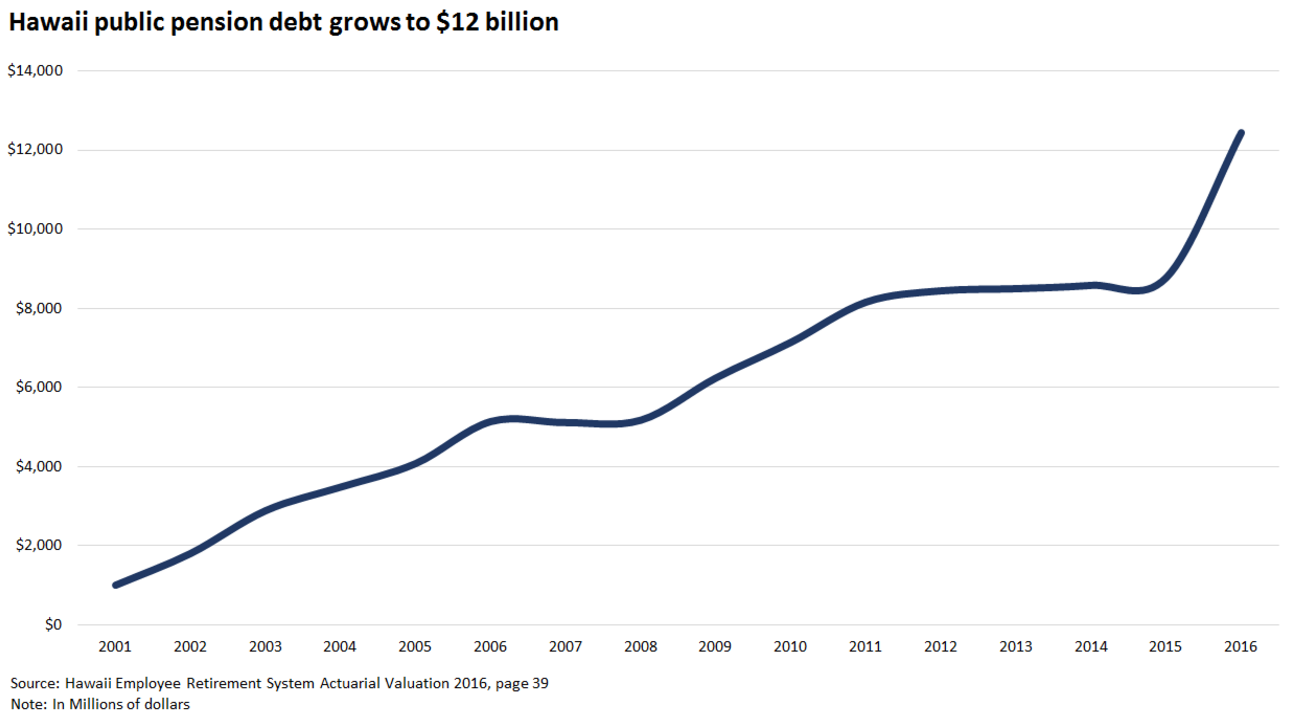 This looming debt problem has stumped Hawaii leaders for decades, but solutions to the problem could be simple, if modeled after best-practices in use around the nation.

One option is to switch to a “defined-contribution” system. Unlike a “defined-benefit” system, the defined-contribution plan promises government workers benefits based on how much money was contributed to the fund, similar to a 401(k). This balances revenues with expenses, so the pension system remains fully funded. 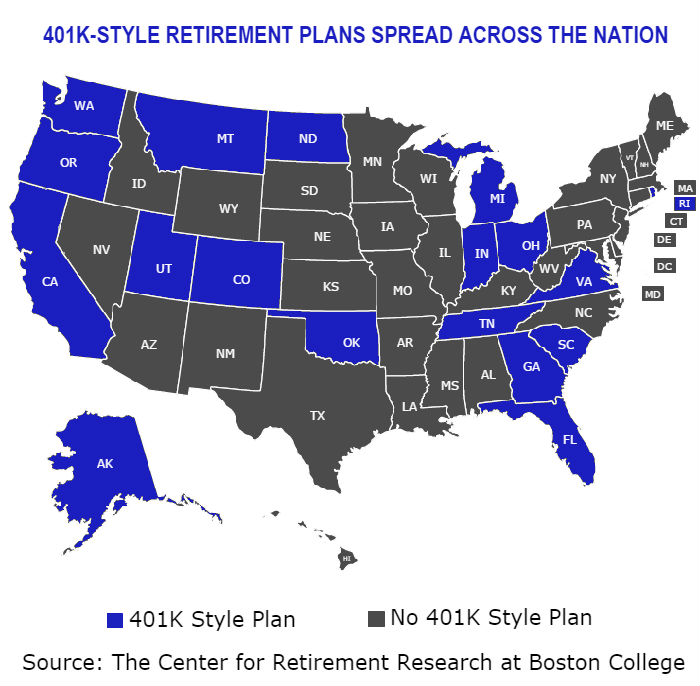 Hawaii would do well to learn from nationwide best-practices and switch to a retirement pension system that would keep the books balanced.

Developing solutions might be easy, but implementing them could prove to be more difficult, so long as political leaders in Hawaii opt for Band-aids to address the problem, such as raising taxes, insteading of dealing with the root cause.

Raising taxes will never completely fix the fundamental problem within Hawaii’s public pension system. The broken defined-benefit system will continue to make big promises to government workers without adequately funding those promises, and at some point, the money will run out.