As a Religion, Chinese Communism Has Failed: Rising Persecution Will Fail Too 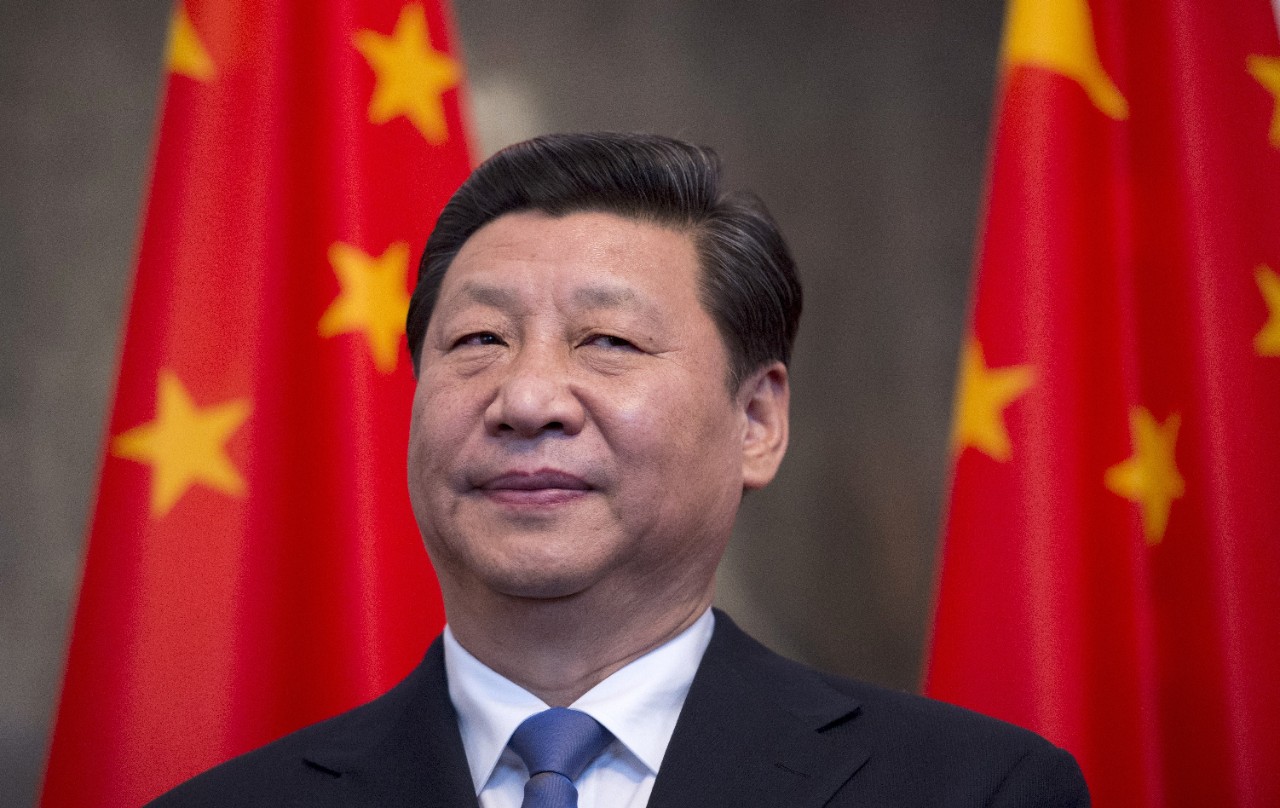 President Xi Jinping’s China is becoming a more fearful place. The government has cracked down both on dissent and contact with the West. Religious persecution also is rising: the Communist god that failed fears competition.

A new Freedom House report, “The Battle for China’s Spirit: Religious Revival, Repression, and Resistance under Xi Jinping,” details how “the authorities have intensified many of their restrictions, resulting in an overall increase in religious persecution” since Xi took power in November 2012.

The victims span the faith spectrum: “A Taoist disciple joins the order without knowing when he will be admitted to the priesthood. Dozens of Christians are barred from celebrating Christmas together. Tibetan monks are forced to learn reinterpretations of Buddhist doctrine during a ‘patriotic reeducation’ session. A Uighur Muslim farmer is sentenced to nine years in prison for praying in a field. And a 45-year-old father in northeastern China dies in custody days after being detained for practicing Falun Gong.”

This certainly doesn’t sound like a nation that addresses the world with growing confidence. Instead, persecution reveals a leadership that is nervous, even fearful. Communism as a serious ideology is dead. The Chinese Communist Party is filled with ambitious time-servers, people too smart to believe Marxist and Maoist nonsense but too venal to reject the fictions by which China’s rulers justify their power.

While the hardship faced by individual believers is very real, the long term prospects for religious liberty look promising

The People’s Republic of China was born in 1949. Mao Zedong and his fellow revolutionaries rejected the past and the West. The regime also insisted on being the only object of affection by the people. However, in the early years Beijing’s policy toward religion varied over time between pragmatic neglect and vicious persecution. The latter characterized the Cultural Revolution, a period of madness orchestrated by Mao.

However, his death, followed by reforms which provided greater economic freedom and personal autonomy, expanded the space for expressions of religious faith. Once granted, that liberty is not easily retracted. Indeed, Freedom House found that “believers have responded with a surprising degree of resistance, including in faith communities that have generally enjoyed cooperative relationships with state and party officials.”

Indeed, just as it is not entirely certain that Xi stands on the mountaintop as opposed to a precipice, so too it is not clear whether in persecuting believers the CCP is demonstrating strength or weakness. For there is no quicker way to turn religious believers into anti-government activists than to attack their faith. Repression begets resistance.

Explains Freedom House: “Rather than checking religion’s natural expansion and keeping it under political control, the CCP’s rigid constraints have essentially created an enormous black market, forcing many believers to operate outside the law and to view the regime as unreasonable, unjust, or illegitimate.” Combine that with broad public antagonism over pervasive corruption, and the CCP is facing a well-earned crisis of legitimacy.

Worse from Beijing’s viewpoint, religious believers are adopting tactics which can easily be adapted for political protests. Detailed the report: Christians, including those in the state-sanctioned “patriotic” associations, “have published joint letters, boycotted ceremonies, worshiped outdoors, asserted their legal rights, and physically blocked demolitions or cross removals. Many Christians also employ more subtle tactics to reduce the impact of state controls, such as incorporating religious outreach into charity work, attending private mountainside trainings, or cultivating cooperative relations with local officials.” Xi & Co. may regret what they have inadvertently triggered.

Every variant of Marxism views religion, especially organized faiths, as a threat. Last year Xi declared that CCP members must be “unyielding Marxist atheists. We should guide and educate the religious circle and their followers.” Of course, for him “guidance” means brutal repression if necessary. Whether Xi is a committed atheist by belief or simply an authoritarian realist who understands the challenge posed by religious faith is not clear, though in this case the results are the same.

Freedom House estimates there are some 350 million believers in China, more than a fourth of the population. There may be 185 million to 250 million Buddhists, 60 million to 80 million Protestant Christians, 21 million to 23 million Muslims, 7 million to 20 million Falun Gong practitioners, 12 million Catholic Christians, and 6 million to 8 million Tibetan Buddhists. (There are no numbers for Taoists.)

Xi’s record has been negative, but not entirely so. Falun Gong practitioners are slightly better off, though not out of any sense of communist benevolence. Explains Freedom House: “the imprisonment of former security czar Zhou Yongkang and other officials associated with the campaign as part of Xi’s anti-corruption drive, together with Falun Gong adherents’ efforts to educate and discourage policy from persecuting them, have had an impact.”

Catholics also may be doing slightly better despite some forced cross removals because “relations between Beijing and the Vatican have warmed since March 2013.” Their status might improve further if the two sides reach agreement on the appointment of bishops.

Little has changed for Taoists and Chinese Buddhists. Indeed, Xi appears to view both as tools “for realizing the party’s political and economic goals at home and abroad.” Hui Muslims are somewhat worse off, suffering “some intensified restrictions and Islamophobia.” So, too, Tibetan Muslims, who face some new measures “punishing assistance to self-immolators, canceling previously permitted festivals, increasing intrusive restrictions on private religious practice, and more proactively manipulating Tibetan Buddhist doctrine.”

Also topping the Xi government’s recent campaign are Protestants. Over the last three years “local authorities have intensified efforts to stem the spread of Christianity amid official rhetoric about the threat of ‘Western’ values and the need to ‘Sinicize’ religions. As the larger of the two main Christians denominations in China, Protestants have been particularly affected by cross-removal and church-demolition campaigns, punishment of state-sanctioned leaders, and the arrest of human rights lawyers who take up Christians’ cases.”

Freedom House’s findings are backed by other analysts and organizations. For instance, the State Department issues an annual report on religious liberty. The latest issue points to “reports that the government physically abused, detained, arrested, tortured, sentenced to prison, or harassed adherents of both registered and unregistered religious groups for activities relating to their religious beliefs and practices. Human rights organizations stated police shot and killed Uighur Muslims during house raids and protests after conflicts arose due to stricter government controls on religious expression and practice in the Xinjiang Uighur Autonomous Region. A Falun Gong group reported abductions, detention, and a death in police custody.”

The U.S. Commission on International Religious Freedom rates the PRC as a Country of Particular Concern for “its systematic, egregious, and ongoing abuses.” The violations of religious liberty are widespread: “the central and/or provincial governments continued to forcibly remove crosses and bulldoze churches, implement a discriminatory and at times violent crackdown on Uighur Muslims and Tibetan Buddhists and their rights; and harass, imprison, or otherwise detain Falun Gong practitioners, human rights defenders, and others.”

Of course, summary judgments and statistics sometime obscure the individual and community hardship involved. Believers die, go to prison, and lose their livelihoods while attempting to live out their faiths. Religious persecution is a crime, not a policy.

Despite all the bad news detailed by Freedom House and others, not everything is negative. Freedom House notes positive developments, such as a warming relationship between the Vatican and Beijing, and reduced persecution of Falun Gong practitioners, in part because of the purge of hostile local officials. Most important, despite intensive and repressive efforts, religious beliefs and groups “have survived or spread, representing a remarkable failure of the party’s repressive capability. Meanwhile, official actions are generating resentment, assertiveness, and activism among populations that might previously have been apolitical and largely content with CCP rule.”

In short, while the hardship faced by individual believers is very real, the long term prospects for religious liberty look promising. After all, religious faith is deeply rooted in China, far more than communism. For instance, Christianity is thought to have come to China in the 7th century. Either China’s rulers come to their political senses and choose to accommodate religious believers. Or Beijing continues on its current repressive course, making political upheaval and the collapse of communist rule more likely. Either way, the Chinese people eventually will be free to worship God as they wish.